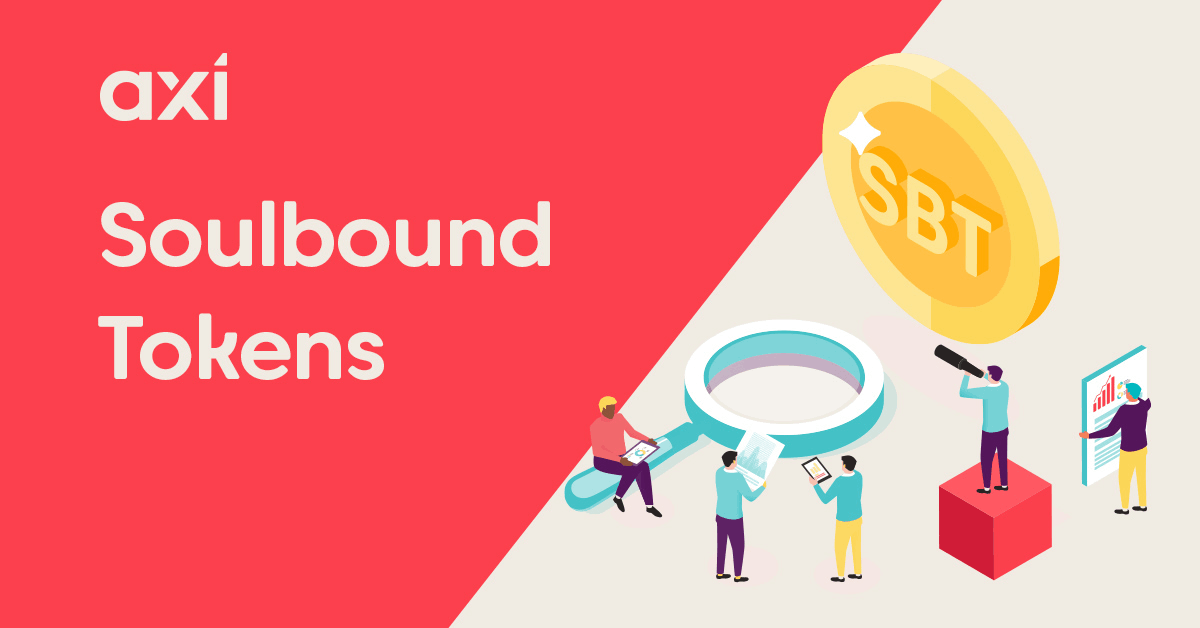 Crypto enthusiasts are familiar with the world of web3 and know about the stream of innovations emerging on a regular basis. One of these latest innovations is called Soulbound tokens (SBTs).

Think of a regular wallet which holds a driver's license, a library card and a card to the local sporting club, except this information will be stored in a digital wallet in the form of SBTs.

What are Soulbound Tokens (SBTs)?

Soulbound tokens (SBT) are non-transferable, publicly-verifiable digital tokens that can act as a type of CV for web3 users, showing an individual’s memberships, credentials, and affiliations.

The idea stemmed from the popular video game, World of Warcraft, which rewarded users with items known as 'soulbound', that can't be traded or sold to other characters.

Glen Weyl, Puja Ohlhaver, and Vitalik Buterin, in their whitepaper, described the concept of SBTs as a means to "eschew today’s hyper-financialization" of the web3 ecosystem so as to move to a Decentralized Society "encoding social relationships of trust."

Unlike NFTs and other cryptocurrencies that can be traded on the open market and transferred from one wallet to another, soulbound tokens as the name implies, are permanently bound to a wallet or account for its entire lifespan. Such wallets or accounts that host soulbound tokens are referred to as "Souls.”

Imagine having a blockchain account (Soul) that stores immutable records like educational credentials, employment history, or works detailing a person's experiences. Similar to a CV, SBTs can help to build a user's digital reputation among web3 solutions.

Additionally, an individual or entity could be a Soul that endorses a person after successfully conducting business together. This concept allows a soul to show integrity, trust, affiliations, and credibility, hence enabling web3 networks that aren't entirely built on money-oriented frameworks but are based on provenance and reputation. 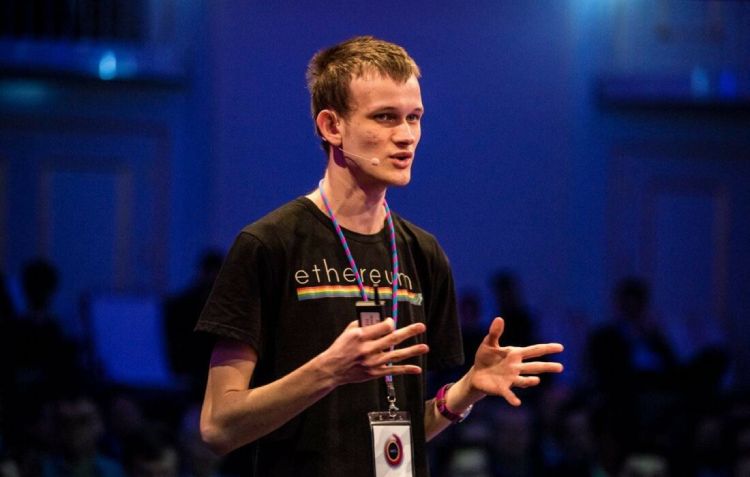 How do Soulbound Tokens (SBTs) work?

Soulbound tokens function in a similar manner to NFTs apart from their non-transferability, which is also why Ethereum creator Vitalik Buterin refers to them as non-transferable NFTs. They are non-fungible i.e they can't be interchanged, with each token being unique and non-transferable.

Souls can issue self-certified SBTs to themselves. However, a prevalent process is when other Souls or SBT creators issue an SBT to another Soul's address. The SBT, its issuer, and Soul's address can be publicly verified on the blockchain. Hence, anyone can easily track or prove the trust circles of a particular Soul.

What's the point of a token that can never be transferred?

Web3 and its ecosystem of decentralised solutions have recorded substantial growth in a short time, introducing several innovations that are challenging the norms in many industries of the world today. But even with such significant growth, web3 has many limitations that are preventing it from reaching the next level.

While concepts such as proof of work, proof of stake, smart contracts, and public/private keys have helped in solving some of these issues, others linger in the ecosystem.

One of the major problems is the trust factor lacking in web3.

Every human interaction or business transaction is based on trust levels among stakeholders but web3 is crippled in this area because of the high level of privacy and anonymity in web3 protocols. This has made web3 protocols heavily reliant on the centralised structures of web2, which it is meant to replace.

Soulbound tokens could provide the missing link to bridge the trust gap in web3. Their non-transferability enables them to serve as a means of building social identities that allow protocols and individuals to function based on trust while maintaining privacy at the same time.

How will SBTs help us in everyday life?

Soulbound tokens or SBTs could unlock benefits that can transform how we currently view social identities in real life.

For example, NFTs serve as a way to prove what a person owns, and the things they can afford, support content creators, and even improve crowdfunding efforts. However, beyond the incentive of money, SBTs improve upon the NFT concept to serve as a way for people to prove who they are and confirm their reputation.

With SBTs users can observe the immutable history of people before conducting business with them. For example, SBTs can be used to confirm the experience of a candidate before employing them. A person can observe the SBTs of people before leasing a property to them. The upside opportunities SBTs can potentially bring to the world are quite enormous and they can even enable the realisation of a completely decentralised society.

When will Soulbound Tokens be available?

Soulbound tokens are a new concept and many are actively researching them, especially after this blog post in January 2022 written by Vitalik Buterin. As a result, many questions need to be answered before SBTs go live.

Vitalik Buterin has stated that experiments around the concept will begin on the Ethereum blockchain soon. However, there isn't an exact date for when they will go live as anyone can launch one sooner than expected.

What will happen if we lose a Soulbound Token?

Losing soulbound tokens implies the loss of a Soul - the private keys of a wallet - since they are permanently bound to Souls.

A social recovery method can be explored where someone curates a list of guardians - institutions, individuals, or wallets - that can help a person reset their private keys. However, this system poses certain operational risks.

Vitalik Buterin proposed a community recovery method where guardians are not curated but determined by a "maximally broad set of real-time relationships" a Soul has across different communities. The guardians can then help to recover the Soul for its owner. Hence, helping to remove the possibility of Soul theft or sale.

What are the use cases of SBTs in everyday life?

The heavy reliance on centralized systems for NFT provenance poses the risk of a central point of failure. For example, a temporary downtime in OpenSea saw the NFT profile pictures of people on Twitter taken down.

With SBTs, creators can mint their NFTs directly from their Souls. And the more SBTs from that Soul, the easier it becomes to prove the legitimacy of the NFTs, allowing creators and artists to build a reputation on the scarcity of an item.

The current model of coin voting in most DAOs poses system risks for a Sybil attack as an individual can effectively buy up 51% of a DAO's token to gain control over the protocol.

Additionally, most token holders in a DAO don’t have the expertise required in making critical decisions.

SBTs can help to solve this challenge by representing voting rights in DAOs. Since they aren't transferable, a whale, for example, will be unable to buy up the required tokens to conduct a Sybil attack. Moreover, voting rights can be conferred to Souls who hold related SBTs like licenses, educational credentials, endorsement from other Souls, etc.

With SBTs, DeFi protocols can issue uncollateralised loans by leveraging a Soul's real-time relationships across several communities as a social credit score.

When conducting interviews for employment, the process is accelerated by scanning through the CVs of candidates to know if they are fit for the intended role. However, it can be challenging sometimes to confirm the validity of a candidate's claims.

For example, health institutions have encountered a series of events where inexperienced medical personnel lie about their CV, and eventually, administer wrong medications to patients during employment.

SBTs solve these challenges since they can serve as a digital CV that can be publicly verified. Employment decisions can be made based on the SBTs a Soul has received from other organisations like universities and related institutions.

Crypto projects usually form new communities by launching airdrops or carrying out token sales. But this process is often subject to Sybil attacks and it fails to attract the right community.

With the concept of Souldrops as mentioned in Vitalik Buterin's whitepaper, projects can attract the right communities by conducting airdrops based on computations from the SBT or other tokens within a Soul.

For example, a project based on improving sustainability can airdrop governance tokens to Souls that have SBTs signifying their involvement in different sustainable activities in the past.

Discover the advantages and disadvantages of SBTs, the latest innovation in the blockchain space.

*Cryptocurrency CFDs can only be traded by Professional Clients due to FCA regulations.

We hope that this guide will help traders on their journey to buying, owning, and trading crypto. To start trading cryptocurrency CFDs with Axi today, click here.

Cryptocurrency is a form of digital currency that is designed to be secure and, in many cases, anonymous. In recent years its popularity has skyrocketed, find out why in this guide.