Bitcoin halving: How does it affect Bitcoin's price? 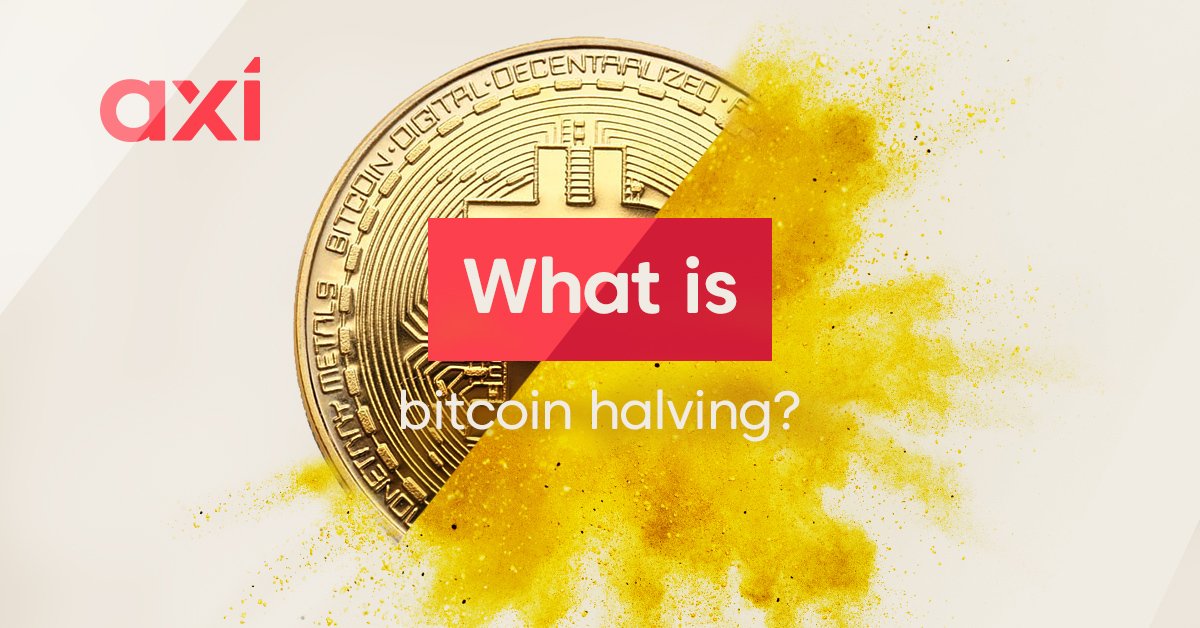 Bitcoin is the most successful cryptocurrency, largely to the ingenuity of its design. A combination of economic incentives paired with advanced cryptography, an innovative consensus protocol and a hard-coded monetary policy has enabled Bitcoin to become a new type of money that many consider superior to existing currencies.

One of the essential aspects that drives bitcoin’s long-term price development is the so-called “Bitcoin halving,” which helps to create disinflationary pressure on the digital currency.

In this guide on Bitcoin halving, we will cover:

What is Bitcoin halving?

Bitcoin halving is an event that occurs in the Bitcoin network where the reward for successfully mining new blocks is halved at regular intervals. During a halving event, the reward bitcoin miners receive for confirming bitcoin transactions is reduced by 50%, hence reducing the rate at which new bitcoin units are released into circulation.

The halving happens after every 210,000 blocks (roughly four years) have been mined and will continue until 2140 when the 32nd halving will occur. By then, bitcoin will have hit its maximum supply, at which point miners will receive rewards in transaction fees paid by users as an incentive to continue confirming transactions.

When Bitcoin launched initially, the mining rewards for each block was 50 BTC and over 10.5 million BTC were mined within four years. The reward has since been reduced to 6.25 BTC after three successful halvings.

The Bitcoin halving is one of the most important tokenomics behind Bitcoin as it ensures there's a gradual release of bitcoin into the market while maintaining a maximum supply capped at 21 million. As of the time of writing, 18.89 million BTC (90%) has already been mined, leaving just 2.11 million BTC to be mined across the space of 119 years.

How does Bitcoin halving work?

The Bitcoin halving mechanism is coded in the Bitcoin software. Halving is not dependent on any third party or central authority as the whole process occurs automatically. When transactions occur in the Bitcoin network, they are stacked into groups called blocks and miners receive rewards for successfully validating transactions in a block. The Bitcoin protocol automatically halves the reward miners receive whenever a total of 210,000 blocks is mined.

Three Bitcoin halvings have occurred so far, with the first happening in 2012 after 210,000 blocks were mined, splitting block rewards from 50 BTC to 25 BTC. The second followed in 2016 on the mining of the 420,000th block, reducing reward to 12.5 BTC. The third halving, which is the most recent, happened in May 2020, further reducing mining rewards to 6.25 BTC. The final halving will happen in 2140 of which the reward system will be switched to transaction fees only.

A proof of work (PoW) consensus mechanism is used where nodes in the network (called miners) solve complex mathematical problems to be rewarded with new units of bitcoin.

Miners verify and validate transactions, which are then bundled into blocks that cannot be changed once they have become part of the Bitcoin blockchain. If 51% (or more) of nodes in the network honour the block, the miner receives a block reward for the time and energy spent. It’s through this process that new bitcoin units are released into circulation. Bitcoin miners currently receive 6.25 BTC as block rewards in addition to transaction fees.

When Bitcoin was initially created, anyone could participate in mining through a personal computer, but over time the network has expanded and mining difficulty has increased leading to the use of powerful hardware like GPUs and ASICs. Some miners pool their computing power together to enable them to earn rewards faster.

When is the next Bitcoin halving event?

For this halving, the total block reward received by miners will be cut in half from 6.25 BTC to 3.125 BTC.

Since it’s creation in 2009, Bitcoin has had 3 halvings. Find out when the bitcoin halving has happened in the past, starting with the first one in 2012.

2012 - This was the first halving in the bitcoin network and there were tensions about how the halving economics of Satoshi will affect the growth of bitcoin - will it control inflation or mark the end for bitcoin?

2016 - This was the second halving and the date was highly anticipated in the crypto community. Also, bitcoin was gaining increased acceptance and popularity among investors leading to a short-term price increase before the halving date of July 9.

When the number 420,000 block was mined, the bitcoin block reward was halved again to 12.5 BTC. At this time bitcoin was trading at $650.96. A few weeks after the halving, bitcoin was plunging. However, this was just a retreat for an exponential increase as the price of one bitcoin hit an all-time high of $20,089 after 526 days past the halving.

2020 - The third halving, which is the most recent, took place around several uncertainties, especially because of the impact of the COVID-19 crisis that caused the price of bitcoin to crash in March. However, the economics of Satoshi is turning out to be a masterstroke as bitcoin has been on an uptrend.

Read more → What is a hard fork in cryptocurrency?

What happens when Bitcoin halves?

Halving events in Bitcoin reduces the block reward for miners by 50%, meaning the rate at which new bitcoin enters circulation decreases.

The block reward miners receive for validating transactions was initially 50 BTC, but as a result of three halving events that have occurred in the Bitcoin network, the current block reward is 6.25 BTC.

Historically, Bitcoin halvings have resulted in a price increase in the months to follow. Although miners will receive fewer bitcoin for their costs, the price increase that follows will help cover any possible losses. But as the rewards continue to reduce, halving may not cause any significant price increase and some miners may be forced to leave the network.

What happens after the last Bitcoin halving?

Bitcoin halvings will cease when bitcoin reaches its maximum supply of 21 million BTC. At this point, miners will no longer receive block rewards in the form of newly minted bitcoin.

Instead, miners will be incentivised to continue validating transactions through the reward of transaction fees paid by users. Given how big the Bitcoin network is poised to be at that point, on-chain transaction fees will be high, rewarding miners for continuing to support the network.

What happens to Bitcoin price during halving?

Historically, the price of bitcoin always rose significantly after a halving event, but not immediately.

A close look at the past three halving events shows that a significant price rise usually begins after six to twelve months. Also, before a halving event, the price of bitcoin tends to rise as investors anticipate a price rally post-halving.

But whether a price rise will occur during the next halving is not certain as the circumstances surrounding these events are not the same.

Is Bitcoin halving good or bad?

Halving is one of the core economics attracting investors to bitcoin. This is because, unlike fiat currencies that are bound to be inflationary due to their ever-increasing supply, bitcoin is capped at a maximum supply and halvings reduce its inflation rate.

Generally, the Bitcoin halving is considered a good economical model as it creates disinflationary pressure on the digital currency, helping it to increase in value over time (provided demand for Bitcoin continues to grow).

However, Bitcoin has been subject to several criticisms because its design of halving and supply limit encourages users to hold onto their tokens without spending in the hopes of a significant price increase. This is why some consider bitcoin as an investment and not a transactional currency.

We hope that this guide will help traders on the journey to buying, holding, and trading crypto. Start by trading crypto CFDs with Axi today!