Most volatile currency pairs to trade in 2021 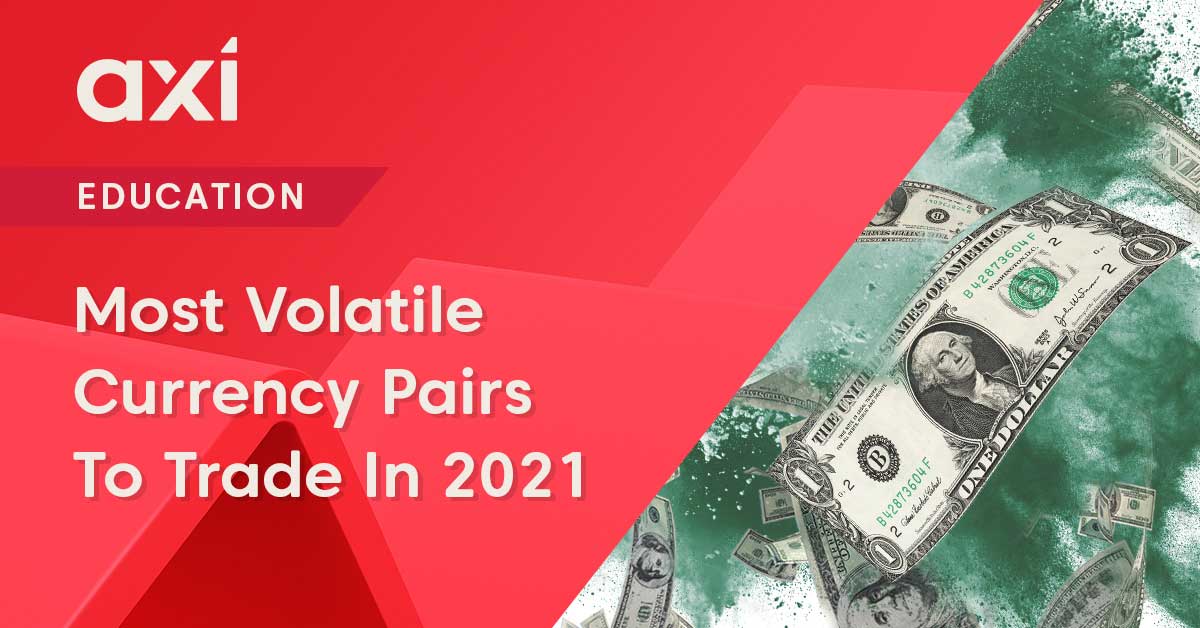 It's important for traders to conduct their own research on these currencies before investing as they may not provide a stable return on investment if their value fluctuates too much. The US Dollar is historically more stable than other major world currencies but some exotic crosses with the USD can be very volatile at times.

As part of a strong forex trading strategy, it's smart to monitor the US Dollar Index to see the value of the United States Dollar against the basket of other important currencies.

It's also worth noting that there are two types of volatility: "good" and "bad". If you're looking for some ways to capitalise on forex volatility while minimising risk then keep reading because we will look at the different groups of currency pairs and the most volatile and least volatile ones. Furthermore, we will discuss how to trade forex focusing on the volatile currencies identified.

In forex trading, volatility is a measure of the extent of changes in a currency´s value. It is measured by standard deviation – which is how much a price deviates from its mean. A volatile currency will see its value often deviate from the average. The most volatile currencies will generally have lower levels of liquidity, which means there are greater chances of drastic price movements in either direction or significant weekend gaps.

What are the most volatile currency pairs?

The most volatile currency pairs can sometimes be hard to determine since volatility can impact different currencies at all different times. The below pairs have generally seen times of high volatility.

What makes AUD/JPY (Australian Dollar vs. Japanese Yen) an interesting currency pair is the inverse relationship between those two major currencies. The Australian Dollar tends to be in demand when traders have risk appetite, while the Japanese Yen is a traditional safe haven currency people turn to in time of turbulence. The currency pair sees high volatility as it is highly sensitive to changes in market sentiment. 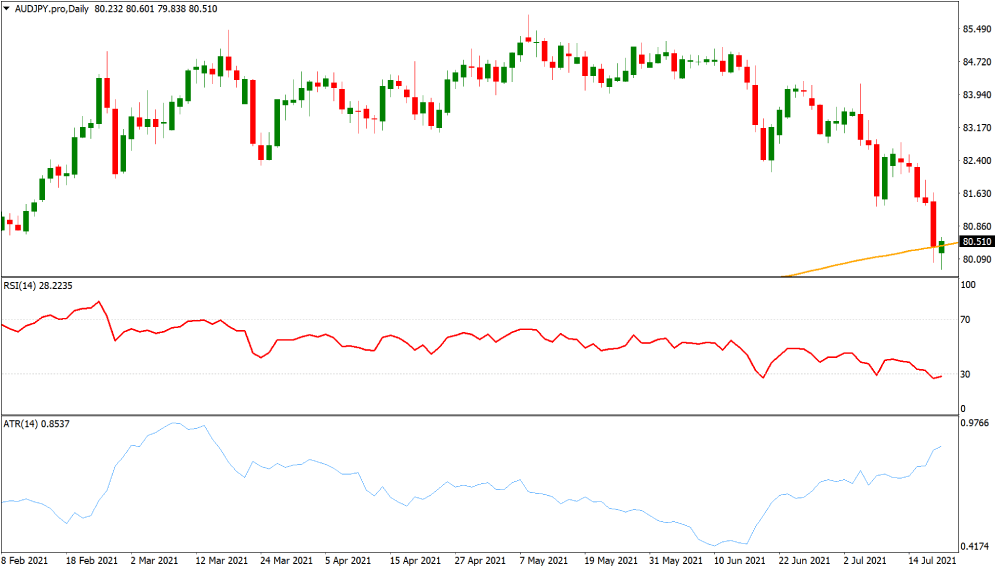 The Canadian Dollar has a similar inverse relationship to the Japanese Yen as has the Australian Dollar. CAD-pairs tend to be more sensitive to the movement of the oil price, however, which adds to its volatility. 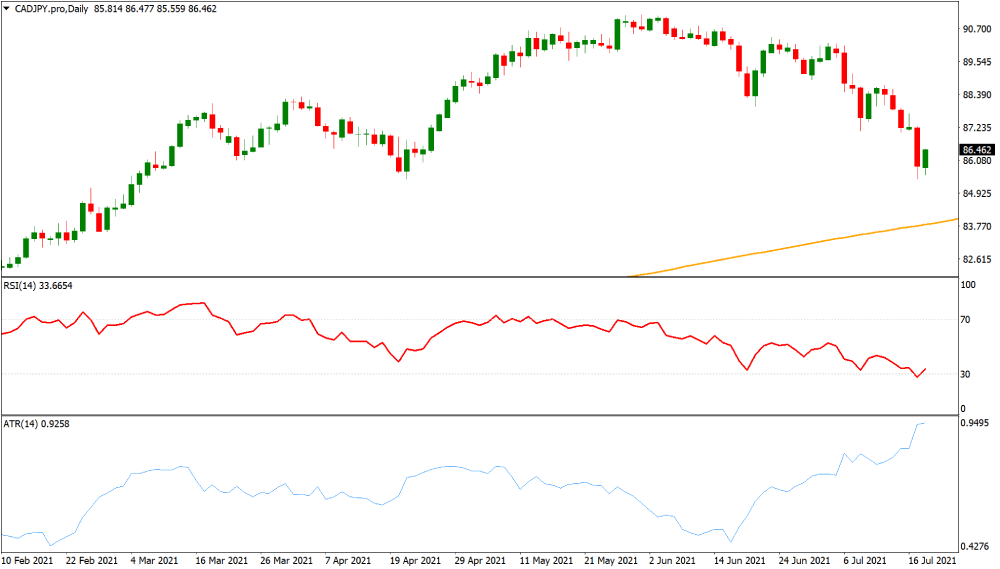 The British Pound has become increasingly volatile following the Brexit referendum, and GBP/AUD is amongst the most volatile GBP cross pairs. 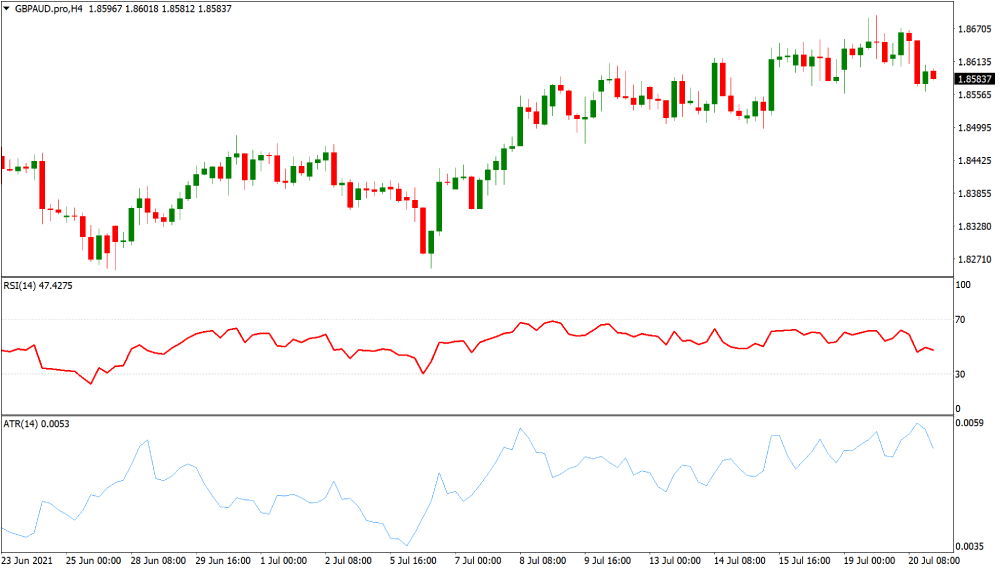 The Mexican Peso is one of the most liquid emerging market currencies, but still a volatile one. The oil price has a significant impact on the direction of the currency. Other factors are interest rate differentials and geopolitics. 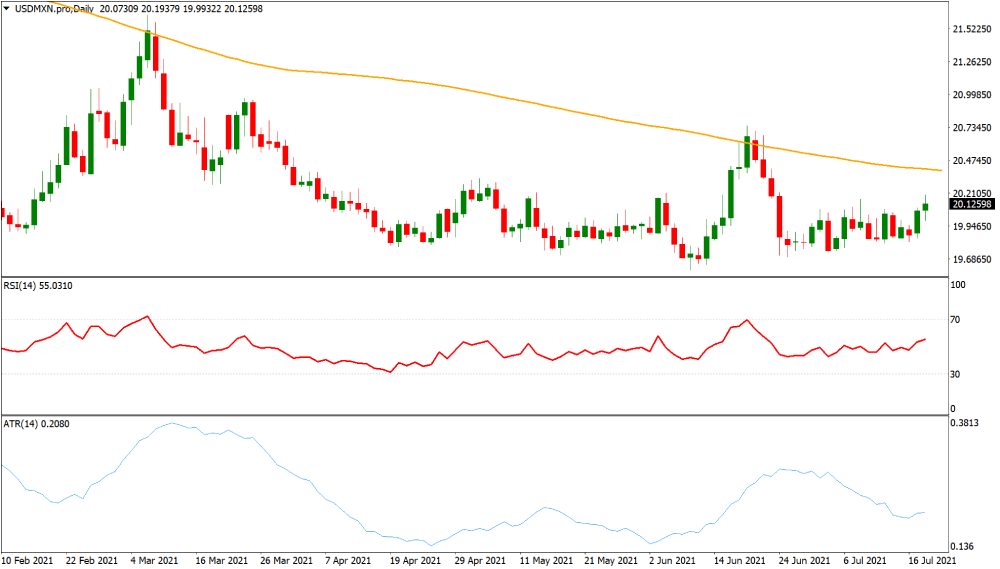 The South African Rand is generally seen as a "risk-on" currency and with South Africa being a major commodity exporter, it is also a commodity currency. 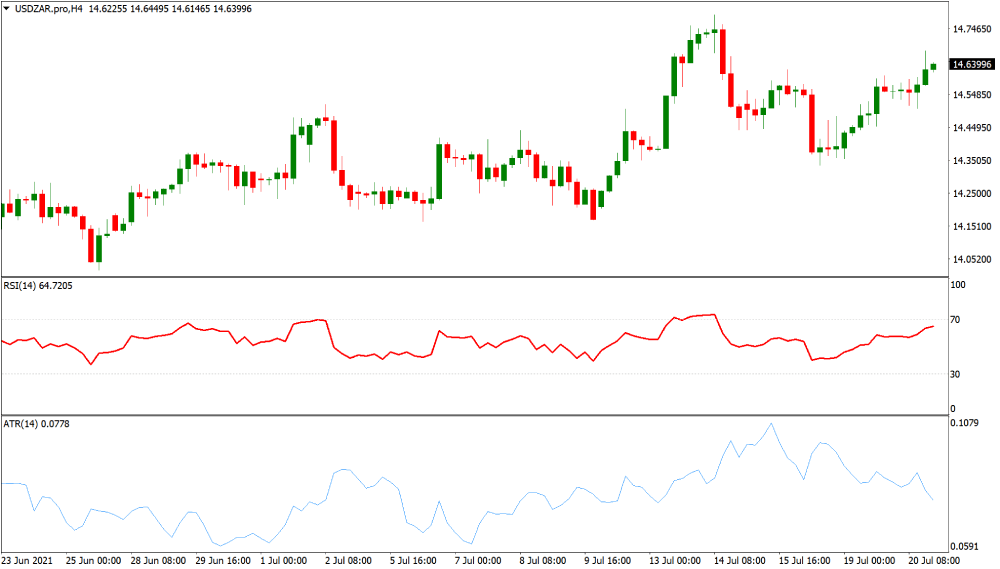 Political risks, an unstable central bank and large swings in interest rates are just some factors that make the Turkish Lira a volatile currency, and not one to trade for the faint-hearted. 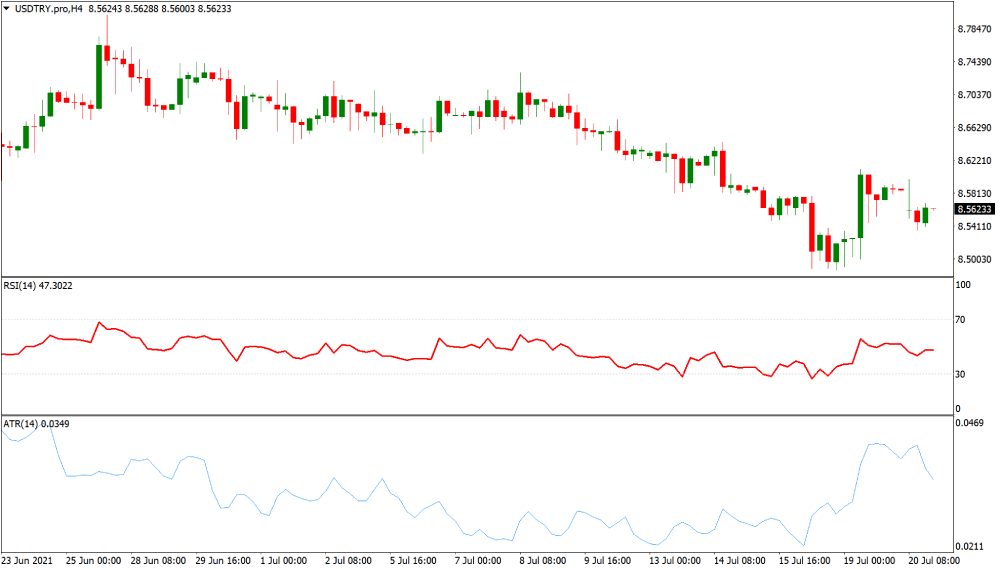 What are the least volatile currency pairs?

The Swiss Franc is a stable currency and seen as a safe haven. Except for the black swan event in 2015 and a few occasional "incidents", the CHF does not move much, especially against other major currencies such as the Euro and the US Dollar.

Both the US Dollar and the Japanese Yen are traditionally seen as safe havens, so the price swings can be limited, depending on the market environment. This can change when interest rates are rising in the United States, while remaining low in Japan, as the USD/JPY would then become a popular carry trade.

What are the most liquid currency pairs?

EUR/USD is the most liquid forex pair and represents 20-30% of the forex market by trading volume. According to the Bank for International Settlements Triennial Bank Survey, EUR/USD accounted for 24% of all trading volume in April 2019.

GBP/USD is the third most liquid currency pair with the British Pound one of the most popular currencies globally.

AUD/USD takes fourth place, with the Australian Dollar a major commodity currency. The AUD is particularly in demand when markets are in "risk-on" mode and with carry traders trading the interest rate differential (e.g. buying the high-yielding Aussie Dollar against the low-yielding Japanese Yen).

USD/CAD comes in fifth in this ranking. Canada is one of the largest economies in the world and a major oil exporter. The price of oil has therefore a large impact on the direction of the Canadian Dollar.

What is the difference between trading currency pairs with high volatility versus low volatility?

Currency pairs can generally be divided into the following three categories:

The major currency pairs include the most actively traded currency pairs in the forex market such as EUR/USD, GBP/USD, USD/JPY and USD/CHF. The US Dollar, Swiss Franc and Japanese Yen are considered to be the safe-haven currencies.

Minor currency pairs are pairs that do not include the US Dollar, but include at least one of the world's other major currencies. Examples for this are EUR/GBP, GBP/JPY and CAD/CHF.

Exotics usually consist of a major currency traded against a less traded currency or emerging market currency. These present some of the highest volatility readings, and include pairs like USD/TRY, USD/MXN and EUR/RUB.

Liquidity can be described as the ability to buy or sell a certain currency without causing a significant market move. For example, an order to buy 50 million of EUR/USD will hardly move this highly liquid currency pair, while it could have a notable impact on an exotic currency pair such as USD/TRY. Less liquid currency pairs also tend to have a wide spread, which increases the costs of trading for the forex trader.

How to trade currency pair volatility?

On the other hand, a trader that is using a breakout or trend-following strategy might want to look at volatile currency pairs - which could be anything from minor pairs such as EUR/JPY and GBP/JPY to exotic pairs like USD/ZAR and USD/TRY. Of course, major currency pairs should not be disregarded completely, but traders should closely monitor the different levels of volatility in those.

The risk appetite of a trader is also an important factor. While you could take large risk trading any currency pair, risk-averse traders might feel more comfortable trading currency pairs with less volatility as they cannot stomach the volatility and sharp reversals that comes with certain FX pairs such as the Turkish Lira and South African Rand crosses.