Essentials of a Trading Plan - Part 2: Goals and Risk Management 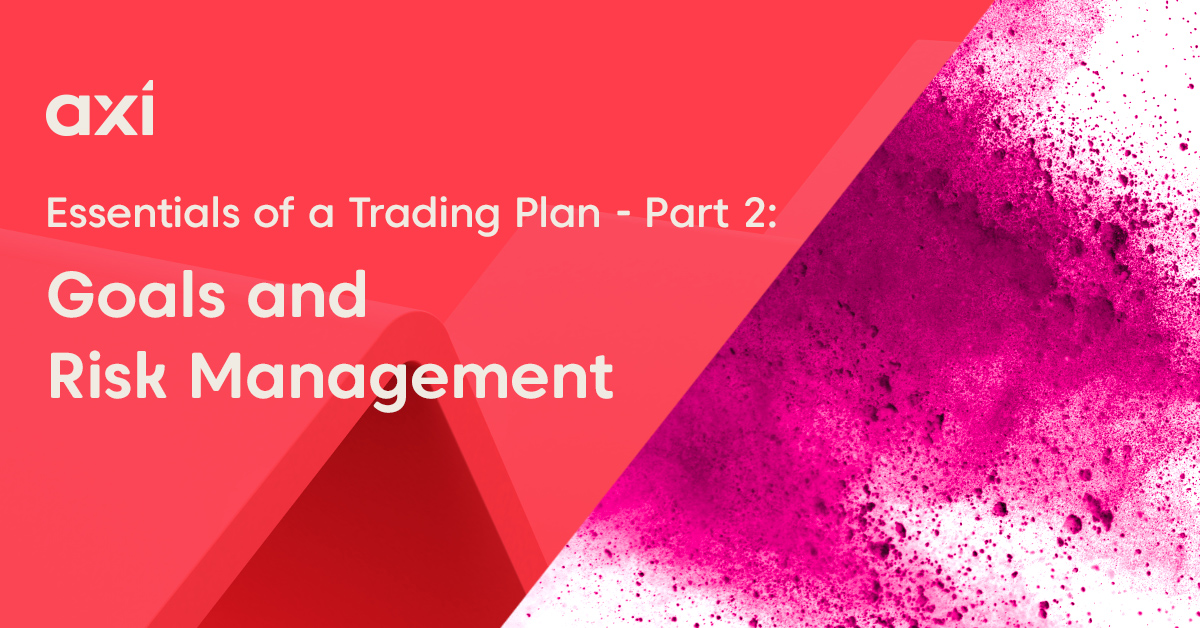 Is a trading plan static?

After covering the importance of having a trading plan, we will now discuss the structure of it.

It is important to mention again that a trading plan is a personal document. There is no correct or incorrect way of creating one. It should at least cover some key topics, but the structure and style of the trading plan depends on the preferences of each trader. Therefore, the content of this article should merely be considered as examples which might help in the process of creating a trading plan. Furthermore, please keep in mind that a trading plan changes continuously, as you might switch to a different strategy or increase/decrease your risk appetite. A trading plan is not something that is written once, and then left in its original form.

Setting goals in the trading plan

The first step of every trading plan is to set goals to achieve. It should explain why the purpose behind trading and what an individual wishes to achieve with it. Some traders have a certain number in mind – such as a certain percentage of return per month. Others prefer not to have specific numerical goals, but rather evaluate their overall development as traders. Again, there is no correct or wrong method here. Every trader should use what they feel most comfortable with. Stating the reason for being in this business and what the goals are will help with focusing on the bigger picture, and serve as a reminder for why the trader is investing so much time and effort into becoming a successful one.

The second part is all about risk management. To keep it simple, let us assume that the following example revolves around one single trading strategy. In the picture below, there are certain risk management criterias listed. The first is about defining the maximum risk a trader is willing to take per trade, and involves calculating the percentage before an order is executed. To avoid overtrading, it may be prudent to set a maximum of trades to take in a single day. Further, a limit can be set by defining the maximum number of consecutive losses before trading should stop. To elaborate, should there be an event when there are more than three consecutive losses, follow the 3R rule. This is an acronym for Rest, Reconsider and Restart.

The purpose of the 3R method is to help a trader calm down and prevent emotional trading. After a series of consecutive losses, it is natural to feel upset and to have an urge to make up for the losses as quickly as possible. Unfortunately, this may result in even larger losses. If the 3R rule has been followed, there will be time to think about what went wrong and to look at the market objectively again, instead of having skewed perceptions.

There is another approach to the 3R rule, which is for a maximum drawdown. This is the largest loss that a trader is willing to tolerate. It is important to note that this is not meant for each trade, but overall. For example, in a situation where a trader might be down 5 percent on their account, they might want to rest for at least 48 hours and analyse what went wrong exactly. It is easy to overtrade and to get emotional if there is a lack of a clear perspective and no rules in place.

Please be mindful that the numbers in the table above only serve as an example. An active trader who has i.e. 20-30 transactions a day might not see three consecutive trades as a major issue. A day trader might be looking at a higher number of trades. However, for someone who trades off the Daily Chart and has only a couple of trades per month, three consecutive losses might be considerable. Therefore, every trader needs to define their own level of risk undertaken.

Finally, there is the minimum risk-reward ratio. This is when a trader decides to stop and take profit orders in advance, which is very simple to calculate. Some traders set their minimum risk-reward ratio as 1:1. This means that if they are considering opening a trade that - according to their analysis - might generate 60 pips in potential profit, they are not willing to risk more than 60 pips either. If the trade would require a larger stop, the trader may decide not to take the trade. The idea behind this is not to risk more than the expected return.

In the next articles, we will cover the other four topics “Strategy”, “Entry”, “Trade Management” and “Trade Review”.

The information provided here has been produced by third parties and does not reflect the opinion of Axi. Axi has reproduced the information without alteration or verification and does not represent that this material is accurate, current, or complete and it should not be relied upon as such. The Information is not to be construed as a recommendation; or an offer to buy or sell; or the solicitation of an offer to buy or sell any security, financial product, or instrument; or to participate in any trading strategy. Readers should seek their own advice. Reproduction or redistribution of this information is not permitted.