Home / Blog / Education / What Is The US Dollar Index

What is the US Dollar Index and how is it calculated? 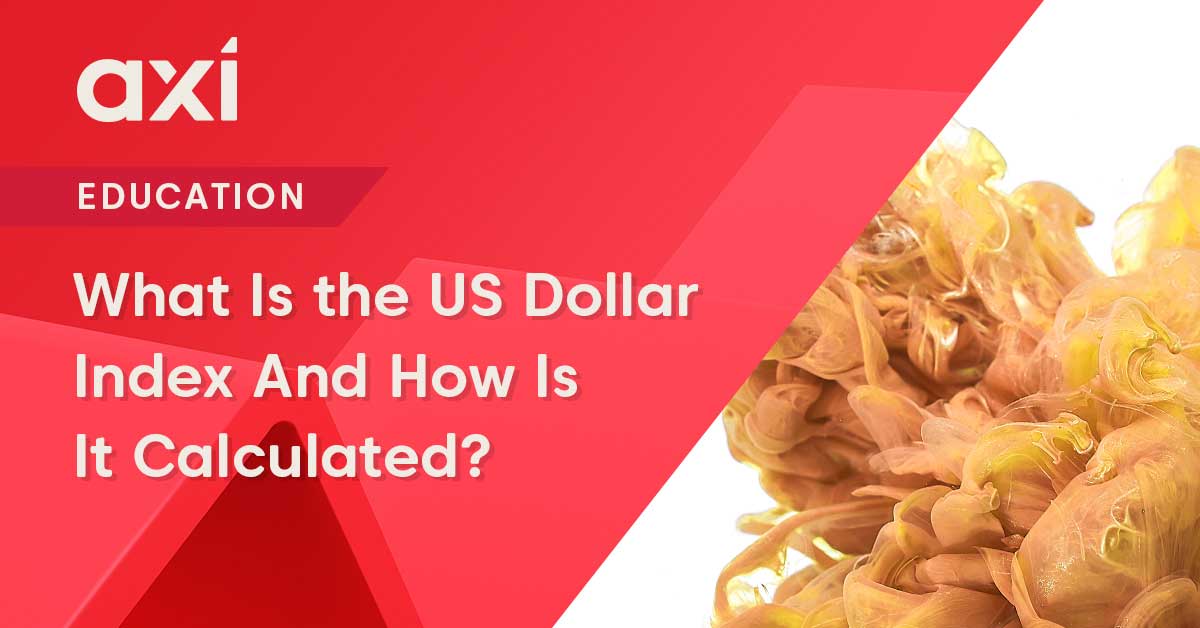 The US Dollar Index is a measure of the value of the dollar against six other major currencies. The index was created to help traders understand how strong or weak the U.S. dollar is in relation to foreign currencies such as the Euro, Canadian Dollar, and Japanese Yen. It can be used by forex traders looking for a tool that gauges whether it's time to buy or sell currencies based on what's happening with other world markets.

Continue reading to find out exactly how the US Dollar Index is calculated, how you can trade this index and why it is so important for forex traders to monitor.

What is the US Dollar Index?

The US Dollar Index is a measure of the value of the United States Dollar relative to a basket of foreign currencies. The basket of currencies consists of the Euro, Swiss Franc, Japanese Yen, Canadian Dollar, British Pound and the Swedish Krona.

Further reading: What is index trading?

What is the US Dollar Index symbol?

You can trade the US Dollar Index as a Future CFD with Axi.

How to trade the US Dollar Index?

You may trade the USINDEX.fs Monday to Friday - there is a daily break from 23:58 to 03:00 (MT4 server time). The minimal volume is 0.01 lot, while the maximal volume is 2 lots. No swap charges apply as the CFD is based on a futures contract.

Simply sign up for a demo trading account to practice trading the USINDEX.fs, or if you are ready to jump into the world of trading, make yourself a live trading account.

Why was the US Dollar Index created?

It was created shortly after the Bretton Woods Agreement collapsed, and its intention was to track the dollar's performance compared to the currencies of the main US trading partners. Since the 1980s, it has become tradable as a futures contract, and speculators have been using it as a way to speculate on the movement of the US Dollar against a basket of other major currencies.

How is the US Dollar Index calculated?

The USDX is a weighted geometric mean of the dollar's value compared to: 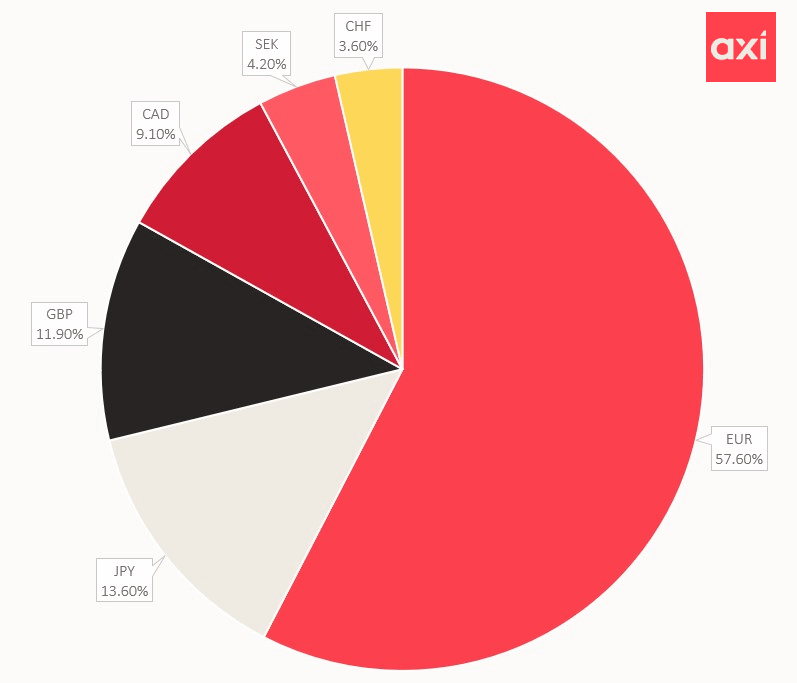 History of the USDX

The US Dollar Index was originally created by the U.S. central bank in 1973 to provide an external bilateral trade-weighted average value of the Greenback. This was triggered by the end of the Gold standard and the floating of currency exchange rates.

The Bretton Wood Agreement created a new monetary system in 1944, after which the U.S. Dollar rose to become the world's most important currency. Under the agreement, the countries would keep fixed exchange rates between their own currency and the U.S. Dollar.

The collapse of the system began in 1971 as the United States suffered from stagflation. President Nixon decided to unpeg the value of the dollar from gold, thus ending the Bretton Woods agreement.

Why is the US Dollar Index important for traders to know

Investors are keeping an eye on the U.S. Dollar Index as it allows them to monitor the value of the Greenback compared to a basket of major currencies. If a trader is convinced the US Dollar will appreciate across the board, it might be simpler to place a single trade betting on a rising US Dollar Index instead of having to manage multiple forex positions. Some market participants also use the US Dollar Index for hedging purposes. Find out more on how to trade indices to benefit from USDX price movement.

What affects the price of the USD Index?

The Dollar Index is affected by the supply and demand for the US Dollar and currencies that are part of the basket. Some factors that could move the index are:

Is the USD Index adjusted from time to time?

The last major adjustment was done when the Euro was introduced. This is one of the reasons why the index has been criticised in the past. The list of major US trading partners has changed significantly over the past four decades, and it is indeed strange to see the Swiss Franc and Swedish Krona represented and not the South Korean Won, Brazilian Real or Chinese Yuan - countries with which the United States already established significant trade relations.

European currencies are dominating the index, while Asian currencies are underrepresented. This is the reason why different Dollar indices consisting of a basket of other currencies might rise to prominence in the future.

What is the underlying instrument?

Analysing the US Dollar Index

If you are using technical analysis in your trading, you can analyse the US Dollar Index in pretty much the same way you would do any for any type of currency pair or stock index.

Applying fundamental analysis might prove slightly more difficult, as you would have to take into consideration data and information from various countries. Interest rates play a big role, especially when there is increased speculation that the Federal Reserve might change the course of its monetary policy.

However, if a trader plans to use the US Dollar Index to bet on the direction of the Dollar, they must always be mindful of the basket and the weightings. If the US Dollar is expected to decline against the commodity currencies such as the Australian and Canadian Dollar - for example, due to negative news or slower economic growth in those markets - but not much against the Euro, the US Dollar Index would not be an appropriate product, as the CAD weighting is low, and the Euro weighting high.