12 Ways to measure your trading performance 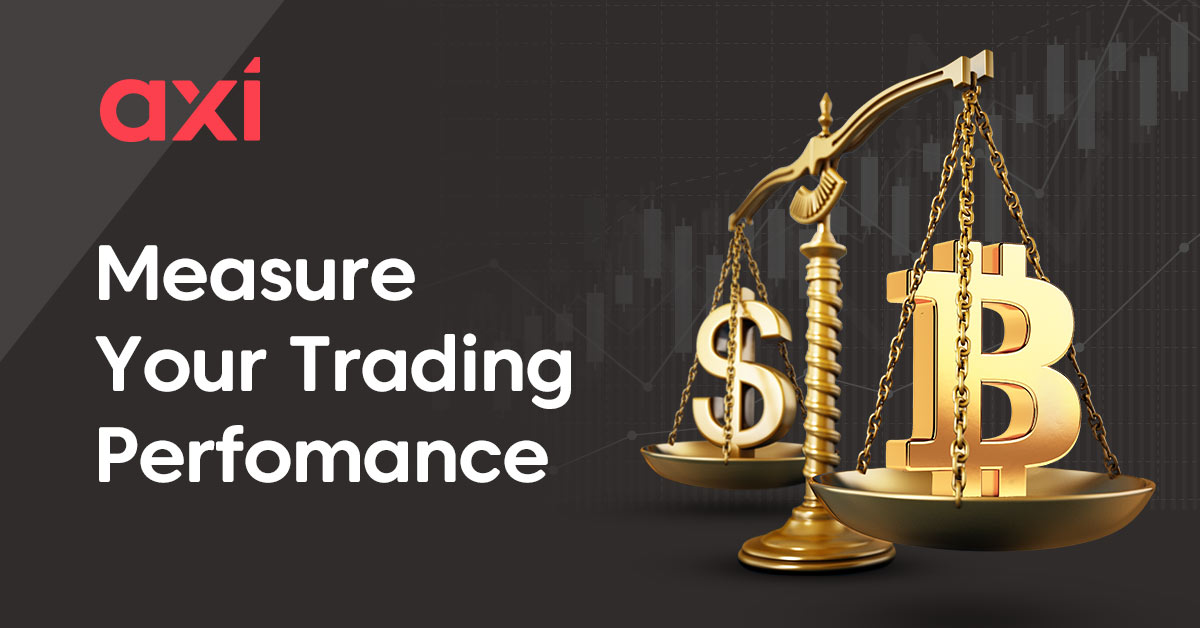 Focus, achievement and transparency. Three words that capture the essence of being able to track your performance as a trader.

It would be a fair assumption that you and your friend or family are highly competitive people.

The likelihood is, you have been competitive and looking to raise your standards as a youngster at school, on the sporting field, and then when you started your trading journey.

For most, none of this would have been possible without a way to measure and track your performance.

But the challenge is, trading is one of the most isolated activities around. You can’t exactly ask another trader to create a dashboard and share their results.

But wouldn’t it be nice if you had a community of traders where you can aim for consistent and measurable improvement?

Before we tell you how that is possible, let’s look at how to measure your trading performance and what the definition of good performance actually is.

What is trading performance?

The term 'trading performance' refers to a method of evaluating how a trader is doing with their trades.

An easy form of measuring performance may be a simple return on capital calculation. For example, if a trader deposits $1000 and achieves a profit of $500 during a certain period of time, his return would be 50 %.

However, focusing purely on your return and ignoring the rest isn't the best way to approach it and you would be missing out on a lot of useful information that can help you improve your trading. There are plenty of ways you can measure trading performance and in this article, we will discuss some of the most popular ones.

Trading performance reports are reports that provide you with a history of your trades along with key performance statistics.

In MT4, you can retrieve such a report at any time by selecting "Account History" within your terminal.

First of all, you will have to define the time period you want the report to cover. Once you have all the data you want within the "Account History" tab, you can again right-click anywhere within the tab and click on "Save as Detailed Report". 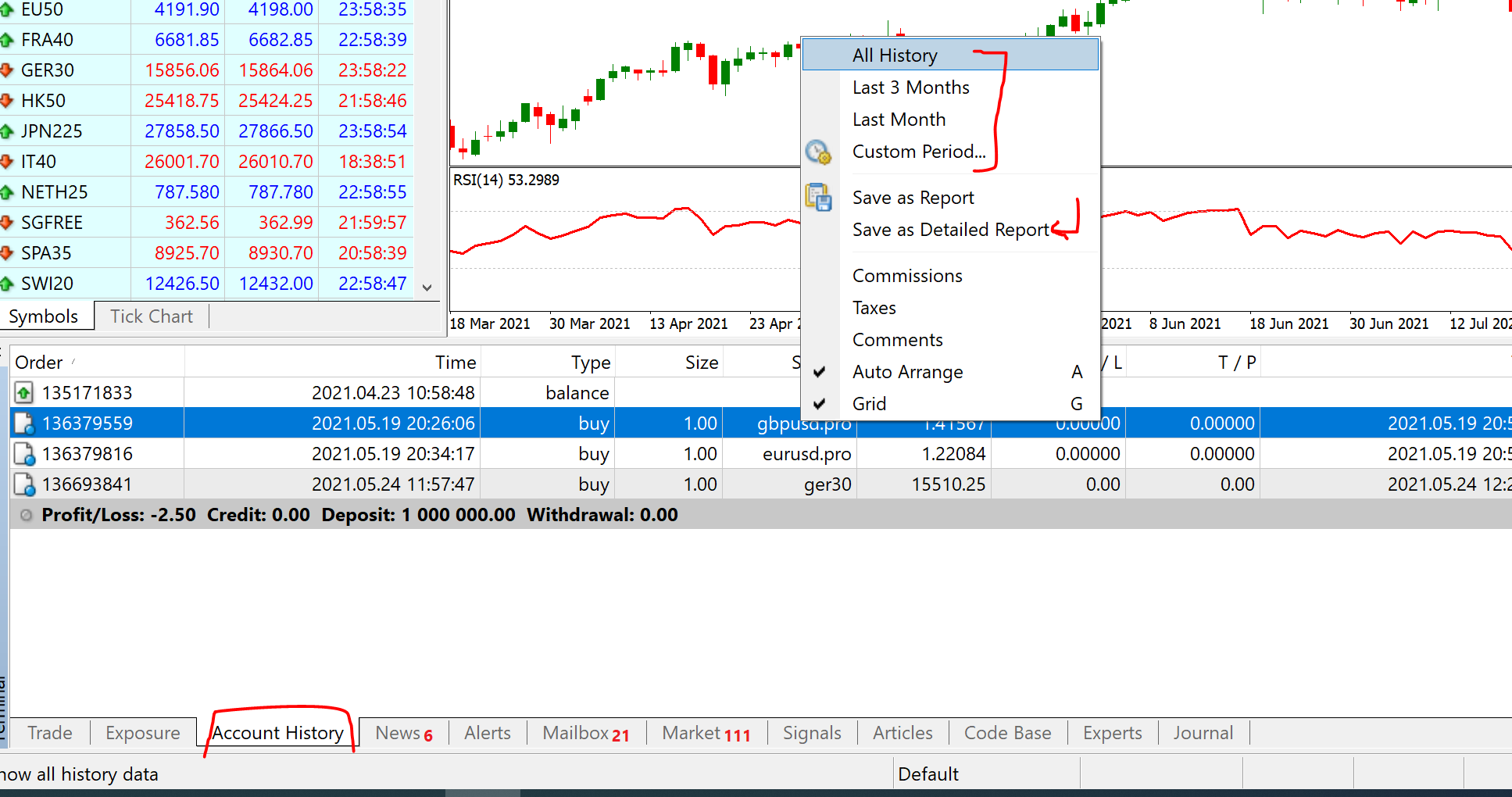 MT4 will generate a detailed report that will look as follows: 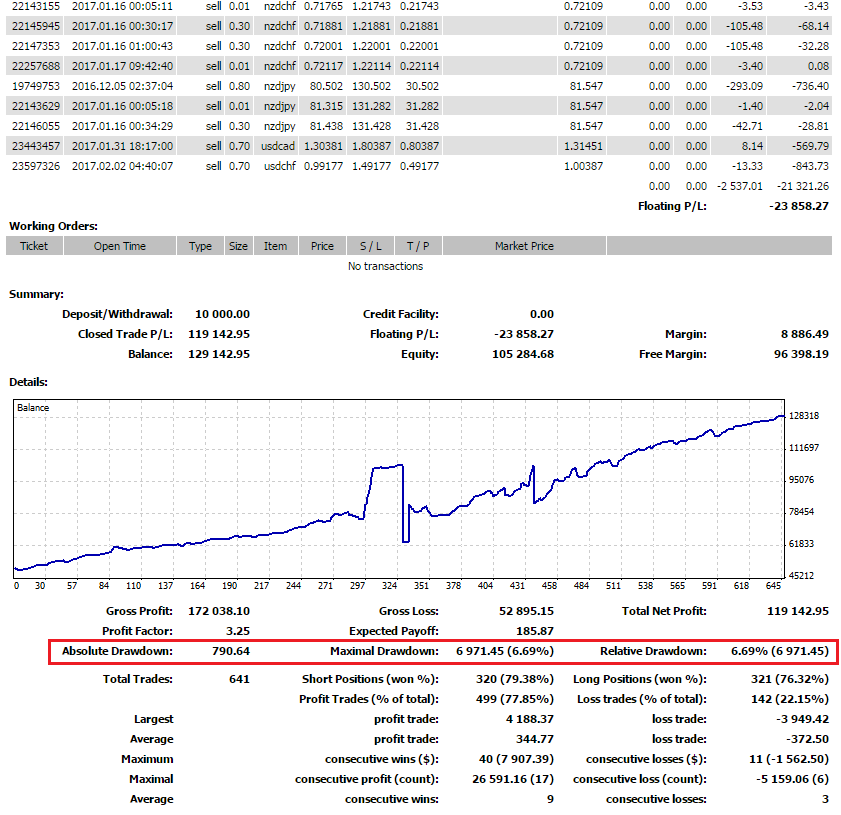 Beneath the list of closed and open trades, you will see a list of useful performance statistics.

You will also notice that there is a graph.

A performance graph is an easy way to visualise your performance and how consistent you are at generating profits.

Traders that are consistently profitable will have a performance graph that shows an upward trend without major slumps.

On the other hand, traders that lack consistent results will see huge swings on the performance graph - for example, a sudden spike followed by a crash.

Recommended reading: What is trading psychology and why is it important?

What is good performance?

There is no correct answer to this question. Again, it is important not to look only at the Dollar or percentage return a trader achieves during a particular period of time.

However, without seeing the full picture, it is impossible to know. If we look closer at their performance, Trader A might lack a proper risk management plan and got lucky on a few trades. His performance graph may show large spikes followed by sudden declines.

On the other hand, Trader B's graph shows consistent performance as he has a solid trading plan with sound risk management rules in place.

What defines good performance in trading is also very personal. Comparing your performance to other traders will not benefit you. Instead, you should define your own goals and ask yourself what it is that you want to achieve by trading.

Ways to measure your trading performance

Discover 12 common ways to measure your trading performance below:

Profit factor shows how much money you make relative to how much you lose on your trades. For example, let's go through your last 5 trades. You made money on 2 trades, $500 on one particular position and $800 on the other. You lost money on 3 trades, $150 on each, which gives a total of $450. If we divide the total value of the winning positions ($1300) with the total value of the losing positions ($450), we get the number 2.89. It means that your profits were 2.89 times higher than your losses.

A popular ratio of risk-adjusted returns. The higher the ratio, the higher the return a trader can expect in relation to the risk taken. Traders often aim to have a Sharpe ratio of 1 or higher, as a figure lower than that suggests that he/she is taking too much risk compared to the expected return.

With this method, you pick a percentage that you are willing to risk per trade and do not exceed it. While every trader can pick their own percentage, the 2% is a figure commonly used. The idea is to prevent excessive drawdowns on a single trade.

With this method, you focus on the amount of pips/points you are willing to risk per trade. However, while you may express that you risked "20 pips on a trade" when speaking to fellow traders, it is not actually a method you should apply. After all, it is real money that you are risking, and you should define it in Dollar terms and % risk.

The focus here is on the risk to reward ratio. "2R" would for example mean that the reward on a particular trade should be twice the risk - e.g. a potential profit of $20 for risking $10 on a trade.

Sortino ratio is very similar to the Sharpe ratio, but it was designed as an improved version of it, as it focuses on penalizing only the downside volatility, but not the upside volatility. After all, traders don´t want to view unusually high positive performance as a negative occurrence.

Get serious about measuring your trading performance

Make this the year to get serious about tracking your trading performance!