Spotlight on our New CFDs

Recently, AxiTrader have introduced some new CFD products and we would like to present them to you in greater detail. Before we get to that, let's see what CFDs are and how they can be useful to traders.

An Introduction to CFDs

A Contract for Difference (CFD) is a contract between a trader and a broker. At the end of the contract, which is when the trader closes the position, the two parties exchange the difference between the opening price and the closing price of the position. There are CFDs based on a variety of assets, from shares to stock indices and commodities.

The main advantages of CFDs are their simplicity and low cost of trading. Trading futures on exchanges like the CME or ICE requires significantly more capital, there is less flexibility and the terms & variety of order types used may be overwhelming to someone who is not a professional trader. With AxiTrader, you can have access to a wide selection of CFD contracts and the low spreads will especially benefit short-term traders.

There are times when volatility in the foreign exchange market is low or when there simply aren’t any opportunities that match your style of trading or strategy. This is when CFDs can prove really useful to traders, as they give you the opportunity to expand your trading horizons.

Here is an analytical introduction of the CFD products we recently launched. Background and contract information on these products can be found at the end of this article.

Analysis
Looking at the daily chart, we can see that Natural Gas prices have recovered since the beginning of the month, when it posted a short-term bottom at 1.60. NG recently rallied to 1.95 and broke above the falling trendline resistance, but ran out of momentum and fell back to 1.77. However, it found decent support there and is now marching back towards 1.95. Overall, short-term techs are mildly bullish and a break above 1.95 would then pave the way for a test of at least 2.17 (early February resistance).

Analysis
The weekly chart shows us that Coffee has been stuck in a relatively tight range in the past one year. If we zoom in to the daily chart, it is visible that it has been able to pick up some upside momentum since the double bottom at 110 got confirmed, but it has recently been rejected off $136 resistance. The short-term technical outlook remains mixed. A break below $126 would suggest that Coffee prices are likely to head back towards the lower 110s, while to the topside, it faces significant resistance at $136, $139 and $143.60. For now, playing the range seems the most appropriate strategy.

Analysis
Cocoa has been in an uptrend since early 2013, although it has seen some bigger declines in late 2014 and more recently, early 2016. However, Cocoa prices have recovered along with most other commodities since February and rallied above 3100 earlier this month. It ran out of momentum there and is currently consolidating near the 3000 level, but overall, the technical outlook remains bullish and only a break sub-2730 (late January '16 low) would change that. Zooming in to the H4 chart, decent support can be expected at $2920/25, followed by $2810. The daily RSI has retraced from the overbought territory and is currently neutral. Meanwhile, the H1 RSI suggests that Cocoa prices are moving out from oversold territory and back into the neutral zone.

Analysis
As we can see on the weekly chart, volatility in Soybeans has been subdued for a while and playing the range seems to be the best strategy for now. Keep a close eye on the 910-922 area, as there could be good opportunities for establishing a short position for a move back to the mid of the range. It would take a clear break above 922 for the trend to change and pave the way for a move back to 1000.

Natural Gas
Natural gas is a highly flammable gaseous hydrocarbon which gives off a significant amount of energy when burned. It consists primarily of methane and is relatively clean as it emits low levels of harmful by-products. The main producers of natural gas are the United States and Russia, with other major producers being Canada, the UK, Algeria, Iran, Qatar and Norway.

Natural gas is mostly used for heating, cooking and cooling in homes, offices and factories. It has gained significantly in popularity in the past few years as it is relatively clean and produces about 30 % less carbon dioxide than petroleum.

Natural Gas futures (NATGAS.fs in MT4) are traded on the New York Mercantile Exchange (NYMEX). According to the CME Group, natural gas futures are the third-largest physical commodity futures contract in the world by volume. It is widely used as a national benchmark for natural gas in the United States and the standard contract size is 10,000 million British thermal units (mmBtu).

Coffee
Coffee has been used for more than 2000 years and comes originally from Ethiopia. Since the 17th century, it has grown in popularity and is today being consumed all over the world. There are two major types of coffee beans: Arabica and Robusta. The most commonly used bean is Arabica, which makes up around 70 % of the world production. Arabica is considered to be of better quality and is also more expensive than the Robusta.

The main producers of coffee are Brazil, Columbia, Vietnam and the West African countries. While Brazil and Columbia are specialized in Arabica coffee, Vietnam and West Africa are large producers of Robusta. On the other side, around 70 % of the world's coffee in consumer by people in the European Union and the United States.

Coffee futures (COFFEE.fs in MT4) are traded on several exchanges around the globe, but the most important contracts are traded on the NYBOT (New York Board of Trade). The contract size is 37,500 pounds of Arabica coffee and the price is being quoted in US cents per pound. 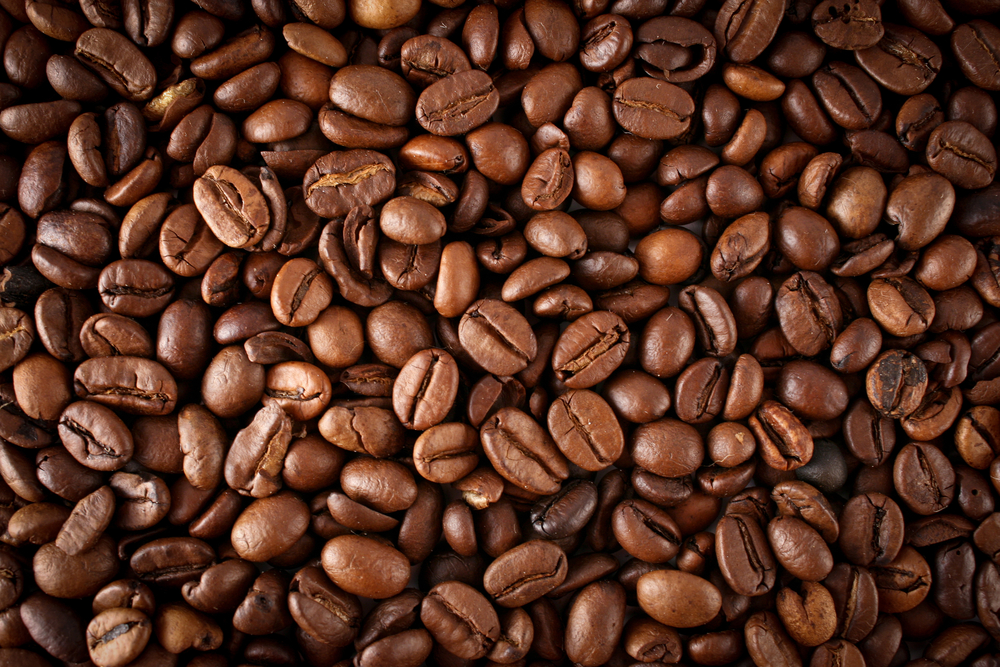 Cocoa
Cocoa is the seed of the cacao tree and is used to produce cocoa butter, which is then used for the production of chocolate products. The main cocoa producing countries are Cote d'Ivoire, Ghana, Indonesia, Nigeria and Cameroon. Some Latin American countries like Brazil and Ecuador are also producers of cocoa, although Brazil consumes more of it than it produces and has been a net importer of the commodity for almost twenty years.

The most commonly used cocoa futures contract is the one traded on the ICE exchange. The symbol is COCOA.fs in MT4, and the contract size is 10 metric tons, with the minimum price movement being $1.00 per metric ton, which $10 per contract. 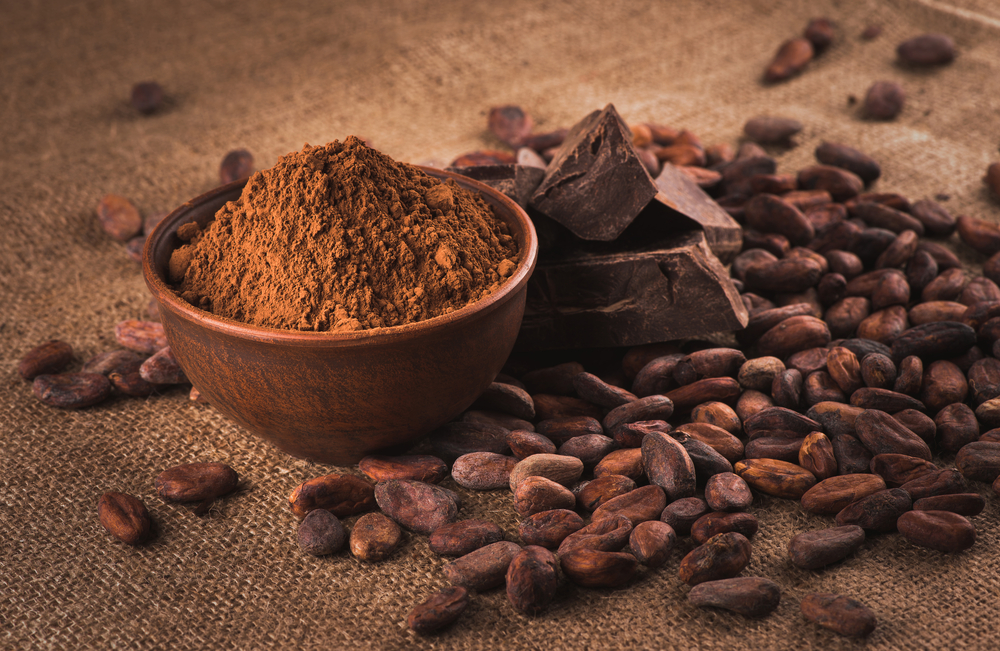 Soybean
Soybean is a member of the oilseed family and are native to Asia. It was introduced to the United States in the late 18th century and it is currently the largest producer of soybeans in the world. Soybeans are used to produce various food products. Soy milk is used as imitation of dairy products for consumers who have lactose intolerance. Soybeans are also used in the industrial production of soap, cosmetics and plastics.

Soybean futures (SOYBEAN.fs in MT4) are traded on the Dalian Commodity Exchange in China, the Tokyo Grain Exchange in Japan and the Chicago Board of Trade (CBOT). The contract value at the CBOT is 5000 bushels and the minimum price fluctuation is 1/8 of a cent per bushel ($6.25 per contract). 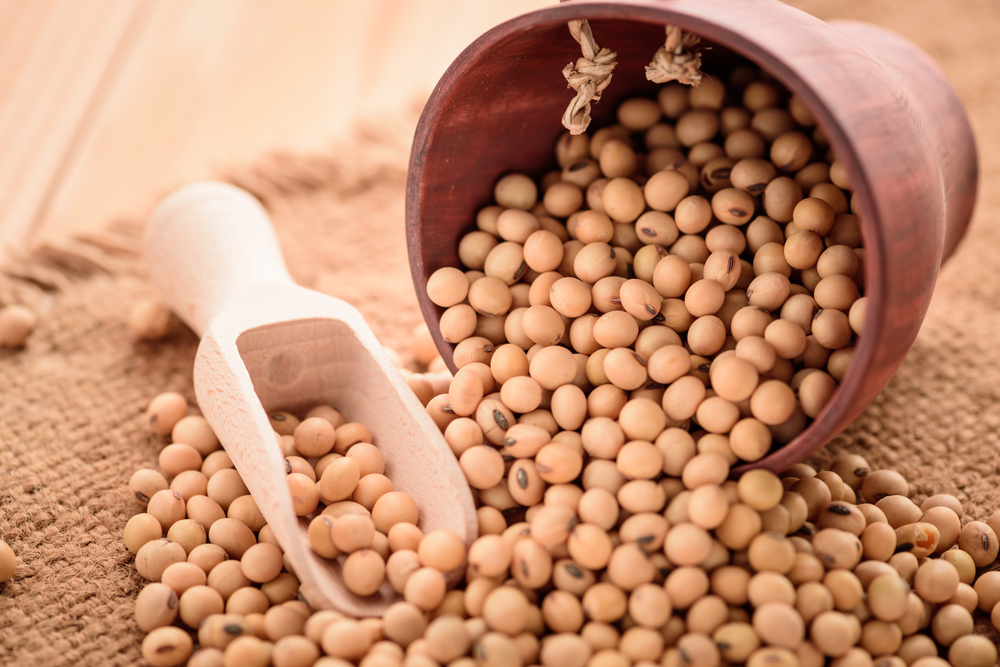