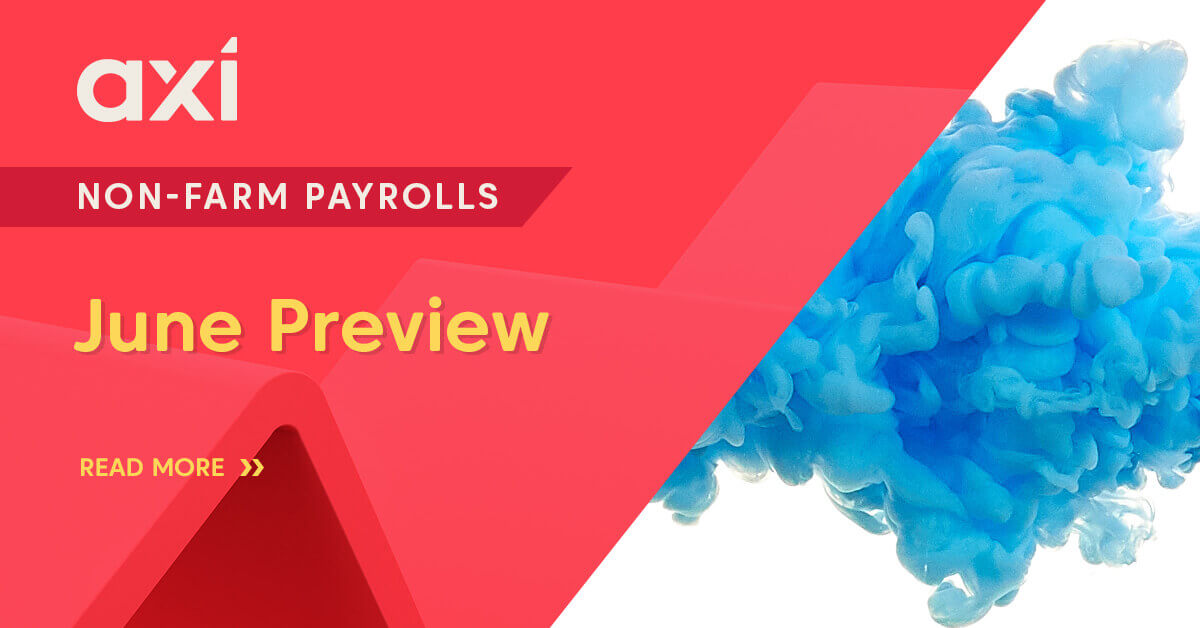 Today´s US jobs report is highly anticipated. Inflations concerns continue to linger, and investors are seeking clues to the timing of the Fed's next rate hike. The central bank is under pressure as inflation is on the rise and there are risks that the US economy could overheat soon. However, the Fed is stressing that the inflation pressures are only temporary and that the labor market still hasn’t fully recovered. Hence, US jobs data are currently in the spotlight.

Jobless claims fell below the 400k level for the first time since the COVID-19 pandemic started, while the latest ADP figures are showing a healthy increase in private payrolls. Those numbers are signaling that the US economy is on track for a full recovery.

However, following last month´s surprisingly bad NFP print, investors are preferring to stand on the sidelines ahead of today´s data release.

Before we consider the expectations for the impending jobs data release, let’s look at some leading indicators from this week. While these should not be used to predict the NFP number, they are useful and closely watched by traders.

Overall, those are fairly strong numbers and indicate that the NFP figure could beat expectations today.

Impact of the jobs report on markets:

A softer than expected NFP print would ease investors nerves as it would be seen as a sign that the Federal Reserve will remain dovish for some time. The Dollar would come under renewed pressure - especially against risk currencies such as the Australian & Canadian Dollar, as well as some of the emerging market currencies (South African Rand, Mexican Peso).

At the same time, stock markets could extend gains amid prospects of the central bank keeping its floodgates wide open. The S&P 500 could catch up with its European counterparts and reach new record highs.

…while XAU/USD could extend gains amid on-going inflation fears.

On the other hand, a stronger than expected jobs report would give the US Dollar a boost. The Greenback could perform particularly well against low-yielding currencies such as the Japanese Yen and Swiss Franc, although there is also potential for a short squeeze in the heavily oversold USD/CAD currency pair.

At the same time, Gold would likely see a reversal, although losses could end up being limited as the on-going inflation concerns keep the precious metal in demand.

The outlook for stocks would be mixed. The rotation from growth to value could accelerate, benefiting the US2000. However, the USTECH index would likely see another major sell-off, which would eventually drag the broad market down as well.

A strong NPF print could give the USD/JPY a major boost...

…while triggering a short squeeze in USD/CAD that could extend up to 1.2260.