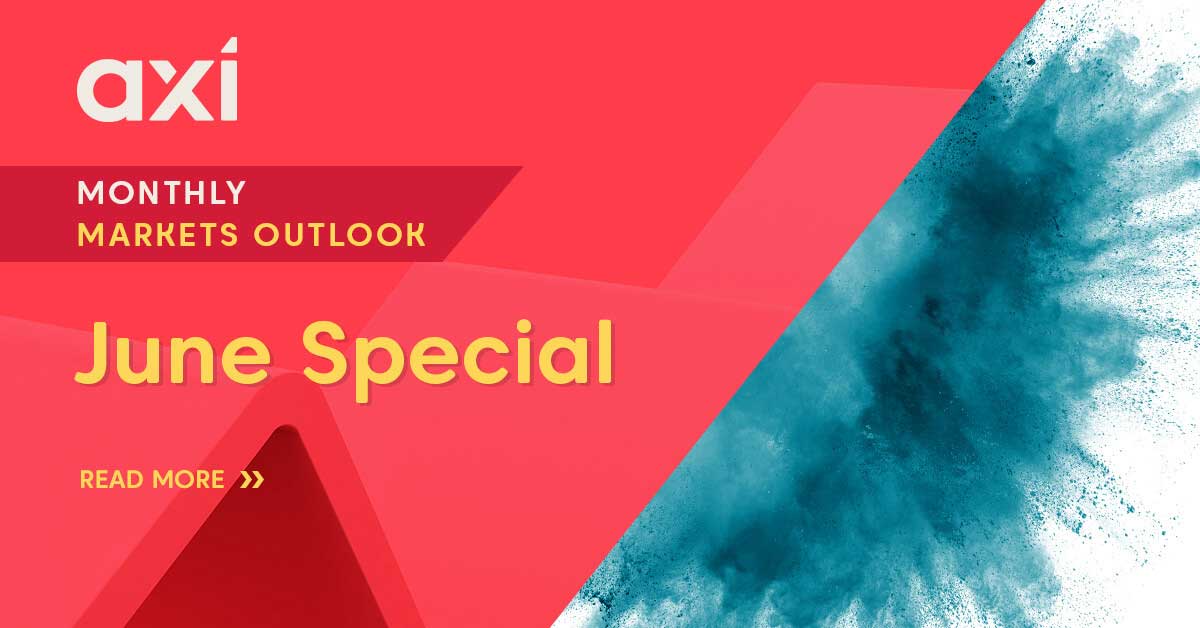 For currency traders, May was hardly an exciting month as most major currencies remained stuck in a relatively tight range. However, stock and crypto traders could not complain about a lack of volatility. Equity markets saw a sharp sell-off mid-month, driven mostly by losses in technology stocks as the rotation from growth to value stocks accelerated. Cryptocurrencies plunged dramatically, causing panic selling and leaving plenty of investors licking their wounds.

Volatility is likely to remain at elevated levels in June, as the month will not be lacking in important data releases or events. In this article, we will look at the key themes investors will be focusing on this month and how they could impact the markets, from currencies to stocks and cryptocurrencies.

OPEC will meet on June 24th in Vienna for their 181st meeting. The organization and their allies already signalled that they will boost their oil output in July, as they remain optimistic about the global recovery. The group sees demand improving in key markets and think that the increased output will be easily absorbed. At the same time, OPEC+ does not see a potential return of Iranian oil to the international market as a threat. However, for this to happen, Tehran must strike a deal with Washington and its allies – something that is far from certain at this point.

While risk remains – the biggest one being a potential surge in COVID-19 cases that could slow the global economic recovery and subsequently decrease oil demand – the decisiveness of a bullish OPEC+ should be sufficient to keep oil prices supported in the near-term.

USOIL has cleared another major resistance level at $68, and oil bulls already have the $76.80 (2018 high) level in sight. The uptrend looks healthy, and the daily RSI is not hinting at overbought conditions yet. To the downside, traders will be looking at $64.38 for support, followed by the rising trendline from the March 2021 low and the $61.50 support level. As long as USOIL remains above $61.50, bulls have the upper hand.

Inflation is on the rise in Europe, with the CPI figure for the Euro Zone hitting 2 percent. The pressure on the European Central Bank is likely to increase in the near-term. The ECB will stress once again that the inflationary pressures are only temporary, but investors could stay nervous amid speculations about an early tapering.

Multiple ECB members have tried to ease investors´ nerves and warned about premature tightening. Therefore, the central bank is unlikely to announce any changes or start the taper talk. The ECB will be looking at the labour market for further clues. While the economic recovery has indeed picked up, the end of short-time work schemes could have a big impact on it later this year.

The dovish ECB should keep European equity markets supported in the short-term, with the GER30 likely to reach new record highs in June. The fact that the European indices are dominated by technology stocks is actually working in their favour at the moment.

US jobs number and FOMC meeting

May´s US jobs figures, which will be released on Friday, could have a significant impact on markets throughout the rest of the month. The US economic recovery continues to accelerate and the inflation rate keeps marching higher, fuelling concerns that the world´s biggest economy could end up running hot and force the Federal Reserve to hike rates earlier than expected.

Inflation concerns have eased somewhat in recent weeks, partly due to efforts from the Fed to downplay the risk and April´s weak jobs report. Nevertheless, inflation fears are unlikely to disappear any time soon, and all eyes are now on the labour market.

Better-than-expected jobs figures could bring equity markets under pressure, as concerns about an early taper by the Fed would weigh on stocks – especially the tech sector. At the same time, the US Dollar could see a rebound following a prolonged period of weakness. USD/JPY would appear particularly attractive to traders betting on a rising Greenback. A breakout above the falling trendline from the 2018 high and 111.00 resistance could pave the way for a recovery rally towards at least 115.

On the other hand, a jobs report that is in line with or below expectations could ease the fear of rising rates and push US stocks to fresh record highs, while sending the US Dollar lower. Traders betting on further Dollar weakness might look at the Canadian Dollar, which is benefiting from a hawkish central bank and rising oil prices.

Charts Of The Day: The stalled oil rally

Today’s key charts focus on oil, where the recent rally has stalled amidst talk of a lift in sanctions and speculation of a production boost.

Charts Of The Day: A boost for stocks