Markets Outlook: Global markets in meltdown mode as COVID-19 spreads across US 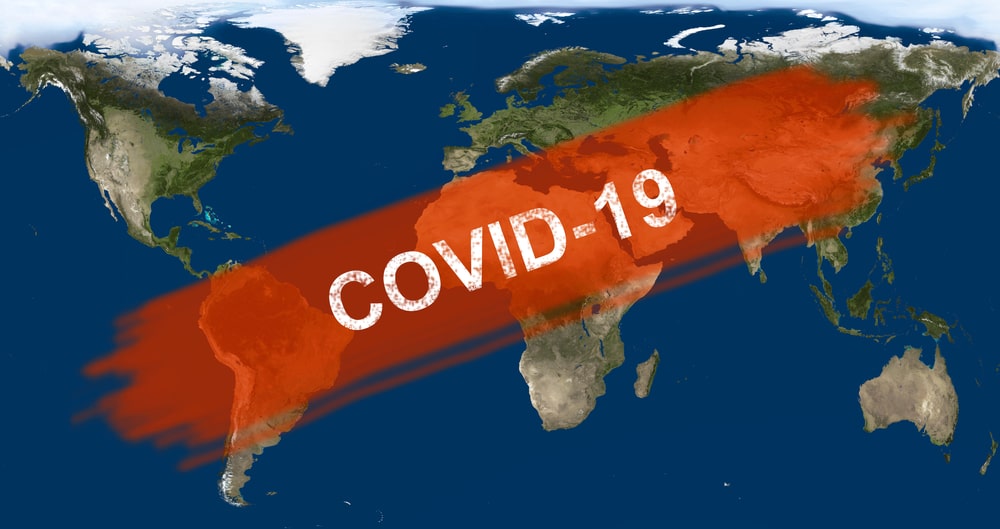 Those of you who follow my Axi blog know that I make a crazy number of references to Stanley Druckenmiller. That’s because he did what I failed to do and become one of the best traders in the world. If you don’t become one, you should follow one…

Speaking of one to follow, it’s hard to ignore the words of wisdom from Jeffery Gundlach in this COVID-19 environment – get on his Twitter feed immediately:

Market participants will get a respite from Fed speak this week as we’re now in the blackout period ahead of the March 18 FOMC meeting. Only hours after the Fed's extraordinary inter-meeting 50 basis point rate cut last Tuesday, the market has aggressively brought forward the timeline for Fed easing and is pricing in by another 50-bps next Wednesday. Also, the majority of quality analysts are now projecting real GDP growth to be flat in the first half of the year – the slowest two-quarter growth rate since the crisis – with Q2 showing a contraction of 0.6% at an annualized rate.

I'm going to skip this week's economic data analysis as it’s relatively meaningless when global markets are in meltdown mode since the coronavirus crisis arrived in the US. I've never seen such a muted reaction to such a healthy payroll number but that's no great surprise; no one cared about payrolls with all eyes focused the COVID-19 media reels.

Fixed income and equity markets are on the way to pricing in zero Fed rates and a recession, while how far are we from the bottom – and what would it take for sentiment to turn – are the primary questions on every investor's mind. Those I can’t answer, but I can tell you things are complicated to navigate.

There’s another significant risk-off move brewing, with funding concerns now clearly in focus. The sell-off in European banks is raising a few eyebrows and market participants are now clearly considering the possibility of an all-out funding squeeze. Indeed, given the expected bankruptcies and massive demand for short-term credit, it’s no wonder EU bank stocks are tanking and that basis is widening. Another spike on the basis may confirm the beginning of a more protracted equity market sell-off and, even if the ECB steps in with cheap loans, that will probably take time to filter.

It reminds me of 2008 where, for a week or so, it was impossible to position for the end. The only trades that made sense were 'cheap options' like Gold and JPY, but even those are not so cheap and becoming expensive with USDJPY at 105 and gold closing in on $1,700.

I've been trying to drill home for weeks that there's no exact historical playbook that comfortably fits, but that there are parallels with past S&P 500 sell-offs:

Here’s an interesting take by Bloomberg's Gregor Stuart Hunter @gregorhunter that sums up these scenarios much better than I can:

With no endgame in sight scenario playing out in the market, the virus headcounts in the US will be of crucial importance, so there needs to be comprehensive testing to arrive at a credible tally of cases

It sure seems inevitable that numbers will climb substantially higher from current levels, possibly in an explosive way, once testing is rolled out on a large scale. Until then, markets will likely lack the confidence to fade the aggressive sell-off.

The market response to the critical non-monetary policy measures will be essential. But only once investors think that a peak of new cases is in sight, and policies are convincing, may they start rebuying risk.

It was always going to be too little too late anyway.

The OPEC+ compliance deal came to a clumsy conclusion when Russia wouldn't commit their pro rata slice of the proposed Saudi Arabia production cut. But all week there was word on the street that the sizeable reduction allocation to Russia would be a tough sell to Russian oil Barons. I think Russia went to "Plan B", fed up with losing market share and now want to constrain US supply by not committing to the deal at the moment, which may have sent WTI oil back to $50.

While the Russia and Saudi Arabia fallout provides inferior optics, there’s probably some logic to Moscow's decision. Their “Plan B" could be all about squeezing US oil after losing a considerable chunk of market share to the US industry. As WTI price nears $40, it's thought this will further constrain US supply and that could act as a well-functioning automatic stabilizer for the oil market. It's been tried and failed, but with the growth phase of the shale boom grinding to a halt due to the lack of investment in the industry, US shale oil could find itself running into a brick wall.

But the main reason I think Putin balked at the deal is that he's fuming about the US sanctions on Rosneft for marketing Venezuela's oil and now want to hit back at US shale. This could serve as a reason why Russia may have preferred to delay action. I think the situation, however, remains fluid. Of great interest now is how activity in the US shale sector might adjust to this latest oil beat down.

The lone positive comment from delegates in Vienna was that OPEC members would continue informal talks and be ready to meet with Russia at any time. Such comments, however, likely reflect hope of a Russian response at sharply lower prices.

For this week's trading outlook, buying the dips is like playing with fire – especially with the possibility of undetected cases in the US already being in the thousands. Not to mention that once large-scale testing is rolled out, numbers will likely explode. My view is we're but one US super spreader headline away from sending oil crashing. But if you're so inclined to buy the dip, do keep stops tight.

The Euro is in play as US exceptionalism is wilting on all fronts, with money fleeing US tech and US yields in freefall.

The EURUSD is racking higher, most probably driven by a realization that the crisis has arrived in the US with a very foggy picture when it comes to credible case count and a less than convincing White House response.

Fed rate expectations are rapidly going towards zero, so I see EURUSD possibly reaching 1.15 this week but admit that investors will need some persuasion that the European containment response will be better than US efforts.

On that more practical buy EURUSD signal, when it comes to dealing with the virus Europe has the fortified social safety net. In contrast, the USA lacks the necessary health care stabilizers to deal with an epidemic of massive proportions. Hence the reason they’re behind the curve on testing.

As the Treasuries rally continues, so does the sell-off in the greenback. According to positioning, EURUSD is the most vulnerable pair as investors built significant bearish positions earlier in the year. CFTC data shows leverage accounts were their most bearish since 2016 which suggests we’re witnessing the tip of the iceberg when it comes to the discretionary trader short positioning unwind.

Usually, both Asia FX and G-10 move in the same direction, but with local central banks having more policy wiggle room and the zeal to use it, I'm probably more defensive on Asia FX than most from that policy transmission perspective. But a Chinese rebound is more critical for local currencies than the global rebound; however, having both would be the icing on the cake.

But what makes USD/Asia incredibly difficult to analyze and trade is that we’ve gone from one skew or beta, which was USDCNH, to two, which was growth vs. tourism, and now to five:

I don't have a salient comment to make on any of my favorite local currencies (MYR, RMB and KRW) so I’ll defer until next week.

Besides the Fed’s 0% interest rate endgame, over the past 48 hours gold has received support in line with the decline in long-term bond yields, which has contributed to a surge in 'fear-driven' investment demand for gold. This was likely nudged along by the Gundlach factor as the Bond King still likes gold: “Bullion is one of the standout winners from the outbreak, with Goldman Sachs Group Inc. saying the commodity “has immunity to the virus.” Money manager Jeffrey Gundlach told CNBC that gold is the best thing to own now and is headed to new highs.”

But the yellow metal also received a boost on Friday as gold vaults in Europe and Switzerland that were reportedly building inventories buying bars.

Gold speculators were also encouraged that the XAU and JPY correlation is re-established which could signal healthier gold prices going forward, especially if risk sentiment continues to wobble and the USD, as expected, continues to sink.

And a quick note on the supply side: word in the gold market on Friday was that a massive producer was hedging gold against South African rand, which likely capped the market rally on Friday.