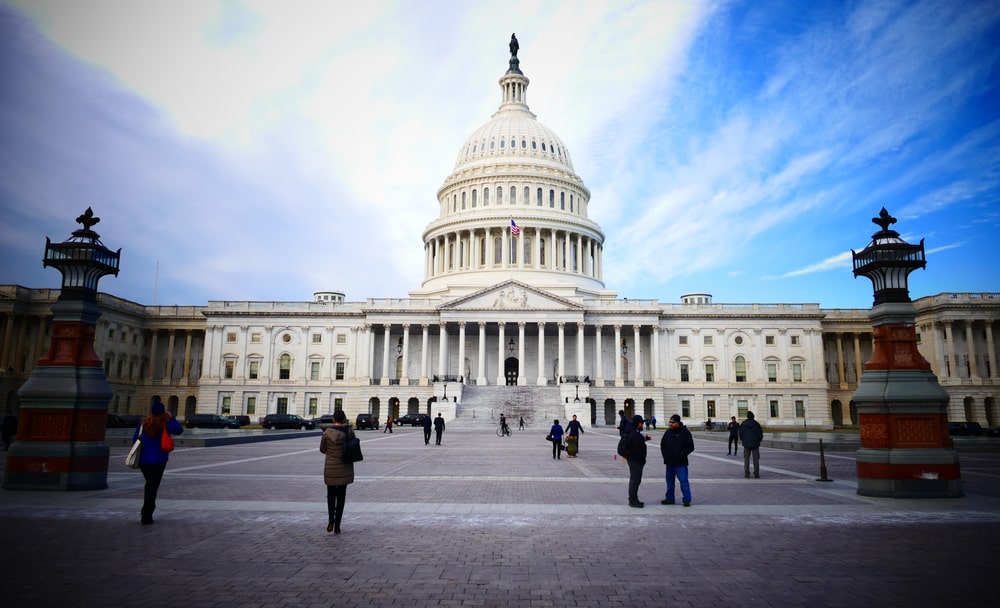 The backbone of the equity market rally and the intensity of the US dollar selloff is subordinate on how soon locked-down economies can return to business. If that period actuates into a shorter duration, monetary and fiscal support can provide a massive tailwind for those re-openings.

In the meantime, and not unexpectedly, traders are not happy with the US Congress’ stalling tactics, which is sadly a reflection of political gridlock and merely a constant of American political life these days.

The market could easily take another sharp leg lower once the good news is out as there could be a considerable drop in political confidence as the legislative delay continues to erode the economic outlook.

This is a time for action, not dilly-dallying or political posturing. Sure, we have "Whatever it takes" from the Fed, but ‘political leadership’ is equally, if not more critical, in a time of a humanitarian crisis.

The Washington Swamp is leaving a nasty taste. If these court jesters can't show some level of compassion for the 3 million + in the pogey line this week, all of them deserve to get voted out next election.

And all that anecdotal stuff I alluded to earlier is real. Having this humanitarian and economic crisis becoming increasingly political opens up a whole new can of worms. Not only does policy fatigue set in, but any of the surprise effects will be significantly diminished.

But more importantly, the market will question the US government's ability to react proactively if or when the virus spread throughout the USA and profoundly impact economic activity.

Oil prices have softened in the aftermath of the US package hoopla and suggesting the direction of travel skews lower as markets anticipate a 2Q that will inevitably see a large build in inventories as demand echoes the shutting down of major global economies. But again, another day of rudderless action as there's not a lot of conviction or volumes out here today in Asia.

On the supply side, which I think is less relevant today but an aggravating factor none the less. The US Secretary of State Mike Pompeo confirmed he had spoken with Saudi Crown Prince Mohammed bin Salman on Tuesday and urged him to maintain stability in global energy markets, especially in the context of the Kingdom's role as head of the G20.

Many traders thought there would be a sidebar on the G-20 conference call, but the lack of response from either party is hardly a term of endearment for the oil complex.

The Pound is roaring into a recession. Sure, traders are enamoured by the stimulus and policy measures and the cheaper USD funding costs. But they seem more focused on Imperial College epidemiologist Neil Ferguson (cited in recent weeks).

He has significantly revised down his estimate of coronavirus deaths in the UK to 20k, from 500k previously. And if this revisionist version of the story holds any water, the market could experience a more V-shaped recovery.

Indeed, it as a speedy elevator ride from sub 1.2200 to 1.2300 in Asia, which is typically a shallow liquidity period for the Pound, and I hear it's even worse these days than when I was market-making in 2018.

The larger-than-expected fiscal package announced by Singapore yesterday led to SGD NEER strengthening after the MAS announcement bringing forward its next monetary policy decision. But with the Government’s fiscal deluge that policy transmission has the traders speculating that it will reduce pressure on MAS to ease monetary policy, and hence the markets are shifting the odds that the MAS will re-center the SGD NEER mid-lower.

Indian stock markets are likely to stay firm today after the government announced an INR1.7 trillion stimulus package, nearly 1% of GDP, to address disruptions during the country's 21-day lockdown period amid the coronavirus outbreak.

Also, after the RBI concluded an unscheduled meeting earlier this week to decide on measures it can take to tackle the fallout from the coronavirus outbreak and in the follow up, while exceeding market expectations, the RBI cut rates by 75 bp post-emergency meeting today.