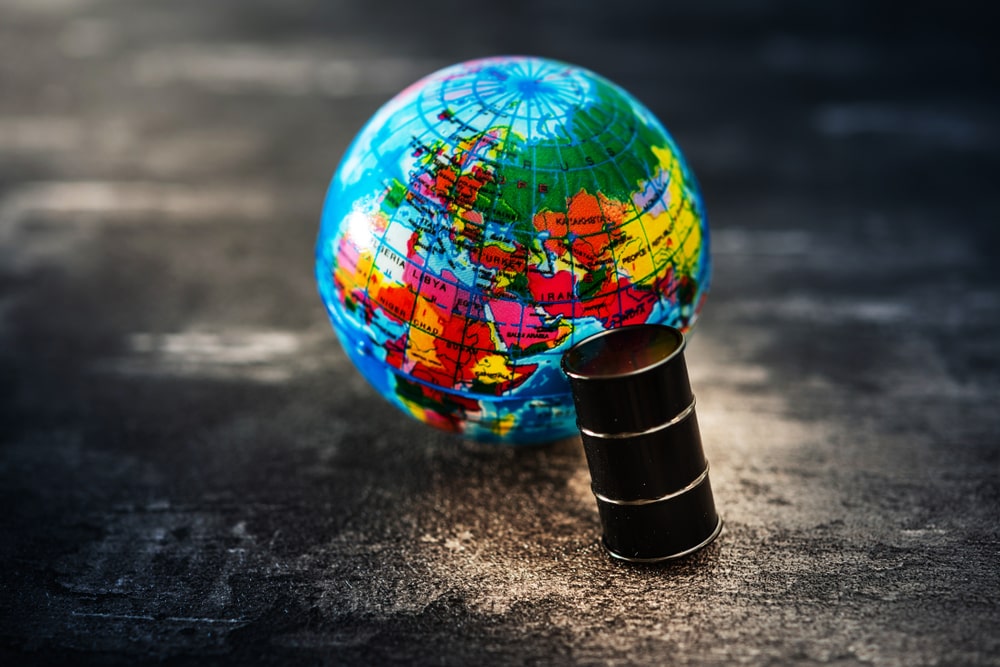 The risk-friendly reaction to an unfathomable rise in jobless claims, amid a lip serviced prospect of a US-brokered oil supply deal between Saudi Arabia and Russia, means investors are happy with both market positioning and the economic slowdown that’s baked into the cake. This suggests investors will probably look through the US non-farm payrolls for March, where expectations range from +100k to -4000k. ; while Wall Street is not short of opinions, the stock analysts should probably leave the number surveys to the quants instead of picking numbers out of a hat. Thankfully it's all meaningless anyway since the duration of national lockdowns is the big mystery.

Oil prices are paring some of Thursday's gains since the Asia open. But, the sell-off is minor relative to yesterday’s explosive gains, suggesting we see some pre-weekend housekeeping (profit taking) in low liquidity conditions.

But cross-asset traders are buying oil futures as the deal looks plausible from several angles –none more so from the perspective of a paper released by the Dallas Fed.

This examines how the collapse in oil prices in Q1 is reshaping the market. It concludes that Saudi Arabia and Russia would terminate the price war as soon as US shale production has been sufficiently hit, where breakeven averages $49/barrel. The paper also notes that Saudi Arabia has a limited appetite (albeit higher than Russia) for a price war, given the massive drawdown in its FX reserves in 2014-2016.

My views echo this paper to a tee, and the moment I saw the Russian central bank buying USD in the open market on March 31, the odds of the deal became more likey.

Bloomberg reported the People's Bank of China official Liu Guoqiang, at a conference in Beijing, said they need a complete evaluation before changing the deposit rate. USDCNH is lower and GCB sold off on this. The key takeaways from his comments so far are:

Hawkish PBoC comments regarding the deposit rate cut pushed USDCNH down -100 pips from the highs (7.1070) before settling in around 7.10. Swaps are also a bit lower, but driven by softer funding; tom/next is down to +0.5 from +1.5. China still appears to prefer targeted RRR cuts and/or repo/MLF rate cuts over deposit rate cuts.

Improving oil patch sentiment has seen the Ringgit perform better today, but it's still far from a risk on panacea in Malaysia’s capital market these days as the MCO continues to weigh on the economic outlook.

I was looking at market positioning in the context of the Reuters ASIA EMFX survey positioning data. Over the last four weeks, the move into long USD positions has continued, which is natural given the unwind of Asia FX longs. Currencies that are heavily linked to China have continued to weaken versus the dollar, but it's the high beta/growth currencies such as IDR/INR/THB that have felt the impact the most.

The latest Reuters numbers show USDSGD positioning is almost entirely flat, having been skewed long USD just two weeks ago. It feels like this has moved away entirely from being a China link trade to almost a G-10. So I guess I have at least one FX call right.

Asia currency markets don't look like they're about to set any volumetrics records today as it seems like prop traders are back hiding pipes again, doing only what they have to do to cover sales desk orders. The lack of volume is either due to a self-imposed hibernation or institutionally imposed position limit cuts.

So, I think next week might offer up some better opportunities to sell the dollar while, in the meantime, EM Asia FX appears to be rotating from a long USD/Asia trade to a short EUR/Asia one by the run of flow this morning (not that I agree with the logic).