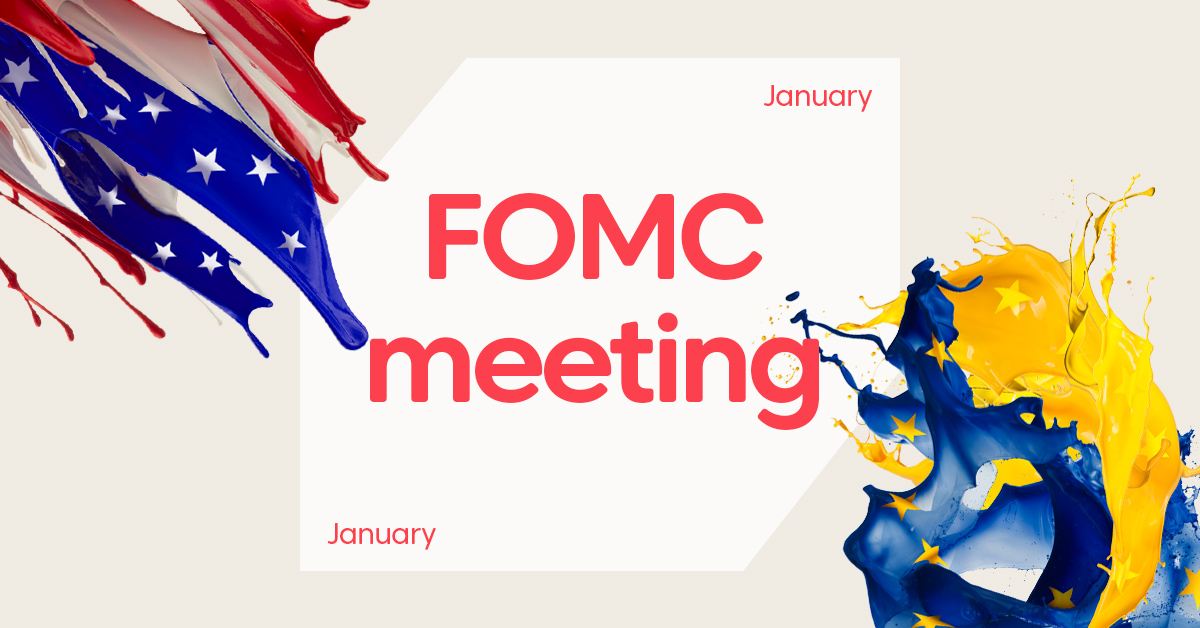 The Federal Reserve will decide on interest rates tomorrow. The prospect of rising rates is one of the reasons why market sentiment has turned sour in the past few weeks. The technology sector got hit the hardest and there are so far few signs that the sell-off is at an imminently end. Aside from geopolitical tensions, the Fed rate decision and press conference will be in the spotlight this week as traders will try to gauge if the U.S. central bank will move more aggressively.

What are markets expecting?

Markets are expecting that Fed Chair Powell and his team will keep rates unchanged, but reiterate that it is heading towards monetary policy normalization. The Fed´s QE program is likely to end in March, which is when the first rate hike since the start of the pandemic is also expected. Markets are currently pricing in a total of four rate hikes during the course of this year.

What issues is the Fed facing?

The inflation rate sits at its highest level since 1982, the unemployment rate recently fell below 4% and the US economy has almost fully recovered from the impact of the pandemic. At the same time, the Omicron variant has dampened consumer confidence and will somewhat slow the recovery.

What is the most likely scenario for tomorrow´s meeting?

The most likely scenario is that the Fed will do as expected and leave interest rates and its taper timeline unchanged, while paving the way for further policy normalization at the March meeting. There is a slight possibility that the central bank might end its QE program earlier than expected, but it might prefer a more gradual approach to avoid further rattling markets.

How will markets react?

No change in interest rates and the taper timeline would be neutral for the U.S. Dollar. The currency had a rather weak start to the new year, but ongoing geopolitical tensions and broad risk aversion have been keeping the Greenback bid lately. With no rate hike in sight and a stumbling economic recovery in the Euro Zone, EUR/USD remains an attractive option for Dollar bulls, with a correction towards the psychological 1.10 support level still in the cards.

Meanwhile, an early end to the QE program and a hawkish surprise by the Fed would give the Greenback an additional boost. In such a scenario, traders might look at AUD/USD, which would suffer both from the hawkish FOMC surprise and broad risk-off sentiment. A break below 0.7080 would pave the way for a test of the 0.70 level and eventually 0.6780.

The pressure on the US500 would likely increase too, with a break below 4230 support potentially paving the way for a deeper correction towards 4000 points.