Home / Blog / Market Analysis / Charts Of The Week: The parabolic rise of commodities

Charts Of The Week: The parabolic rise of commodities 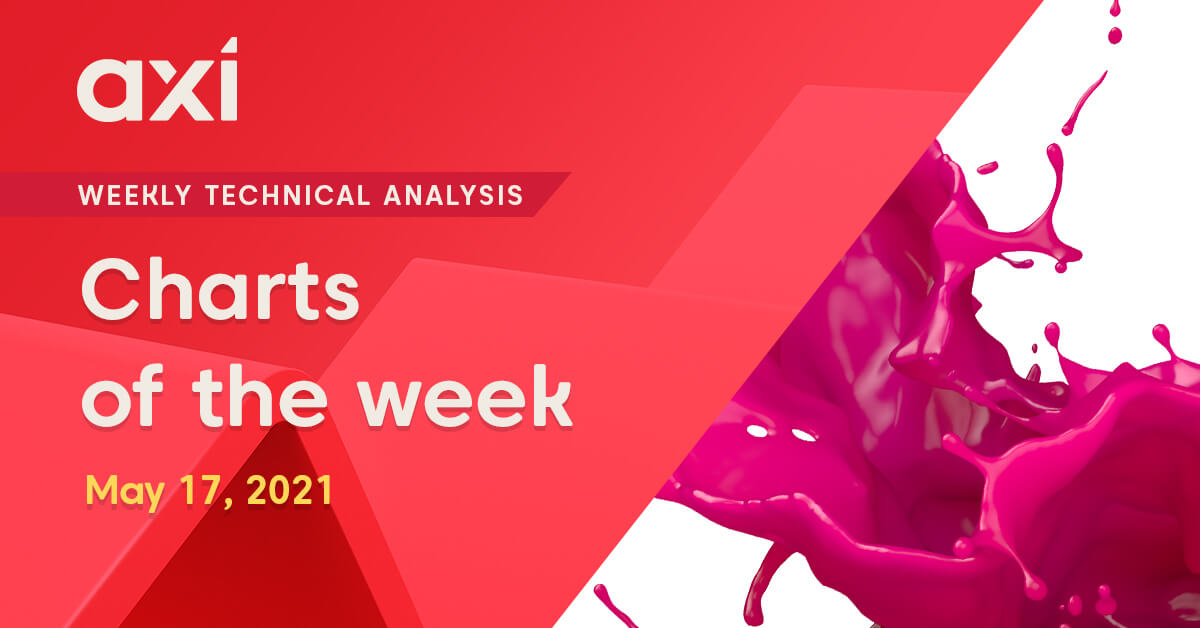 Commodity prices have eased somewhat in the past few days amid concerns that the rally has gone too far. Traders took note of China´s warning that it will monitor changes and cope with the fast rise in commodity prices. While no details were given about how the country – one of the biggest markets for commodities such as copper – will cope with soaring prices, it was enough to push some speculators into profit-taking.

Copper is one of the commodities that has seen a parabolic rise this year. Given the heavily overbought conditions, the recent pullback can certainly be seen as healthy. Traders will keep a close eye on the support between 4.55 and 4.57, where demand is likely to pick up again. With the fundamentals still supporting rising Copper prices, it appears more likely that this a temporary pullback rather than the beginning of a larger sell-off.

Similar price action was observed in Coffee where the commodity is under pressure after the rally that took it to a high of $155.38 fizzled out. Downside momentum has intensified recently, and Coffee could soon test the key support zone between $139.40 and $140.40. A break below the former level could trigger further selling as nervous longs head for the exit and push the commodity towards $131.75 support, where buyers are likely to emerge again.

Oil has been struggling to find a clear direction recently. Inflation concerns weighed on Oil prices, amid speculations that the Federal Reserve could hike rates early. Meanwhile, a spike in COVID-19 cases in India could mean that demand will recover slower than expected. However, strong growth expectations in the US and Europe, and an optimistic OPEC+, prevented deeper losses.

USOIL is trading within a $62.85-$66.70 range and there is no imminent end of the consolidation in sight. Traders will be closely watching those two key levels of support and resistance. However, with the strong uptrend still intact and fundamentals having improved, the odds of an upside breakout appear higher.

CAD/JPY is on the verge of another major breakout. While the currency pair is starting to look overbought, even on the higher timeframe charts, the rally seems unstoppable. With rising risk appetite, a weaker US Dollar and a hawkish Bank of Canada, the CAD could have more room to the upside in the near-term.

With the recent breakout above 88.30, CAD/JPY has cleared another hurdle and could soon test 91.64 resistance (2017 high). A clear breakout above this level would pave the way for a rally towards 96.00, after which CAD bulls could target the psychologically important 100 level.