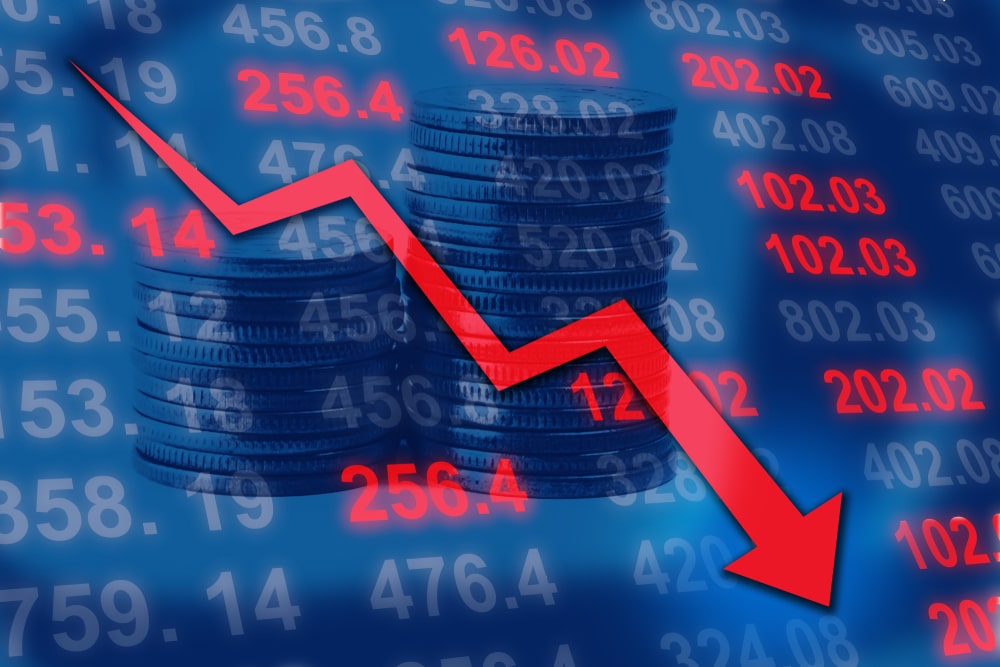 US equities were weaker Wednesday, with the S&P500 down 4.4% and smaller losses seen through Europe and most of Asia. US 10Y treasury yields fell another 6bps to 0.61%. The tipping point came when President Trump warned Americans to brace for an unprecedented crisis. At the same time, Boston Fed President Rosengren confirmed the sum of the market fears by suggesting the US would see two consecutive quarters of negative growth and that unemployment will likely "rise dramatically."

But let's face it: this could have been even worse if not for the nearly unprecedented peacetime fiscal and monetary stimulus on a global level, with the possibility of another US budgetary package to come.

With the global economy in freefall, markets have gone back to risk-off mode overnight as investors are struggling to look through President Trump's ominous forecast suggesting Americans could keep dying into June. Now the markets’ dispute is to come up with some alphabet letters to analogize a potential economic recovery; it's going to be anything but a "V" shaped recovery, that's for sure.

Sentiment remains exceptionally fragile as investors are a flat-out bundle of nerves, fretting over the potential impact the coronavirus will have in the US markets and the economy.

Economists continue to downgrade the macro forecast, while stock pickers are focusing on balance sheets and earning statements in the wake of five UK based lenders' decision to withhold 2019 dividends. They’re also looking at other sectors where shareholder returns look questionable but, for many market observers, all roads lead lower.

Before the virus, the bottom-up earnings estimate was $161. In other words, a sliver down from 2019. Now the bottom-up street consensus for EPS is -4% Q1 and -9% Q2, suggesting it will take an inconceivable bounce in H2 to get the EPS aggregate up, especially when most companies have suspended earnings guidance, so there's nothing for the street to work with.

Yet, looking back to previous downturns, P/E has typically overshot downward. And, simply put, it's beyond belief that the only influence the virus and sudden economic stop has had is a 4% EPS loss and an unwind of last year's multiple expansion, from 21 times back to an average 16.

Simply plugging in a 14 X variable that better reflects the average downtown and a more logical 7% EPS loss, which is the average for a downturn, you get 14x $151 to give 2,114. That would represent a lower low than the SPX 2,194 on March 19 and is pointing to another 14.5% down move from here.

Overall, this will continue to be a short-term trader's market as trying to take a longer-term view in this means you’ll probably need to run wide stops. But there s still two-way business going on, especially now that systematic selling has ended and the market is 'cleaner'. Even then, I'm not sure where the volumes will come from with institutional traders getting position limits cut by risk management to protect the banks against any massive trading losses.

Oil prices are higher on news that President Trump will hold a round table discussion with the country's top oil executives. Presumably this is to discuss possible coordinated production curtailment measures in an attempt to buy some time for the struggling US shale industry as the nation's logistical storage capacity is getting overwhelmed and is nearing total saturation levels.

President Trump's acknowledging of the problems in the oil patch is critical, and he also revealed he had spoken with the feuding Vladimir Putin and Mohammed bin Salman on the subject. However, there is, as of yet, no obvious move or reconciliation between the producers.

But the threat of intervention or some type of coordinated global compliance agreement put a plank under prices, as opposed to what many oil traders had expected this week which was for oil prices to walk the plank.

Interestingly enough, Russia's central bank has already found the need to adjust its policy due to the lack of petrol dollars per barrel. Not only have they stopped buying gold in the open markets, they also had to sell RUB16 bn of FX to settle on March 31. While $200 million is small by central bank standards, it does suggest a shortage of US dollars in their coffers and the markets expect that reserve replenishing necessity to increase in April, especially if oil prices remain low. But is this dire enough to motivate Russia to pull up a chair at the negotiation table with Opec or the US DoE?

At the same time, there's again more chatter on the street that refiners in the US and Europe are reluctant to buy Saudi Arabia's crude, despite the steep discounts being offered as part of Saudi efforts to pressure Russia and other global producers. The suggestion here is that this could cause Saudi to rethink +12 mn barrel per day in April.

Right now, all we have to go on is lip service and a hope that something can be salvaged from these talks because if nothing comes out of these discussions oil prices will most certainly head for the floor. So, despite the bump in prices in New York, oil traders are still bracing for the storage tanks to fill and the curve to flatten as oil producers will then have to dump what they pump. And to say they might have to give it away might not be that far of a stretch.

Over the medium-term, gold should be a safe bet. The sizable fiscal and monetary stimulus that has been announced should be the main factor supporting gold from here, as reasonably aggressive fiat money printing seems to be here to stay. The only concern is the deflationary effect from a deeper dive on oil prices, which is harmful to gold prices, especially if oil prices remain lower for longer.

Despite quarter-end/month-end behind us, and with USD funding stress decreasing, the USD's safe-haven appeal so far continues to overwhelm the potentially negative impact of looser US monetary and fiscal policy.

While the China canary in the coalmine trade – the one based on buying currencies of countries who took swift containment measures that should see their economies return to normal quicker – fell flat on its face yesterday as the market went into "risk-off" mode as economic data was week across Asia and the rest of the world outside of China.

The Malaysian Ringgit is trading off overnight lows as oil prices are stabilizing a few dollars above recent lows. Foreign investors are nervous wrecks watching the US economy freefall. Inflows to risky assets like the Ringgit will dry up as the reality sets in that we could be in global lockdown mode longer than anyone had expected – even last week.

Indeed, the global outlook is dire. The Ringgit will trade defensively in this hazardous environment.