Asia Open: Another day of gains across global equity markets 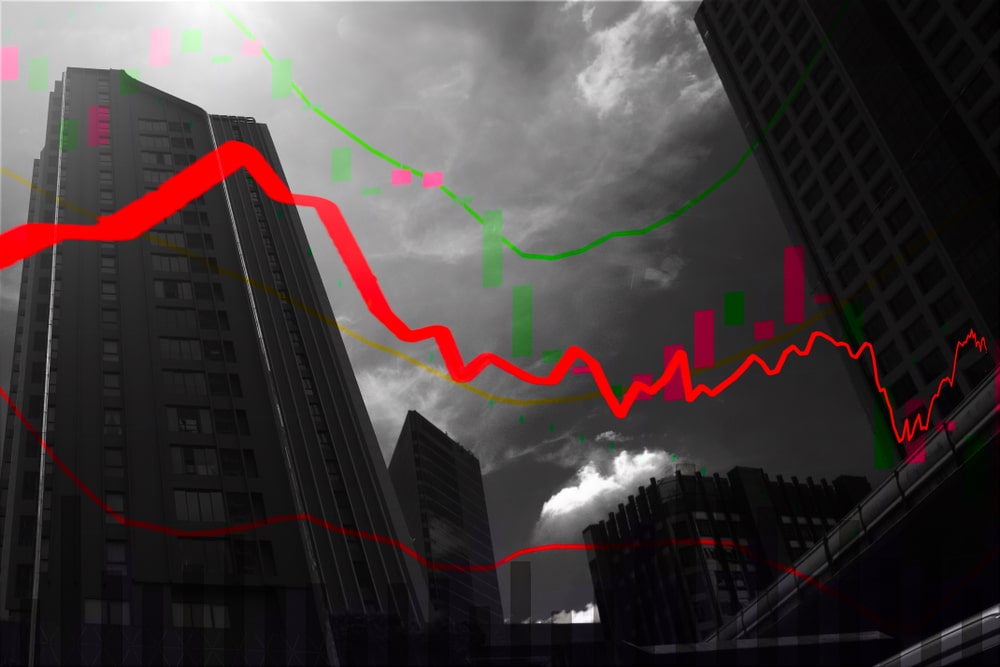 It was another day of gains across global equity markets. In the US, the S&P500 gained a further 1.2% on Wednesday, with more substantial lifts through Europe and Asia after US leaders stopped tunelessly caterwauling to lay the foundations for the $2tn US stimulus package to be rubber-stamped some time in the Asia time zone.

The full text of the bill has yet to be released, but the fine print is expected to include a massive expansion of unemployment insurance, loan facilities for small and large businesses and additional healthcare resources; Senate Majority leader Mitch McConnell referred to the package as a "wartime level of investment into our nation". The Main Street parachute was initially received well by the markets, so hopefully it will provide a sufficient safety net for the millions that are lining up at the unemployment window this week.

Wartime language is convenient for politicians, but wartime maximizes production; lockdowns minimize production and provide the ultimate demand shock. The risk is that companies fail as a result of this, creating a double demand drop. With the stimulus package stamped, the balance of risks must certainly shift back to the evolution of the pandemic. The question now is not how low Q2 GDP will be, but how long the global 'lockdown' will last.

On the downside, an increase in new cases in China and other countries that are returning to work is the main risk to monitor; on the upside it’s (1) the adoption of large-scale testing for the virus and antibodies and (2) finding an effective medicine. When combined, the risks are more balanced now, with the adoption of large-scale testing that should enable a partial return of economic activity once the epidemiological curve has been flattened. Ultimately, all roads lead back to the fact investors need conclusive evidence of coronavirus infection curves flattening and having an end to lockdowns in sight before pressing that buy button with some conviction.

The US Congress has agreed on a stimulus package worth more than $2 trillion, supporting oil prices and broader markets, which is good news. But since it's impossible to gauge the ultimate economic impact of the Covid-19 pandemic for weeks, possibly months, until that point the sustainability of any rally in oil or equity markets is questionable and suggests the current high level of volatility will likely extend.

Government handouts ameliorate the US economy hitting a brick wall

Any economy hitting a brick wall can be mitigated by unemployment benefits and other social transfers over short periods. Staying on that policy hamster wheel creates policy fatigue and opens so many different cans of worms that the markets hate. As I alluded to in one of yesterday's notes, the market has a short memory and a short fuse. All the stimulus chatter will fade if the Covid-19 headcount curve goes vertical. The reality is the "Big Bazooka" sway is impossible to sustain, to mention the surprise effects greatly diminish. Ultimately policy is harder to maintain the more protracted virus outbreaks continue.

Quant side of thing

From a quant side of the equation, it does appear systematic wanton selling has stopped removing one pillar of pressure from the market. Institutions have started to step in and put money to work, but flow dynamics suggest they continue to buy safety and names they already hold, essentially averaging in. This is not an actual risk-on behavior, but with little else working across a plethora of growth asset classes, anyone running multi-asset portfolios knows the quick returns are probably to be made in equities right now – if you can catch the moves.

Investors wait for US jobless claims

How the markets will survive the US initial claims going ballistic is probably on everyone's minds this morning. The problem is new jobless claims will measure the extent of US policy failure, and Congress dilly-dallying will not help the matter.

So, market participants are bracing themselves for a horrific peek into their future this week when US initial jobless claims are released. The high-frequency data will confirm we're in a horrible vortex of the fastest and most substantial rise in the US unemployment in modern financial history.

In many ways, initial jobless claims will be the signpost that matters the most in the coming weeks as it will be a near real-time measure of whether fiscal policy worked.

Oil markets received a lift from the US stimulus chatter but, for the most part, activity remains rudderless, awash in a sea of oil.

Price action suggests that gauging the ultimate economic impact of the Covid-19 pandemic is a challenge but does skew lower. Still, one thing that will keep the canary in the product refineries chirping is that the demand collapse will accelerate product storage facility saturation, which could happen over the next few weeks. And at that tipping point the producer surplus will become a massive logistical headache for oil storage consideration, which then opens up the trap door for oil prices to plummet below cash costs.

On US shale, production sensitivity could react more quickly this time than they did in the previous downturns due to CAPEX concerns as, with a few exceptions, the sector is now implying 2020 cash neutrality ~$45/bbl.

In addition to storage constraints, it remains challenging to call a floor in the oil price. I expect a high level of volatility as the market responds to news flow, both positive and negative. Still, we should probably continue to expect that an extended period of oil pricing in the $20s is possible, with an occasional deep dive lower on storage constraints and inventory builds. Ultimately oil prices will need some help from another compliance agreement to get out of the double whammy of negativity.

Spreads are looking much better today after the London Bullion Market Association, alongside several banks, asked the CME to allow gold bars in London to be used to settle futures contract deliveries. Physical gold could then remain in London with underlying ownership then transferred. Lower spreads are always welcome in any market, especially in gold, when physical is especially tight with refiners shut down around the world.

As you can see, my relatively tight trading ranges over the 24 hours the market hated the EFP spread widening effect as participation fell off the cliff, given the large execution cost market makers were forced to reluctantly pass on.

Gold markets like USD liquidity – and are getting plenty of it – but seems to be getting held back, possibly by oil prices and still the lingering crisis dynamics as it’s too early to rule out further distressed sales near term.

The considerable fall in the price of oil is creating dollar shortages for oil-producing countries and emerging market (EM) economies alike; none more so than Russia as the massive Ruble decline in March, matched by the oil price demise, suggests Russia could shift from net buyer of gold to a possible net seller of gold to raise dollars, particularly if the US sanctions Russia to force them back to the bargaining table with Saudi Arabia,

Trader markets, so the wily veterans play the weak hands.

In the meantime traders are waiting for US claims, so I suspect more position jockeying today rather than a massive spec day, but eyes remain wide open for opportunities.

One such opportunity was USDMXN. The USDMXN is trading entirely in line with the risk on/off the sentiment of global markets. There’s been more interest in selling USD overnight, with the thought here being the amount of stimulus in the US will eventually benefit MXN.

The other good trade we hit on yesterday was the CNH. Traders had been talking about a possible deposit rate cut by the People's Bank of China, so, CNH traded from 7.07-08 to just above 7.14 before the market reversed on the assumption 7.15 is a near term line in the sand for the PBoC.

It’s an exciting dynamic that’s evolving in Asia currency markets as inventors like the more draconian lockdown measures, which will see the virus pass quicker and life return to normal even faster. The improved Ringgit sentiment comes despite the Malaysian economy, which will pay the considerable upfront cost for extending the MCO. Still, with a robust policy backstop from the BNM and government support, the thought is the economy will return to standard form quicker.