A Beginner's Guide To Speculative Trading 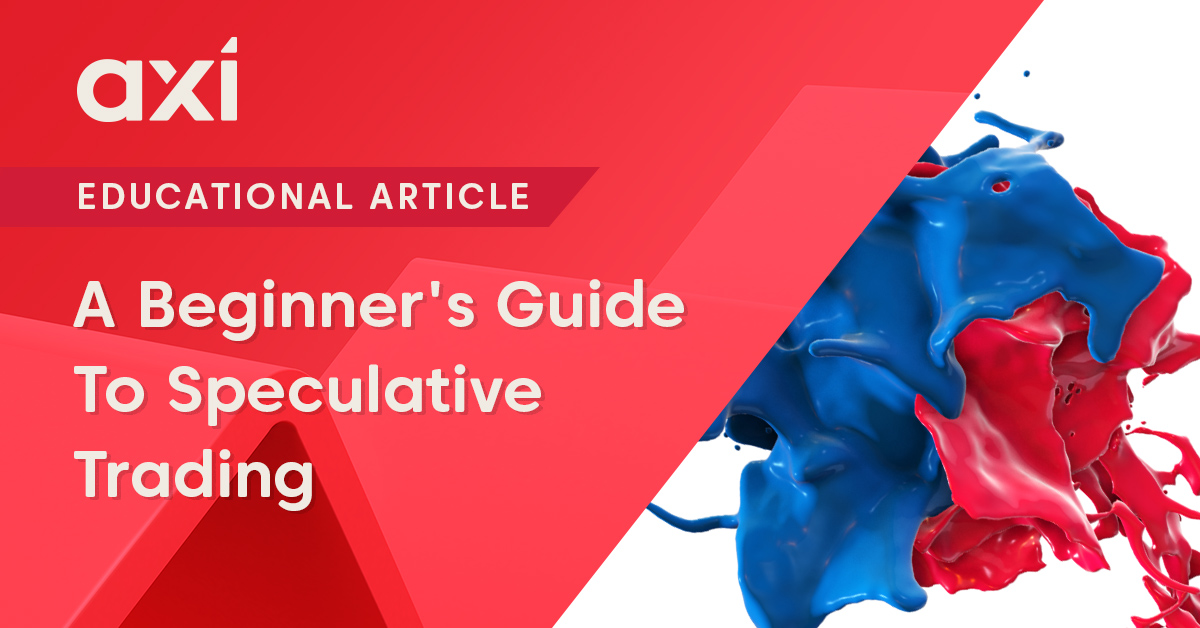 Speculative trading is a form of trading that looks to profit from market price movements - whether the market goes up or down. It stands in contrast to traditional investing, which looks deeply at the fundamental values of an investment.

What is Speculative Trading?

Contrary to popular belief, speculative trading is not necessarily super high risk and high return in nature. Nor does it always refer to trades that have the potential for significant gain.

We can see examples of speculative trades in black swan events. So what exactly are black swan events? They are events that are extremely rare and difficult to predict with a huge economic impact that follows after. An example of such an event would be the 2008 Financial Crisis.

So what happened in 2008? The global financial crisis was caused by the housing market bubble that began to form in 2007. Lower interest rates reduce the cost of borrowing for businesses and consumers. The result was an increase in home prices as homeowners took advantage of the low interest rates to take out loans they could not afford. These loans were then repackaged and sold as low-risk financial instruments, developing a secondary market for these subprime loans.

So how is this related to speculative trading? While most investors were optimistic about the economy, Michael Burry, a hedge fund manager was one of the first investors to speculate and profit from this subprime mortgage crisis, as he recognised and predicted the collapse of the housing market bubble. He shorted the market by persuading investment banks to sell him credit default swaps (which will compensate him in an event of a default) against subprime deals he saw as vulnerable. As a result of this speculation, he earned a personal profit of $100 million.

In the world of trading, there is a tremendously popular technique called “technical analysis” which uses analysis on the charts (primarily) to determine the direction of where the market is heading. Little to no analysis is done on the fundamentals of a company before taking such trades off technical analysis. What types of technical analysis are there to help forecast such prices? You can take a look at one of our beginner guide here.

Speculative trading also tends to be more short-term in nature - hence the reason why staring and analyzing years worth of financial data of an asset is not going to be very useful for it. Traders tend to have a short term bias - believing that the market is either going to head up/down over a short period of time and then take a trade on it.

The trader should be looking to maximize their returns while minimizing all their risk categories, including speculative risk. As it takes a risk to make rewards in the world of financial trading it should be the goal of any good trader to manage their risk profile to make rewards.

To get started the first thing you need to do is create an Axi account, next just fund your account and start executing your speculation strategy. It’s as simple as that.