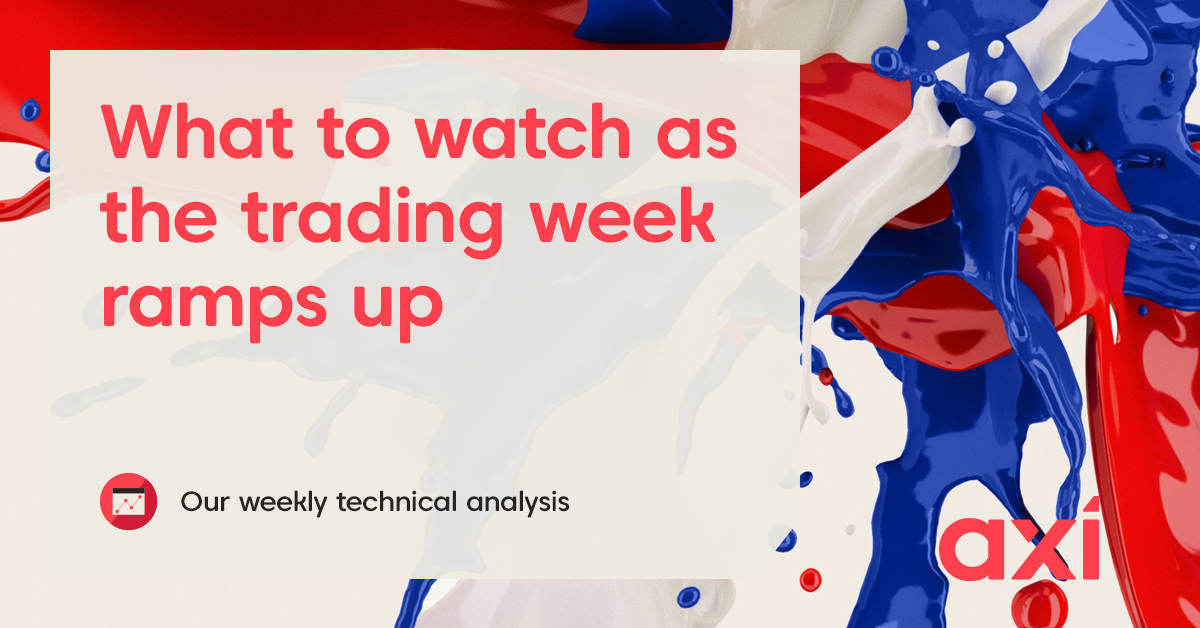 The recent weakening of the Dollar has caught traders by surprise – especially since the market is gearing up for the Federal Reserve to tighten its monetary policy sooner than initially anticipated. So why is the Greenback under pressure? Positioning could be a reason.

Many speculators were long USD going into year-end, and it’s not unusual to see a squeeze from time to time; as traders like to say, “Buy the rumour, sell the fact”. A less crowded Dollar long trade will eventually help the Greenback recover with force. The USD weakness is unlikely to persist for too long, especially against the Euro, with a rate hike in the Euro Zone still being some distance away.

In EUR/USD, heavy resistance is seen between the psychological 1.15 level and 1.1525, and the currency pair is likely to struggle at this major hurdle. To the downside, Euro bears will be waiting for a clear break below 1.1380 to signal a resumption of the downtrend. 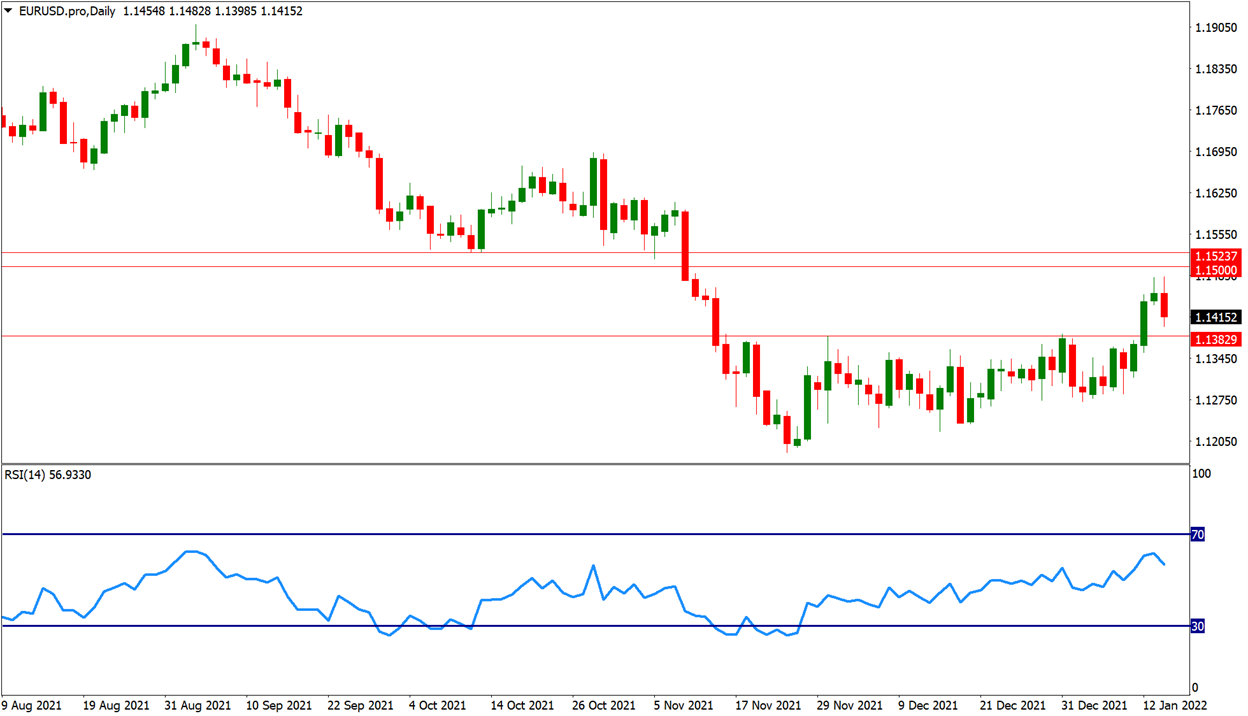 While the Euro rally is more likely to prove itself to be a bull trap, the Pound’s recovery appears more sustainable. Recent economic data exceeded expectations and the impact of the Omicron variant on the economy was less dramatic as initially feared. The Bank of England remains on track for further policy tightening and the Pound is likely to strengthen further in the near-term.

Traders looking to speculate on a rising Pound but who are wary about buying Cable – especially considering the charts are signaling overbought conditions – might prefer GBP/AUD. That currency pair managed to close the day above 1.8922 last Friday and the Daily RSI is not signaling overbought conditions yet. With resistance at 1.8920 broken, bulls will aim at 1.90 and eventually 1.9155 (August 2021 high). 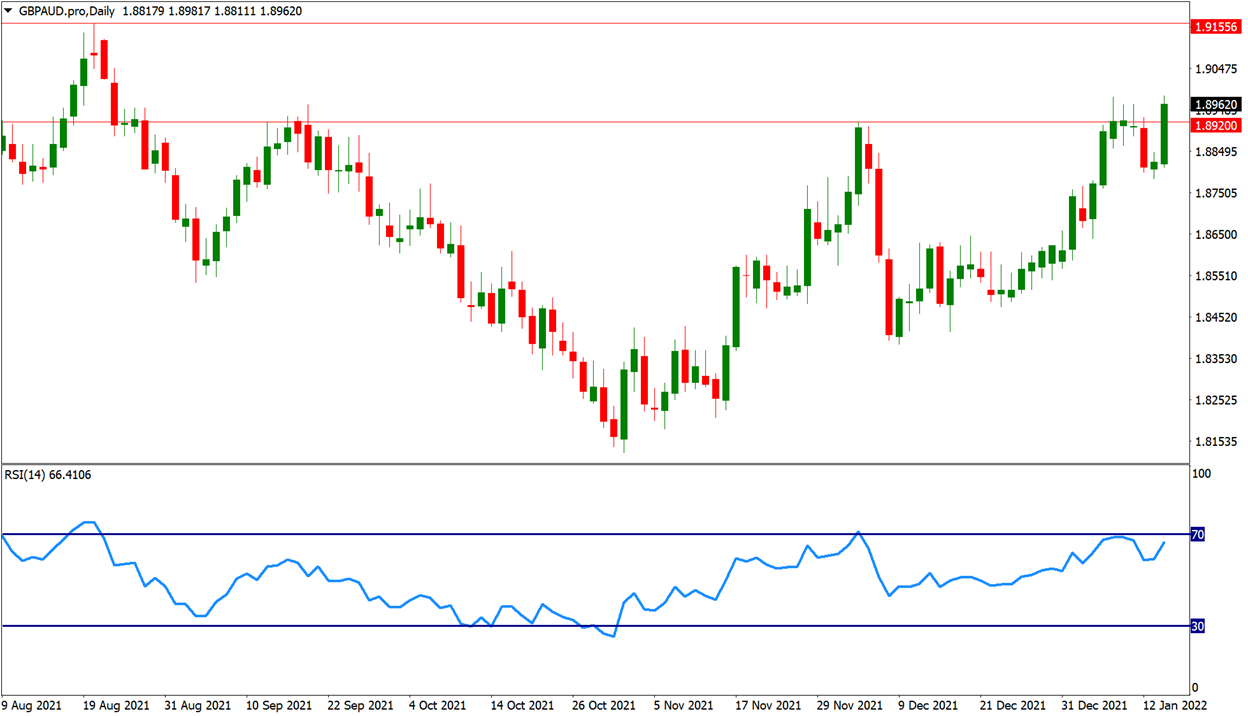 The Norges Bank will decide on interest rates this week and it is unlikely to make any changes as the pandemic continues to weigh on the economic outlook. A rate hike appears to be just around the corner though, and rising Oil prices will give the Norwegian Krone an additional boost; shorting EUR/NOK might just be the way to play it.

EUR/NOK has been trading within a descending channel since it ran into strong resistance at 10.40. A break below 9.89 support would pave the way for a correction towards 9.60-9.65. 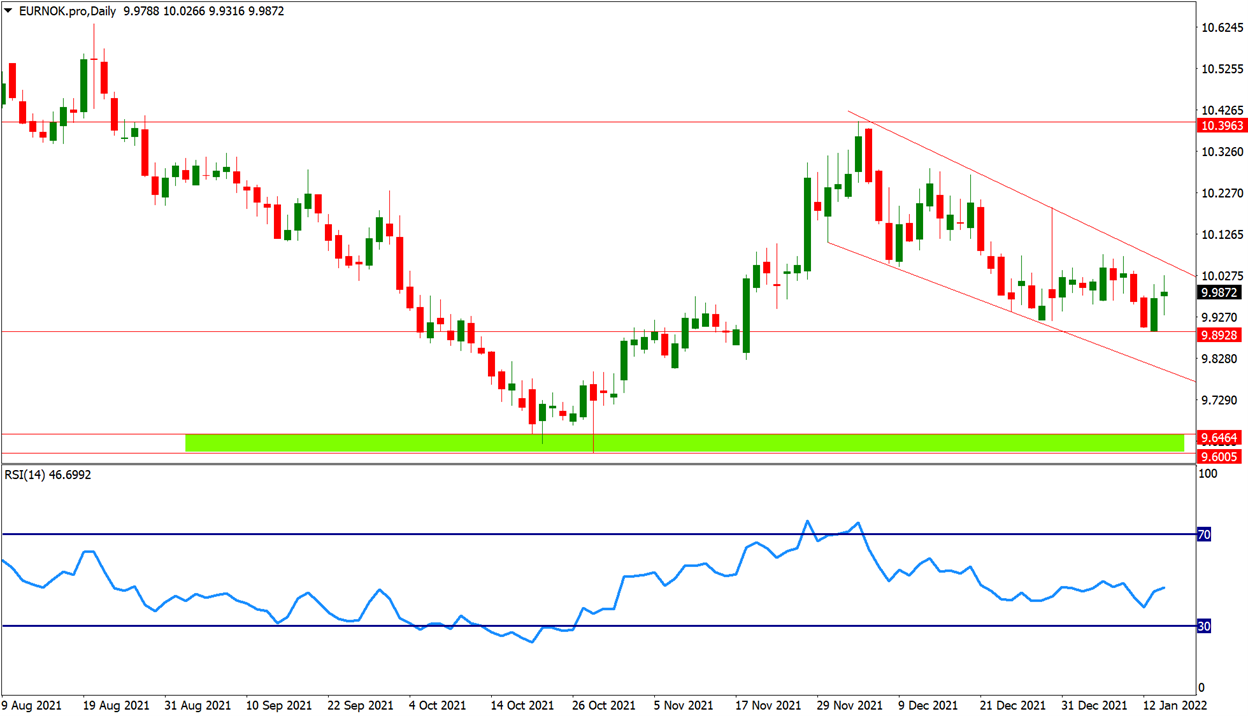 The US500 has been doing pretty well considering the sell-off in the technology sector. The index is trading within a rising channel and bulls remain firmly in control, despite the occasional sell-off. While the lower trendline has proven itself as notable support, US500 bulls are now eyeing the 4800 level and the upper trendline as next major target. 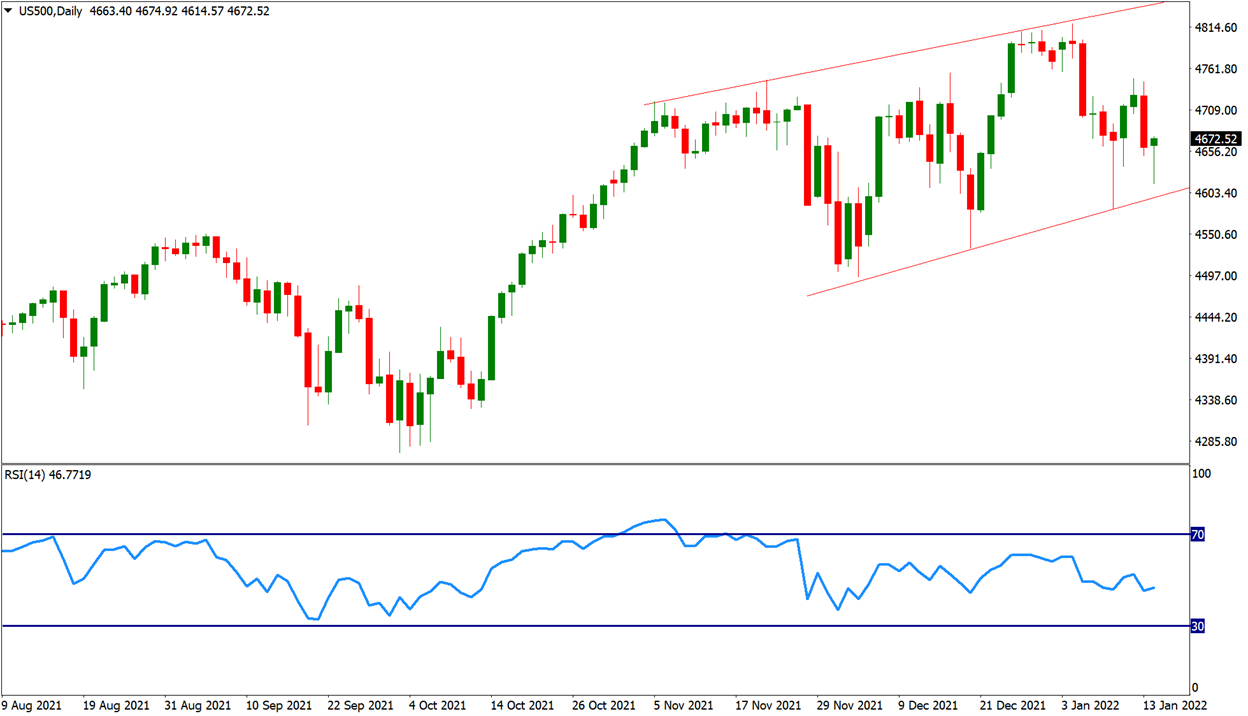 With a fairly light economic calendar in the U.S. for the remainder of this week, there’s unlikely to be a major disruption to the US500´s recovery, as long as the bullish sentiment in global markets remains intact.

In the commodities space, Cocoa got the attention of traders recently as it saw some major gains within a short time frame. Cocoa recently broke above the 61.8% Fibonacci of the September-November 2021 decline, which paves the way for a rally towards $2,788. The Daily RSI has not entered overbought territory yet, signaling there might be more room to the upside. 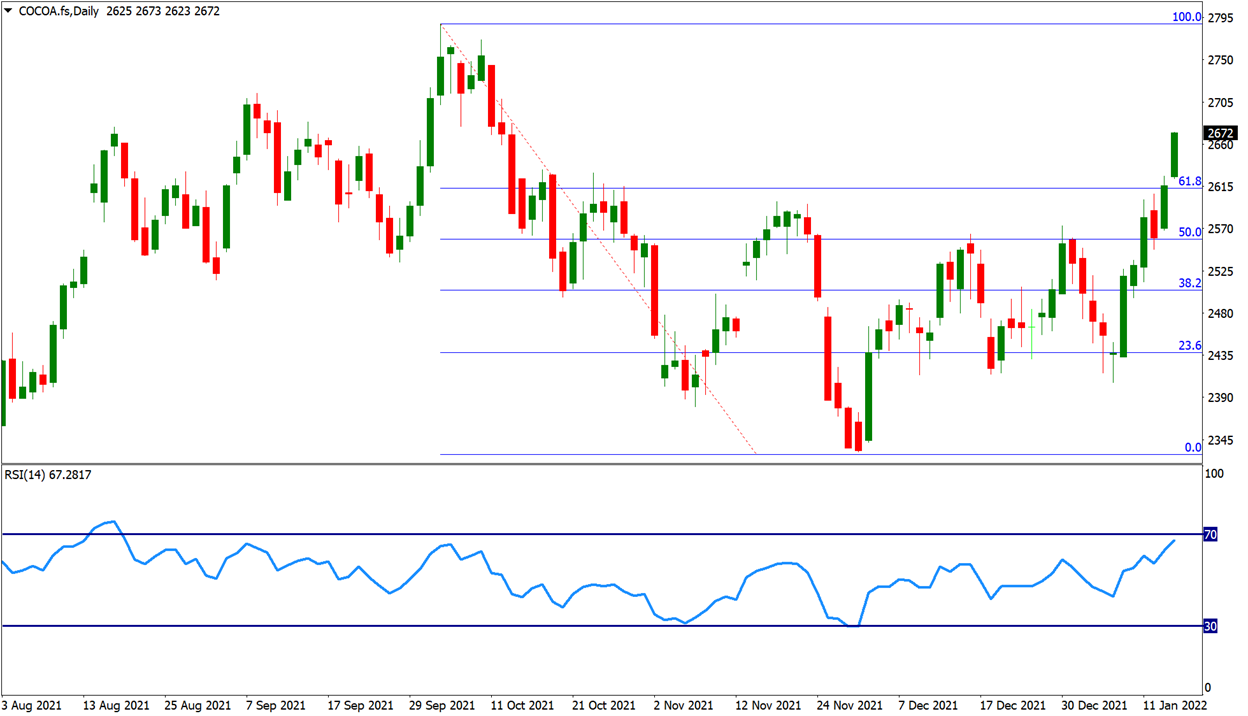