Home / Blog / Market Analysis / Porsche IPO: What you need to know – and how to trade it

Porsche IPO: What you need to know – and how to trade it 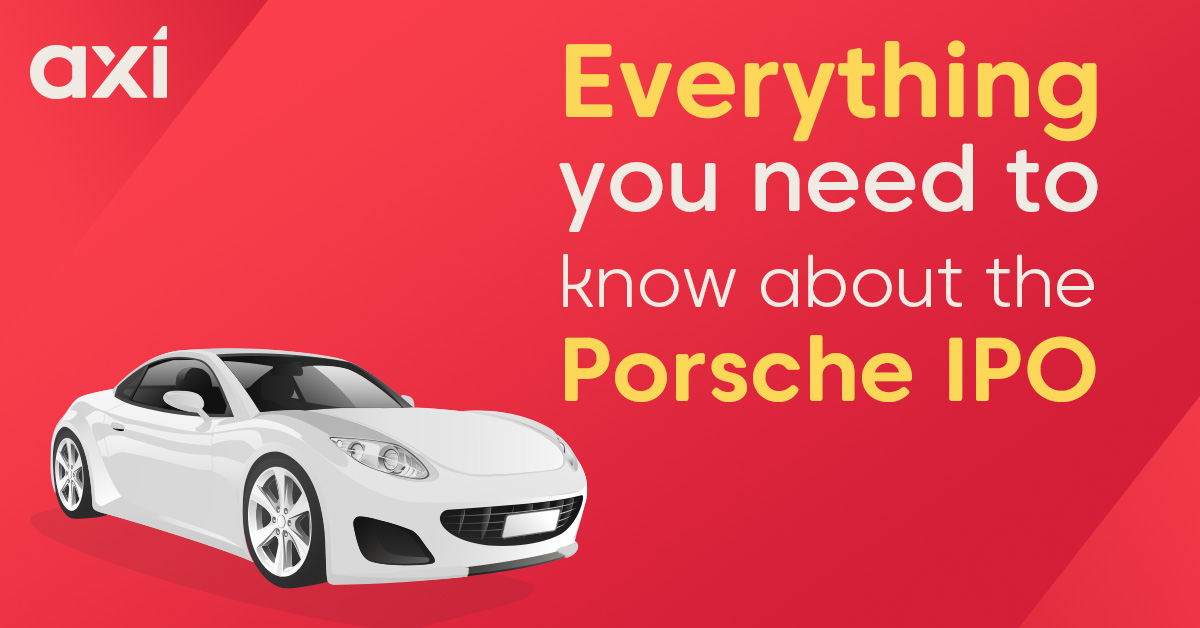 The legendary sports car producer Porsche is set for an IPO, with shares expected to start trading on September 29, 2022.

But hang on... isn't Porsche already part of the publicly-traded Volkswagen Group? And doesn’t the struggling economy make this a terrible time for an IPO? Get the answers to these questions and more in our Porsche IPO preview!

What is an IPO?

An IPO stands for Initial Public Offering and it’s the process a private company follows when it wants to offer shares to the general public.

Porsche’s IPO is expected to be one of the biggest market events this year – by sheer size alone it could end up being Europe’s largest stock listing in more than a decade! The stock is expected to attract significant interest from investors and traders, given Porsche’s prestige as one of the most recognizable car brands the world.

The Porsche brand is owned by the Volkswagen Group - one of the largest car manufacturers in the world (Volkswagen also owns Audi, Bentley, Lamborghini, SEAT and Skoda). So how does that work in an IPO?

Volkswagen will float 12.5% of Porsche, which is expected to bring in €9.4 billion for the company. This will be broken down into two types of shares: Ordinary and Preferred Shares.

The difference here is that ordinary shares come with voting rights (in other words, a vote in important company decisions), while preferred shares don’t. However, holders of preferred shares will receive an additional dividend of 0.01 EUR per share, on top of the regular dividend.

In this IPO, all ordinary shares will remain in Volkswagen’s control, while 25% of the preferred shares will be floated. 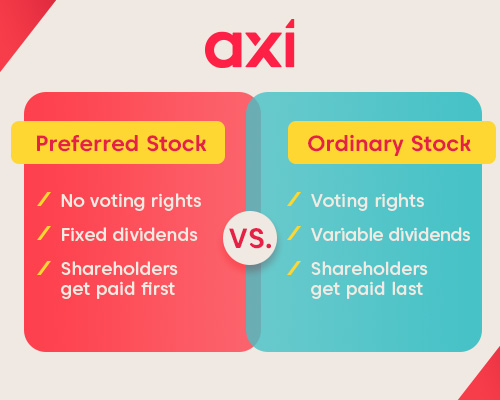 How much will Porsche be worth?

The carmaker is looking for a valuation between 70-75 billion euros. Let’s have a look at how this compares to other major car companies.

Rivals BMW and Mercedes-Benz are currently worth €50 billion and €61 billion respectively, so Porsche would overtake both – assuming everything goes as expected. 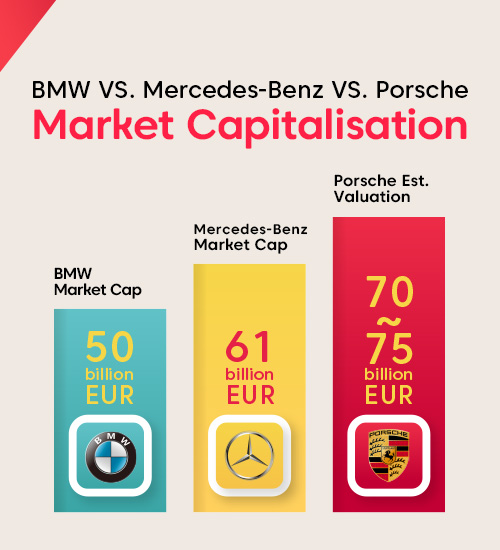 Yes, Porsche as a company is currently operating with a profit. Out of all car deliveries made by the Volkswagen Group in 2021, Porsche made up only 3.5% of the total, yet it still accounted for 12% of the company’s revenue. Porsche produced more than 300,000 cars in 2021 – a record for the company. It generated more than €33 billion in revenue that year, with a pre-tax profit of €5,73 billion.

Will the IPO be a success?

The risk appetite in global markets is currently low. Porsche’s home market of Europe is facing an energy crisis and geopolitical tensions are rising. At the same time, inflation remains rampant, and investors are worried that aggressive interest rate hikes will plunge the global economy into a recession.

The timing might not seem perfect, but it’s far from doom and gloom! An IPO of this size doesn’t happen frequently in Europe, and Porsche’s reputation as one of the strongest brands in the car industry makes it an attractive investment. Porsche has an ambitious revenue target of €39 billion for this year with a return on sales of 18%, and the company has been performing well despite the challenging environment.

Can we learn anything from the Ferrari IPO?

Ferrari had its IPO in October 2015 and it was a raging success, with sky-high investor interest. Post-IPO, the stock struggled for a few months as the hype settled down. However, since then Ferrari has seen a remarkable rise in its stock price and is currently up 241% from the IPO – this despite the pandemic and current economic headwinds.

Our Porsche CFDs will allow you to trade on rising OR falling share prices, so you’ll have the option to speculate in either direction.

In the meantime, you can already trade Share CFDs of other major car producers including Rolls Royce, Daimler, Ford and Tesla. Open an account today or find out more about all available Share CFD products that Axi has to offer!

Milan Cutkovic has over eight years´ experience in trading and market analysis across forex, indices, commodities, and stocks. He was one of the first traders accepted into the Axi Select program which identifies highly talented traders and assists them with professional development.

As well as being a trader, Milan writes daily analysis for the Axi community, using his extensive knowledge of financial markets to provide unique insights and commentary. He is passionate about helping others become more successful in their trading and shares his skills by contributing to comprehensive trading eBooks and regularly publishing educational articles on the Axi blog, His work is frequently quoted in leading international newspapers and media portals.