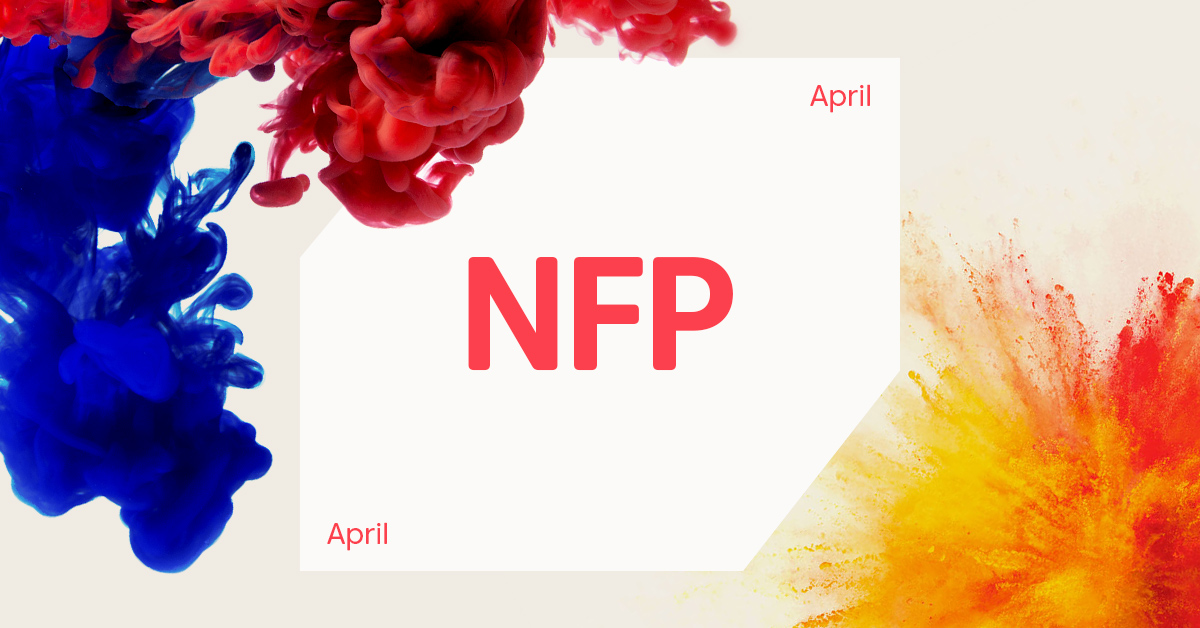 Before we consider the expectations for the impending jobs data release, let’s look at some of the leading indicators from this week. While we can’t predict the NFP number based on this data, they can give us a rough idea on what to expect:

The ADP exceeded expectations slightly, and initial jobless claims are likely to arrive in line with expectations. This is pointing at a solid NFP print on Friday.

The leading indicators are hinting at a decent NFP print, most likely within the 400-500k range. This would make a 50-bps rate hike in May by the Federal Reserve look more likely and give the U.S. Dollar a mild boost.

On the other hand, a disappointing NFP print could bring the Greenback under pressure, albeit only temporarily. The Fed is not concerned about the labour market, which has recovered strongly, but rather inflation. Weak jobs figures would unlikely affect their decision in May.

EUR/USD managed to regain some ground after finding support at 1.08. However, the recent rally is more likely to end up being a bull trap than the beginning of a sustainable recovery. The ECB does not appear to be in a rush to hike rates despite persistently high inflation, and the war in Ukraine is putting the currency under additional pressure.

A stronger than expected NFP print will attract the attention of EUR bears and could cause an early end of the recent recovery.

Gold to remain at elevated levels

XAU/USD has seen less volatility in the last two weeks as the initial shock about the escalation of the conflict between Russia and Ukraine eased somewhat. Nevertheless, with geopolitical tensions running high and inflation at worrying levels, gold is likely to remain in demand. More aggressive actions by the Federal Reserve are already priced in, so even a stronger than expected jobs report on Friday is unlikely to do any noticeable damage to the gold price.

Bulls remain in control as long as XAU/USD manages to stay above $1877. The next bull target is $1966, after which the precious metal might extend its rally towards $2000 and ultimately $2071.

Charts Of The Day: Another look at exotics

Charts Of The Week: Interest in the EUR