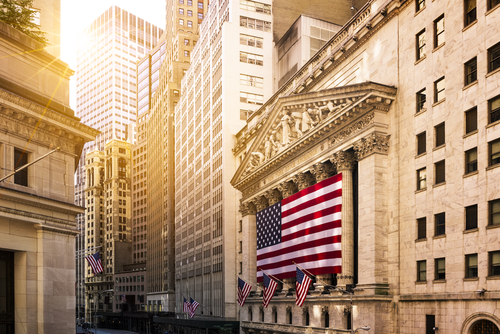 Risk traded poorly, and equities continued to slide in Asia amid concerns of a renewed virus spread with rising new coronavirus cases in Korea and Wuhan, given short shrift.

Wuhan has been ordered to test the city's entire population of over 11 million people over the next ten days after six new cases were found. China remains incredibly nervous about covid-19 and does not consider the crisis over by any means.

This also illustrates the challenges that the rest of the world with more limited testing ability is facing.


Risk-off mode continues to permeate on the back of secondary spreader fears and grim economic data expectations. But no one has been paying up for any Covid19 market insurance as yet, via gold or other havens.

That is primarily due to the fact US markets continue to hold up. With all the stimulus, the Fed's corporate credit facilities, and its 'main street lending program,' which covers 40% of S&P 500 companies, as well as talk of state economies re-opening, it would be natural they remain bid on the dip. For how long remains the big question, especially with secondary spreader fears rising around the globe.

At a minimum, this could give Western governments cause for a pause at least until the Wuhan testing data has been revealed. And for the markets, the data could have significant consequences on the perceived shape and speed of the economic recovery.

G-10 traders had been selling EUR and AUD vs. buying JPY with risk sentiment slightly negative on the news of China imposing tariffs on certain Australian products.

The Aussie has been under pressure most of the day due primarily to tariff issues with China. First Barley now Beef but recovering into the Sydney close

The risk is, of course, that this broadens out to more critical areas such as iron ore, coal, education, LNG, etc.  But if it stays at Beef and Barley, then economically, it should not matter much for Australia.

One-month USDKRW hit a high of 1228.0. USD/Asians failed to sustain their small rally and are now trading at the day's lows.

Even crude oil struggled for traction after Saudi Arabia decided to cut output by another 1mbd for June.

Oil has been trading sideway all day with few catalysts to move on. As is typically the case, most of the price action has been occurring during London and New York headline hours. So, with most, the headline risk in other time zones its been a bit of " wait and see" in Asia with most likely sitting tight ahead of the API inventory survey, which should provide a sentiment nudge. Indeed, printing a 4th consecutive week of inventory contractions would be viewed in a positive light.

Gold continues to consolidate as the macro scrim is holding up as well as expected. The dollar and real rates are consolidating around recent levels, while equities are holding up their end of the bargain. Everyone seems bullish gold now. But absent catalysts this likely means mostly keeping existing core positions rather than adding more weight to the inventory as the loss of momentum is always a concern evens with the heightened discussion around negative Fed funds.

But tonight, the raging gold bull will need to start down US deflation. However, central banks around the world are pumping in liquidity, if not printing money outright, as political leaders keep topping up fiscal stimulus programs. But the impulse from a sharply deteriorating labor market will be disinflationary for now and should hold the gold bulls at bay.

That said, negative real rates are likely to remain in place for years and have much room to fall further from current levels, which will continue to benefit gold over the longer term. Plus, the defaults and bankruptcies will come in a few months, and the exuberance of 21x forward P/E will be exposed, so the gold bull story goes.