Markets Outlook: Monetary and fiscal policy to the fore after an epic week 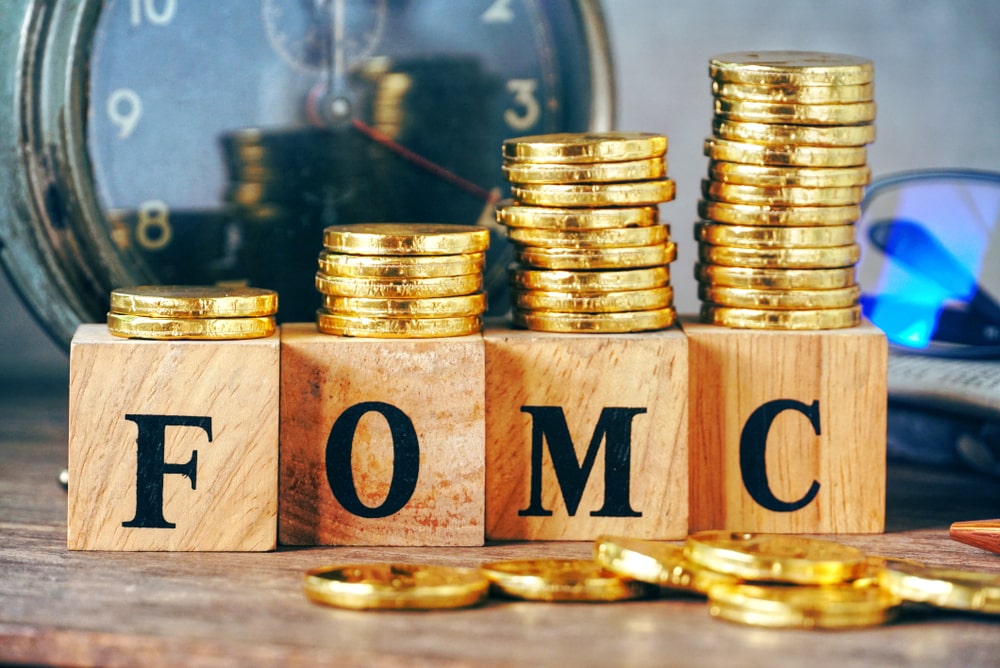 All about the FOMC meeting

This week's economic data will undoubtedly take a back seat to Wednesday's FOMC meeting. The markets are positioned for the Fed to cut rates by another 100 basis points, making the Fed funds rate back to the zero-lower bound for the first time since November 2012.

If the Fed cuts rates to zero by this meeting, Chair Powell's press conference will likely focus on the next policy steps should the outlook deteriorate further.

Consistent with the Federal Reserve's ongoing policy review, most analysts expect the Fed will use forward guidance:

Concerning Chair Powell's press conference, there’s a lot that can go wrong here – as we saw from the ECB presser last week – so the key will be to avoid at all cost any policy miscommunications.

A key topic will no doubt be the committee's views around the likely impact of Covid-19 on the economy and what they saw that caused them to pivot their policy stance so aggressively.

The response will be crucial, but unquestionably he’ll talk up the US economy and emphasize that we may be entering a Covid-19 outbreak from a healthy place as fundamentals in the US economy were solid as of the early part of the year. That decisive action from policymakers will help support the economy as it deals with the fallout from the coronavirus.

With this type of response, a recession not being the Fed’s base case, he could note that at this point the economic impact of the coronavirus fallout is highly uncertain.

What is the point of the Fed buying bonds at these levels?

In 2008 and afterward they bought bonds to lower long-term rates and stimulate the economy via housing and the wealth effect of a higher stock market. Now, the US 10-year yield is below 1%. Is there any point with rates already so low? It's a puzzle that needs to be addressed in future Fed communications because the starting point matters.

Lots of discussion centeres on will – or can – the Fed buy equities as part of their open market activities; here’s a slightly dated but still very relevant read authored by Greg Shill, a lawyer, and fellow at NYU School of Law, on that very topic:

Does the Fed Have the Legal Authority to Buy Equities?

The past week was epic. Globally, the correction in stock markets has been of seismic proportions as the stock market dipped then ripped like never before; welcome to the world of risk parity engines and algorithmic trading machines that dominate today’s market landscape.

In the UK, the FTSE 100 dropped by a staggering 11% yesterday – and it wasn't just equities that took the express elevator down. Oil prices crashed, falling by 25%. Yields also plummeted with 10y gilt yields touching their lowest levels on record. Such cataclysmic times needed central responses of Miltonian proportions and that's precisely what the market got last week: a carefully orchestrated policy deluge from both the Bank of England (BoE) and the UK Treasury.

The UK did something that other markets have been yearning for: monetary and fiscal policy coordination. Hours before Chancellor Sunak delivered his inaugural budget, the BoE surprised markets by announcing a three-part emergency package to support businesses, households and financial conditions.

On the data front, I expect all the data points to fall through the cracks this week; in other words, they will mostly be nonmarket impacting events.

On the week ahead, the critical report to look out for will be the January labor market data. First, wages. The markets expect them to continue to drop with AWE Regular Pay printing at 3.1% (3m/YoY).

On employment, not much to see here as there may be a marginal pick up but it will likely be a non-tradable event.

January GDP disappointed, coming in below market expectation on the back of weaker industrial production and construction activity. With January thought to be the strongest month H1-2020, the fact that the economy failed to grow is terrible news. And it probably gets worse from here before it gets better.

In response to the pandemic and accompanying stress in growth and financial markets by every central bank on tap this week.

Analysts are expecting more aggressive monetary easing by RBI and MAS, in particular, the consensus is for Reserve Bank India (RBI) cutting rates by at least 40bps.

As for the markets MAS call, most analysts expect downward mid-point recentring and a NEER slope reduction to neutral. However, the recent sharp fall in oil prices and worsening spread of Covid-19 in the US/EU, together with the government's hint at using past reserves, all point to a more aggressive response by MAS.

Bangko Sentral ng Pilipinas is widely expected to cut its policy rate by 25bps on 19 March.

Bank Indonesia (BI) is also likely to cut its policy rate by 25bps on 19 March.

On the same day, the markets expected the Central Bank of China (CBC, Taiwan) to also likely to deliver a 25bps rate cut.

As for China's high-frequency data, due to the Covid-19 outbreak the market is pricing in a worst-case scenario already. Deutsche Bank expects "Retail sales are likely to fall +3 %yoy YTD in February” vs. +8% in December, while IP is expected to decline +3%yoy YTD vs. +6.9% in the same period. Fixed asset investment growth is likely to drop to zero from +5.4% in the same period. These data support our forecast of a sharp fall in China's GDP growth to 3% in Q1 from 6% in Q4."

I'm updating virtually all the market impacting events in real-time and could use some AxiTrader client support as all this effort is for you guys: @steveinnes123

I joined UBS Bank’s teleconference from London on the state of the oil market, where Bob McNally was the keynote speaker – he’s very insightful and worth following: