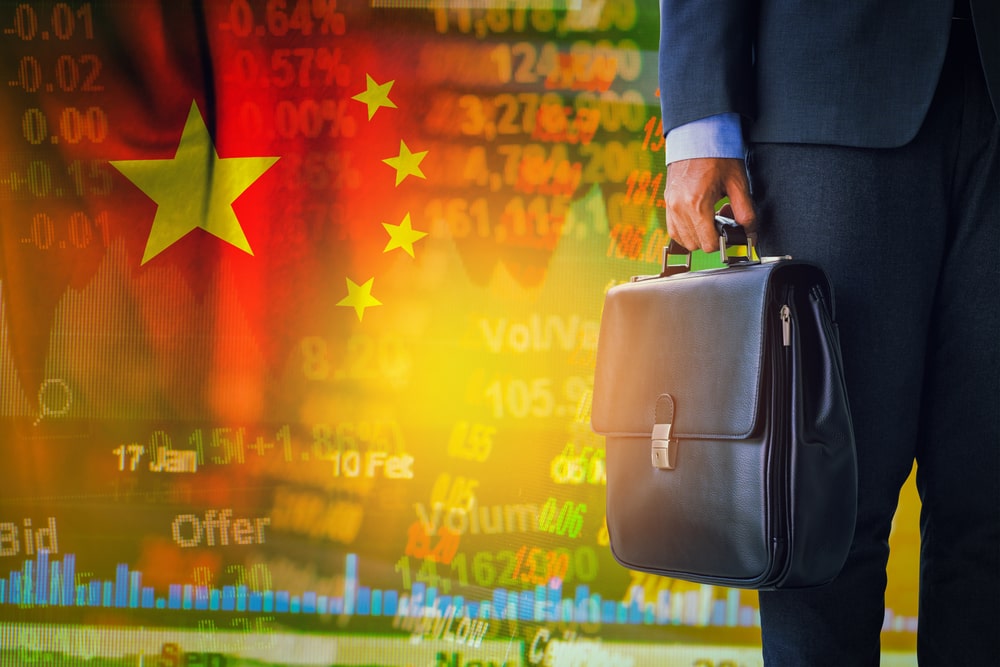 This week's economic calendar may present a mixed picture concerning the near-term outlook, but Fed communications will likely remain on message. Note that Cleveland Fed President Meister (non-voter/hawk) and Vice-Chair Clarida (dove) will be speaking on Monday and Tuesday, respectively, at the National Association of Business Economists (NABE) conference in Washington, DC. As Clarida noted last Thursday, while the Fed views the fundamentals of the US economy as "strong", downside risks remain  – namely uncertainties around the impact of the coronavirus on global growth.

The market is not expecting any material reversions to headline Q4 2019 real GDP growth (+2.1% preliminary vs +2.1% advance) on Thursday; traders will monitor the second print for revisions to the components.

Thursday's durable goods report and Friday's advanced goods trade balance (-$69.0 billion vs -$68.3 billion) will provide the first peek into the performance of these sectors in the current quarter.

The market was expecting Friday’s Chicago PMI (47.0 vs. 42.9) to retrace some of last month's 5.3-point plunge, but in the wake of the IHS PMI survey it’s hard not to be cautioned on the degree of improvement.

In light of the coronavirus outbreak, which has delayed businesses ramping back up after the Lunar New Year holidays, investors have become concerned about the adverse impact this is having on both the economy and companies. The economic fallout is most probably underpriced given the clear (flatline) trend of work resumption.

China's works resumption barometers – including property sales, traffic congestion, coal use and air quality – are all lagging 2018 and 2019 by a considerable margin. Not only that, what's also worrying is that they’re flatlining at lows, suggesting the industry fire-up could take much longer than expected. As such, the convexity of global economic data to how much of the Chinese economy comes back online should not be underestimated, considering Hubei + Henan GDP at ~ $1.3trilllion is a little larger than Mexico and a little smaller than the state of New York.

The first significant US economic data wobble came from IHS Markit purchasing managers' index, which fell 3.7 points to 49.6 on Friday, slipping below the critical 50-point mark that signals a contraction. The last time the index, which measures composite output at factories and service providers, fell below 50 was in October 2013 in the midst of a US government shutdown.

The deterioration in PMI "was in part linked to the coronavirus outbreak, manifesting itself in weakened demand across sectors such as travel and tourism, as well as via falling exports and supply chain disruptions," IHS Markit economist Chris Williamson said in a statement.

Still, the February survey also showed a "notable upturn" in business sentiment about the year ahead. This reflects "widespread optimism that the current slowdown will prove short-lived," Williamson said.

But compounding sentiment, while the market has been prepared to look through rising coronavirus infection rates as a brief affair, news direct from US corporates about supply-chain disruptions impacting revenue has weighed. After Apple’s downgrade on Wednesday, Procter and Gamble warned Thursday about lower Q1 sales and earnings, citing supply chains and reduced store traffic in China.

Although some market participants were quick to dismiss the Apple warnings, it's clearly dented the market bravado as investors aren't nearly so eager to buy the dip, suggesting that a level of discontent, especially around earning, is starting to set in.

So, with “super spreading virus” fears gripping markets and trader bravado dented last week, caution before entering these risky markets needs to be exercised. This despite the fact that central banks have the market’s back.

After spending the past 15 years running an algo based electronic market-making trading desk, I can’t stress enough that you need to defend against the algorithms that are exclusively designed to prey on market vulnerabilities. On Friday a colossal sell program went through at the same time, taking the SPX from 3390 to 3340 in exactly 30 minutes from 11:00 to 11:30am, knocking the stuffing out of the market’s bravado. Remember, it’s the machines in Secaucus NJ that control the market these days, not the dentists in Topeka.

The Proxies are a critical gauge for market sentiment, so next week the focus remains on Korea.

On Tuesday, President Moon Jae-in called for "all possible measures" to handle the emergency economic situation caused by the Covid-19 outbreak. But the surge in the number of confirmed cases, together with a report of South Korea's first death from the virus, is likely to weigh further on already depressed sentiment and domestic demand – hence the market is expecting both a fiscal and monetary response, as such a 25bp rate cut by the Bank of Korea (BoK) on 27 February is the base case.

The downward growth spiral stemming from COVID-19 hits at a time when economic activity in many local countries is already weak. Any remaining hopes of a reflation trade are but a pipe dream, so attention should shift to the prospect of more monetary policy easing, which should continue permeating across the region. With Asian central banks leading the rate cut peloton, regional bonds should perform strongly against other markets, including US Treasuries.

Amidst a change in risk sentiment, Asia EM has been remarkably resilient versus other asset classes, such as EM equities and EM FX.

Many Asian currencies have weakened since the coronavirus outbreak began to grip the FX market's attention just before the Lunar New Year holiday in January. The SGD and THB have been the so-called whipping boys, followed by the KRW, MYR and RMB. The RMB’s resilience continues to stand out mostly due to the lack of USD dollar demand from onshore, but this is temporary and I would expect dollar demand to pick up as importers get back to work and China's shrinking tourism trade deficit swells again on outward travel.

Renewed anxieties about the spread of the Covid19, both inside and outside of China, has helped to drive the US yield curve lower. 10-year USTs are trading sub 1.5 %, which lit a fire under the gold markets on Friday. Fear of a "super spreading" virus was brought to the fore when Yonhap reported that South Korea said 52 additional cases overnight, bringing the total in the country to 156, a five times increase from earlier in the week.

And with a four-standard deviation (SD) 2-day move in USDJPY (mind you, a result of the low vol as each SD is smaller right now than it was in the past), profit-taking was setting in on the USD longs. Still, with the greenback wickedly overbought, there's a growing reluctance to add more dollar carry haven hedges – much to gold’s bullish delights – and outside of investors’ insatiable demand for US Treasuries gold has managed to outshine all others.

As for FX positioning risk, the KRW is densely positioned in bond and equity markets by historical standards (foreign ownership shares converted to percentile ranks). Taking the sensitivity of currencies to capital flows into account, KRW is near – if not at – the top of the list, hence the reason why the Won is leading the pack lower.

Also, JPY weakness is playing a role. Both Korea and Japan rely heavily on imported components from China to manufacture their electronic products: 44% of Korea's total electrical and electronic imports come from China, and that ratio is 47% for Japan. These ratios are much higher than for other Asian countries: around 32% for Thailand, Taiwan and Vietnam, and about 20% for Malaysia, Singapore and the Philippines.

Regarding Japan's poor PMI print, due to the COVID-19 outbreak the lower reading shouldn't come as a surprise but may add to the JPY's short-term woes. This week's JPY weakness appears to be a result of the weak 4Q GDP reading, then further driven by asset reallocations. But worries the Tokyo Olympics could be in jeopardy if the virus worsens is adding to Japan's growing wall of worry. Still, JPY weakness might be a little over-extended, especially in an environment of risk-off behavior, so some position-squaring of JPY shorts into the weekend is not surprising, although the current direction of travel makes sense.

With the markets less confident of a 'peak virus' moment, while questioning the numbers/methodology used by authorities in Hubei – not to mention the continually shifting goalpost – things are looking mighty disheveled.

And given the rapid increase in the cases reported in Korea and the continued drift higher in mortality rates in China, the market has switched back into fear mode.

On the high-frequency data, which included the 26 days since LNY, the back to work data suggests only about one-third of the Chinese workforce has returned to their jobs; coal consumption is more than 50% below its normal levels; car sales are reported to have fallen by 92% in the first half of February; exports from Korea have dropped 9% in the first 20 days of the month (to China by as much as 22%).

And news direct from US corporates about supply-chain disruptions impacting revenue has definitely weighed on sentiment. After Apple’s downgrade on Wednesday, Procter and Gamble warned Thursday about lower Q1 sales and earnings – citing supply chains and reduced store traffic in China – markets have started to wobble significantly.

It took Apple to do what the coronavirus couldn't: make stocks feel a little queasy. While the market seemed to absorb the initial Apple shock in its typically pleasant manner, it's the aftershocks when corporate America starts waving the warning flags in tandem that could prove to be the biggest gut check.

While Singapore attempted to get ahead of the curve with a massive fiscal response and has eased the SGD declines across the bands, China's low-spirited policy measure has allowed 7 to break on USDRMB without any apparent signs of resistance (on the fix or spot) and has left the market participants to speculate that perhaps the mother of all stimulus packages from the PBoC is not on the cards.

Caleb is now an independent trader (like you and me), but in past lives he held senior positions at a number of top global trading banks in fixed income and derivatives desk. I met Caleb when I was working in Singapore and he’s a wealth of market knowledge.