Markets Outlook: Fed in the spotlight as markets struggle with virus impact 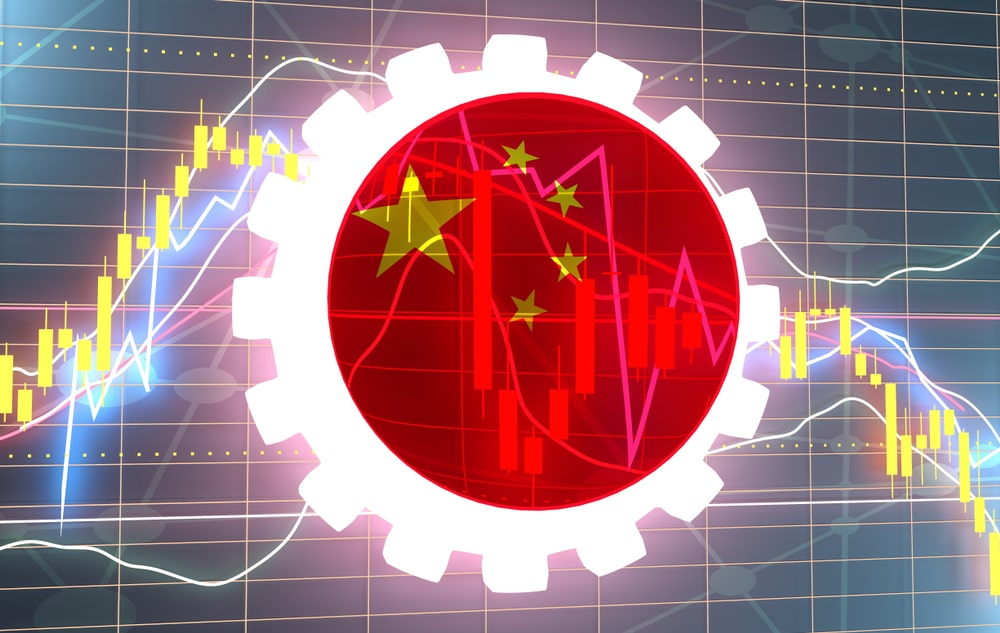 This week is filled with what’s typically very market reactionary and incredibly essential data releases such as today's (Monday) manufacturing ISM and Friday's February employment report. However, given the collapse in risk assets and a sharp repricing of Fed rate cut expectations last week, market attention will likely focus on this week's rollout of Fed speakers.

As I hinted at in last week's blogs (Possible Emergency Policy meeting as my base case), the market is now expecting the Fed to cut interest rates by 25 basis points  at each of the next two policy decisions. Depending on the severity of the economic impacts of the spread of the coronavirus, there’s certainly scope for more stimulus. So, Chair Powell's unusual statement last Friday afternoon likely marked a turning point in the Fed's tone concerning the potential for near-term policy action, probably as soon as the March 18 meeting, or even before – although I'm now thinking that might produce more panic than not.

This could be kicked into high gear with the communications of other officials this week. Their guidance is especially crucial given it’s the last chance to set market expectations ahead of the blackout period for the March meeting, which begins Friday evening.

The Bank of Korea (BoK) surprised markets last week by not delivering a 25bps rate cut as widely expected, despite the Covid-19 outbreak and its impact on growth. Together with concerns about rising housing prices (mortgage) and financial market (FX) volatility, its assumption of a relatively muted impact of the Covid-19 appears to be behind its decision not to cut rates this week.

Bank Negara Malaysia (BNM) could cut its policy rate by 25bps on March 3. as the market is moving its rate cut call forward from May to March and repricing expectations for lower growth, not just in Q1 but also in Q2 as the impact from the Covid-19 outbreak and ongoing political uncertainty weighs on economic growth structures.

China's exports are expected to contract 10%yoy in Jan-Feb vs. 7.6% growth in December on the back of the Covid-19 outbreak. Although the latest indicators point to a recovery in migrant flow, coal consumption and property sales, risks remain tilted to the downside given their slow rebound.

Investors will need to respect the flows from risk-parity funds, which quickly rebalance bond versus equity holdings, but most of all be nimble playing the dip this week versus the machines in NY4. CTAs have cut long equity exposure to being short but could go further. The CTAs were extraordinarily long and have now flipped slightly short (18th percentile) but remain well above prior massive sell-offs in 2011-16-18.

I’m not sure how much we can take a lesson from the previous disaster playbook as, at one point, the Vix was on the precipice of pricing in an extinction scenario (not really, but it certainly looked like we were moving into uncharted territory at one point).

However, generally, these types of sell-off are triggered not because the market knows how to price risk but rather, as in this case, because they didn't know how to factor in the Covid19 tumult, which likely triggered a massive position cut and run to panic stations. But history shows that once a disaster hits and markets sell-off, investors may make rational projections about the initial growth slump, but tend to be bad at pricing in how quickly growth can recover, especially those that don't follow the PBoC.

Don't get me wrong, the PMI numbers in China are brutal. But if you think the PBoC is going to sit on their hands and not turn on the taps, you’ll be in for a reality check.

Follow the flows: Central banks will continue to pump billions in cash into the market. This could end the global rout.

But at the end of the day, Bloomberg's Manus Cranny summed it up perfectly on Twitter: "Another ten years off from the beach life."

Oil markets: All eyes on OPEC

With oil having its most significant weekly loss in almost nine years, the pressure is growing on OPEC+ to deliver a response to halt the decline. Saudi Arabia is reportedly pushing for an additional 1mb/d production cut – more aggressive than the 600kb/d cut recommended by OPEC's Joint Technical Committee, and OPEC's secretary-general said there is "renewed commitment" within the group to take action to stabilize the oil price.

While the OPEC+ meeting next week (March 5-6) will be relevant, I continue to believe that any optimism that follows a positive outcome will be short-lived and that oil will not begin to recover until Covid-19 is no longer seen as a risk. Keep in mind we’re dealing with the April delivery contract, so there's not a great deal of material wiggle room to immediately address an oversupplied market.

On the other hand, much of the dramatic move down in oil and oil equities this year is already pricing in close to a worst-case scenario for the impact of Covid-19. And $40 WTI ~ $45 Brent will mean US drilling activity will materially adjust, so the bulk of the selling should be behind us unless worst-case of a super spreader Covid 19 hits.

As I stated in last Wednesday's blog entry, Wall Street’s China PMI call was extraordinarily bad. And on the dreary print, I have no idea what Wall Street was looking at. Indeed, one doesn't need a Ph.D. in Economics to figure out that with China's industrial complex in lockdown for a month, things were always going to come out bad. But the glaring delta in the data does raise some questions, at a minimum, about how accurately this month's PMI survey was sampled.

There’s no denying gold's "haven" credentials are getting questioned in light of gold's tepid performance with nary a bounce in sight. It should be particularly worrying for gold bulls with Treasury yields collapsing, which should have been extremely positive for gold.

Risk-free sovereign assets, not gold, are the preference of choice as cross-asset investors grow concerned about the considerable drop in physical demand since the virus hit. So, the bearish aspect of reduced consumer demand amid the economic slowdown could be depressing prices as physical does remain a significant demand channel.

In a reminder of how vital month-end can be for precious metals, what started small – moves driven by losses in equities or elsewhere – seems to have turned into a complete position unwind.

Indeed month-end rebalancing and people possibly selling their winners (gold) to cover margin calls and raise cash could be the straw that broke $1,600 back.

It's more than just margin calls. However, that view was milked on the Comex backward and forward to no end on Wednesday and with inflation expectations back to 2016 levels, despite 2.5 fed rate cuts baked in the cake, that’s the latest wall of worry for commodity markets – including gold. Gold is a commodity after all, and let's not lose that focus amid all the gold fever pumps.

But with gold closing above the 50-day moving average at 1566.50 (April 20 futures) on Friday, we could be entering a technical buying zone for longer-term term traders, so it will be critical for that level to hold otherwise there could be another capitulation lower. Thematically, I tend to be a less technical and more supply and demand momentum style gold trader, but with CTAs driving the bus right now, charts need to be respected.

Market sentiment has shifted markedly from viewing the coronavirus outbreak as more of a China-centric issue that will ultimately be followed by a V-shaped recovery, to now seeing it as a global outbreak that will result in a protracted drag on growth. But due to this weekend's weak China PMI, we are starting the process from a much lower point than expected so it’s a bit of negative.

The Yuan has remained a beacon of stability as it remains anchored to PBoC policy but could continue to strengthen as growth rebounds, aided by government stimulus.

As for the ASEAN block, the view remains this same; parocially, currencies of the small-open economies (KRW, THB, MYR and SGD) to underperform those of the domestically driven economies (INR and PHP) as the former group is more exposed to Chinese demand, supply chain disruption and, of course, tourism.

AUD remains under pressure as risk aversion via JPY crosses continues alongside the potential for calendar-related flows compounding the price action. There’s been very little bounce into the weekend, but it's essential to keep an eye on the A$ response to a Fed policy impulse and a likely PBoC RRR cut. The Australian dollar is a growth beta so this could eventually win the day, but the long Aussie is definitely a pain trade.

No real change in view bias to sell rallies remains, but the market appears to have trimmed a little into this last leg. But since the AUD has a high beta to weaker China data, the weekend’s PMI release should test the A$’s resolve this week – as will the RBA's probable dovish impulse.

The COVID-19 rapid spread scenario has created a potentially massive negative feedback loop for US stocks and the USD. The most prominent position in the world (other than long gold) is probably still short EURUSD, as that has been a core CTA and real money position for more than a year and specs added massively at the lows on the USD Yankee bullish fever. The worse things get, the better the odds of the end of  BLACK ZERO.

The EURUSD was flyboarding higher on the combination of the continued unwind of EURO funded carry trades, and a reversal of the stack of "Euro put options" which rapidly flipped to a towering pile of "Euro call option" as the G-10 markets wax dovish the FOMC rate curve.

EUR buying is emerging as a clear theme, and the bias is expected to continue with hedge funds backing up the truck to unwind and reverse short Euro positions.

But with things in total panic mode over the past 72 and the Euro's hypersensitivity to weaker China data, on the back of the dreary China PMI released over the weekend, I would expect some air to deflate from the Euro ballon this week.

The Weekly Wrap By the Numbers

I've been following the Heisenberg report since day one and I’m not recommending it because my comments feature on the site, but simply because it’s a fantastic market report. I have no affiliation with the pay side component, although for the live feed intel the site charges a $7 dollar monthly subscription fee.