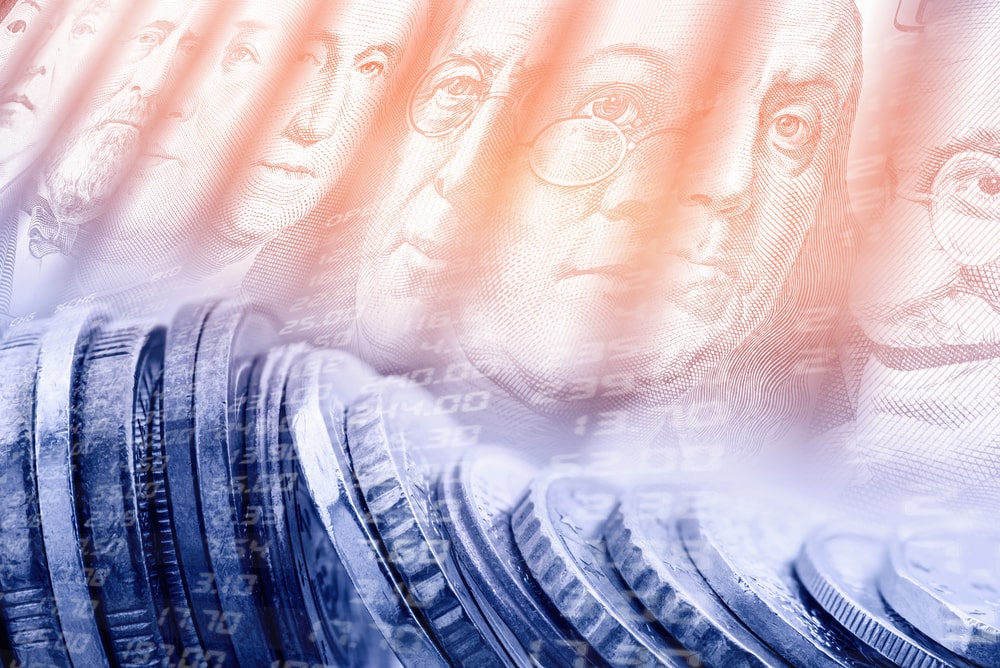 Massive monetary and fiscal spending is giving investors just enough breathing room to figure out the extent of the economic damage that’s been done due to Covid-19. However, that oxygen supply is rapidly depleting with global case counts rising – especially in the USA. To that end, Asia markets were trading on the back foot today as risk appetite wanes, pointing to more turmoil ahead.

Oil prices triggered a more broad-based cross-asset sell-off after the WTI front-month contract fell below $20/bbl at the Asia open. Fortunately for risk sentiment, the breach of that psychological level didn't lead to an even deeper dive in prices. But the week is still young.

The central bank policy deluge seems to be suppressing FX volatility for now in what was expected to be a raucous quarter-end. But as risk is showing signs of turning back on, the USD is giving back gains in lockstep into the London open.

The PBoC showered markets with liquidity today after surprising with a CNY50 bn 7d reverse repo operation at 2.2%, down from a 2.4% rate in its last operation, more than one month ago. The government is attempting to minimize the impact of the coronavirus, but given that the negative shock to the Chinese economy could be unprecedented, the amount needed to avoid a severe slowdown and sharp increase in the unemployment rate is far more enormous than what they provided.

The PBoC cut did but that shouldn't have come as much of a surprise after global central banks showered the market with liquidity. But, from my seat, they could have done more and are still being too conservative with monetary easing, relative to their counterparts at the Fed. There’s also a view that the world expects them to do much more since everyone’s paying the massive health care bill for a virus that started in China.

This policy move fits into the “thanks for showing up” category relative to other central banks' efforts, but little else. With the market in policy fatigue, they needed to shellshock.

However, some are reading this as the start of a fresh round of easing and expect the central bank to shift/guide the whole curve. Well, the PBoC will have another chance to do what's right as there’s CNY200 bn of MLF due April 17, which falls just before the scheduled April 20 Loan Prime Rate fixing and provides the PBoC with an appropriate opportunity to shift the medium and long-term rates lower.

MAS was less dovish than expected, which means a lower USDSGD. Those positioning for a wider SGD NEER band were disappointed; MAS kept the width of the band at -2/+2%, re-centered the band and reduced the slope to zero.

Over the short term, and running counter to the run of economist's logic, I don't believe Asian central banks want to weaken their currencies aggressively. With the world in lockdown, why do they need a weaker currency when there's no one to export to?

Instead, a stronger to stable currency attracts more capital inflows at a time when you want to start to internalize economies until the world sees Covid-19 pass. Not to mention MAS doesn't want to raise the ire of the US treasury when the Fed has offered them a USD  FX SWAP lifeline.

Gold doesn't want to let go of the distressed sales narrative, and this may be getting compounded again this week by the CME increased margin requirements which could be accelerating the need to pare positions.

Oil prices fell another $2.00 in Asia. Still, it remains challenging to call a floor as the horrific news flows are providing inferior optics as storage capacity is expected to be filled to the brim with the world in lockdown.

With social distancing impacting over 90% of the global GDP, we're still no less disentangled from trying to quantifying the real demand impact. Nevertheless, estimates are getting worse by the week. As such, “sell first, figure out the math later” seems to be the order of things as oil is getting sold indiscriminately with demand projections falling an estimated 26 million barrels this week