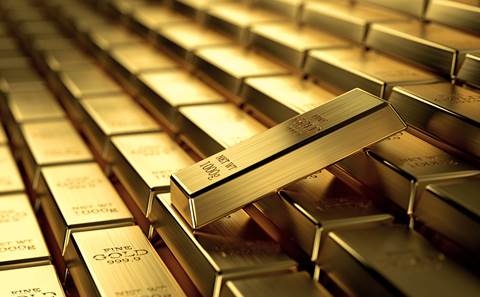 Markets have been griding higher on hope US lawmakers are inching towards a new stimulus package. Elsewhere expectations not just for a Biden victory on November the 3rd (Biden continues to hold a ~9ppt lead nationally but also increase his polling margin in some key states such as Michigan post last week's debate) but also the possibility of a democratic clean sweep continue to grow. The latter would be positive from a fiscal standpoint. Indeed, this was borne out in risk assets yesterday with the curve seeing bear steepening while commodities and cyclical sensitive areas of the market continued to get bought.

But do not let this stimulus seductress lull you to sleep. The market is still searching for a new narrative. Regardless of the election outcome, the new President will be focused on getting the US back to full employment, fast. In this modern era, the narrative is likely to shift to increased deficit spending, higher long-end rates, and higher inflation expectations. These macro factors support cyclical stocks, but it could be a bumpy ride as heightened volatility typically accompanies new market regimes.

the next tug of war

European equities are trading a bit lower, where cyclical was expected to perform early again, led by Energy & Banks. There was an evident rotation into value in Europe yesterday. Traders are banking on this to continue in the near term, with increased expectations of a Biden presidency seen as a net positive for cyclical-heavy Europe, from a fiscal and rotation perspective.

But of course, the longer the stimulus delays go on, the more frantic the market will get, especially with the stimulus buyers worried about a narrowing in the Trump polls after the President's release from the hospital.

When a market is prepared for chaos, expect a lack of market chaos. Extreme volatility is a product of surprises, not desired outcomes.

Ironically, now with the Blue Wave getting priced in, the potential for market chaos has risen exponentially

Quiet on the macro front today, although we do get several Fed speakers (including Powell) later this afternoon, we have the VP debate tomorrow evening after the European close.

A big rebound in crude prices prompted by President Trump's discharge from Walter Reed and bulls praying for stimulus dominated sentiment with little else, be it demand, OPEC+, Norway, hurricanes, Libya having much influence.

Prices are currently suffering from following the bouncing stimulus ball syndrome, which temporarily papers over the real tragedy unfolding in the oil patch, markets by a lengthy beat-down, and tenuous recovery from this nasty. epidemic

Passenger traffic in 4Q20 and 1Q21 is likely to be much lower than expected due to higher route restrictions, look for increasingly more downward revision forecasts for tourist mobility, and a long trough until there's a vaccine.

The bottom line for Oil is relatively straightforward. It's hard to see a scenario in the near-term where travel gets back to pre-pandemic levels, and even with a vaccine in the pipeline (several of them, actually), there are genuine concerns that we're not in Kansas anymore, to quote Judy Garland. That "normal" as we knew it before February, isn't coming back.

Trump has been discharged and is back in the White House. Risk sentiment has been improving in parallel with POTUS's health condition. Constructive environment for EURUSD to explore topside territory again and it did grind higher with relatively limited interest.

So the market has been piling into longs again, making it is sometimes hard to fight the move despite the virus cases in Europe still on the rise and some regions going back into full or partial lockdown. And with inflation diving, rate differentials on the move (bearish EURUSD), background angst about the recovery fund text all pointing lower, I can not say I am convinced the Euro will continue higher.

RBA: so much promised, so little delivered. There was no change in the RBA's monetary policy settings, with the Board preferring to hold off ahead of today's Budget announcement. The RBA's statement is modestly less dovish than expected. It offers some upside to AUDUSD that was already gaining momentum from the positive follow-through from growing expectations of US fiscal stimulus on commodity prices. Sill I think there is a possibility of a negative surprise post-policy meeting if the budget causes a market lash back, then the RBA goes RBNZ style and elects to buy bonds in the 5-10-year bucket.

Gold has recovered quickly amid risk-on sentiment, with US President Trump being discharged from hospital yesterday following his Covid diagnosis last week. News that the Venezuelan government has won its appeal to repatriate gold stored at the Bank of England might put a bit of short term pressure on the yellow metal, though. We've seen some fast money buying, but little involvement from real money accounts over the past week.