Home / Blog / Market Analysis / It’s not the news markets want to hear, but lockdowns are back

It’s not the news markets want to hear, but lockdowns are back 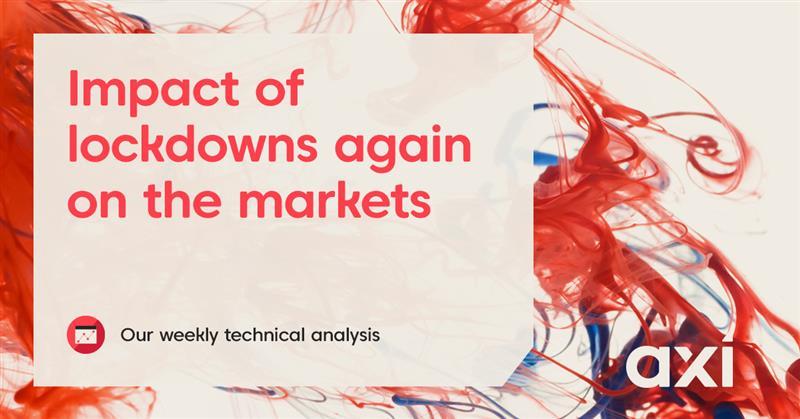 As Europe struggles with another wave of COVID-19, Austria signaled a possible wider response as they announced a nationwide lockdown, starting from this week, with mandatory vaccinations from next year.

While markets have largely shrugged off the pandemic for much of this year, investors are becoming increasingly concerned as renewed lockdowns could significantly slow down the economic recovery. Violent protests could also become more frequent as more countries try to impose mandatory vaccinations.

What does this mean for the markets?

The pressure on the Euro could intensify. The breakout below 1.15 signals a continuation of the correction towards 1.10, and we might reach this level before year-end if the pandemic worsens. 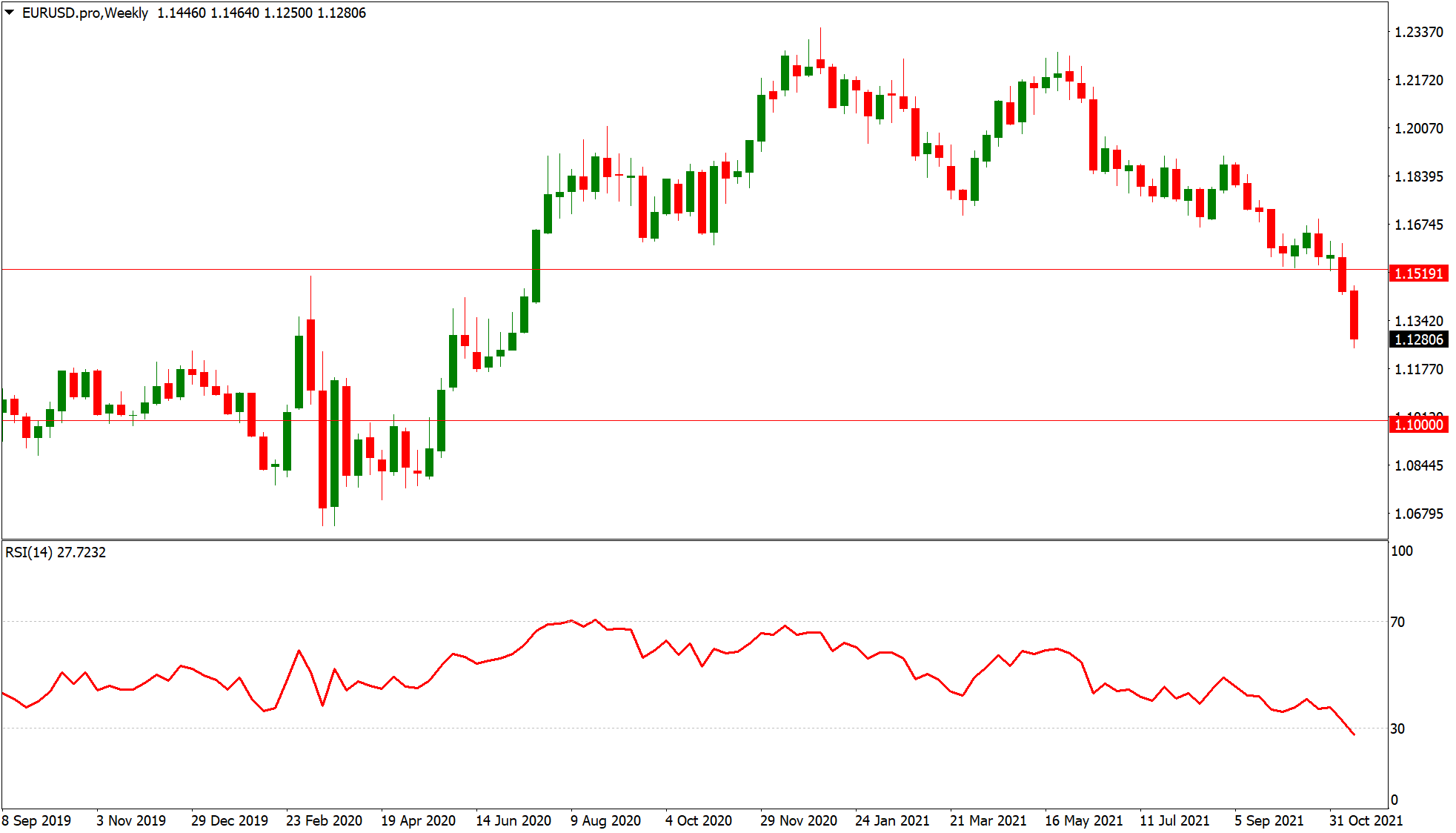 Likewise, we might see European equities struggling to keep up with their U.S. peers. The GER30 already lost momentum and a break below the psychological 16k support level could lead to more profit-taking ahead of the year-end. 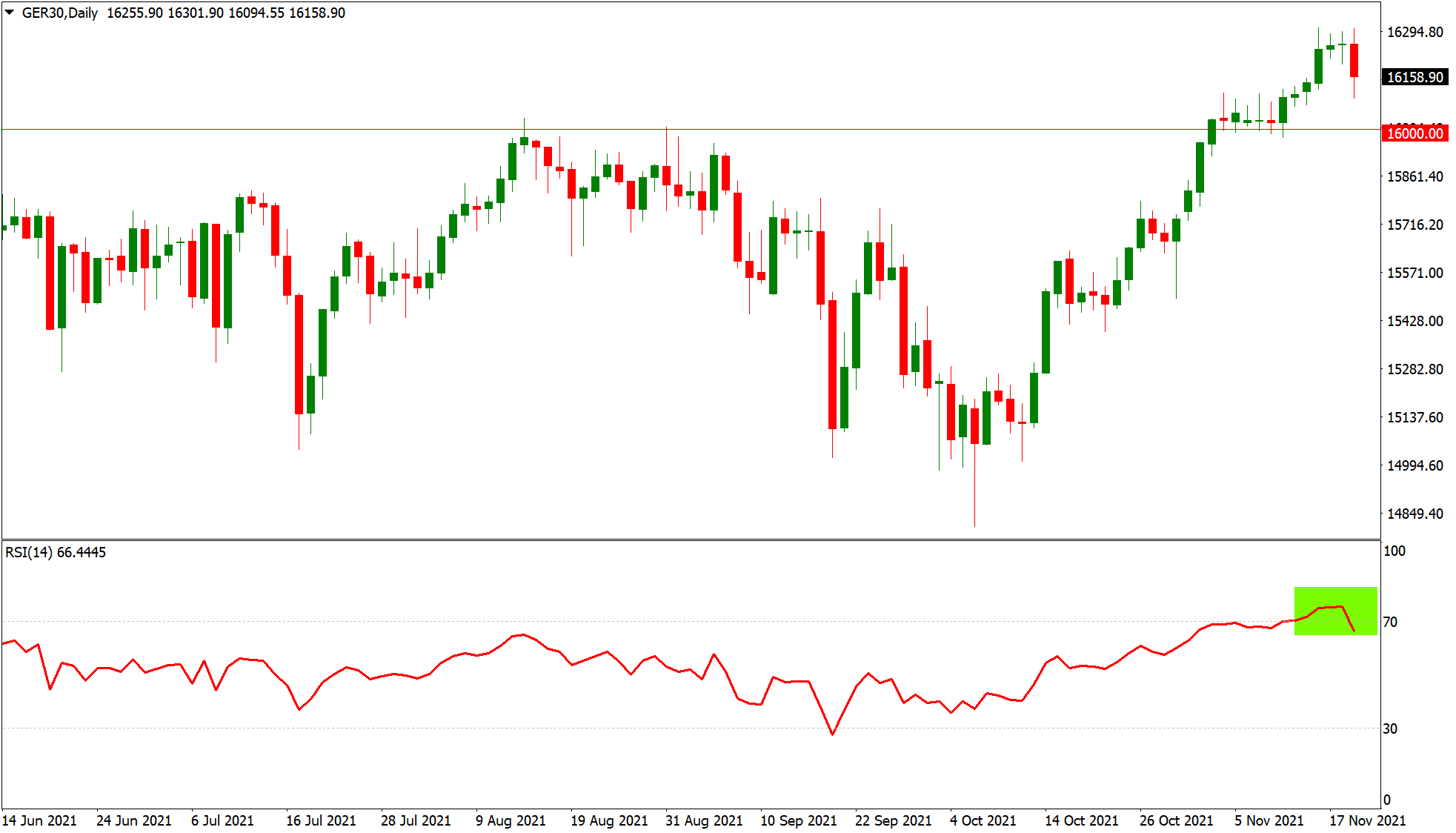 Crypto volatility on the rise

Cryptocurrencies have finally ended their phase of consolidation – although it wasn’t the scenario crypto bulls have hoped for, with a breakout to the downside instead of new record highs.

Increased scrutiny from regulators remains a major concern for investors, particularly in China where the crackdown is intensifying. While it’s clear that stricter regulation is inevitable for the crypto sector, market sentiment can change quickly in the cryptocurrency market, leading to wild price swings, which could occur more often in the near-term.

Bitcoin declining below $57,700 support is a bad sign for BTC bulls and could pave the way for a deeper correction to at least $53k. Traders are also keeping a close eye on the psychological support level at $50k and the rising trendline from the July low. The Daily RSI is not signaling oversold conditions yet, which means there could be more room to the downside. 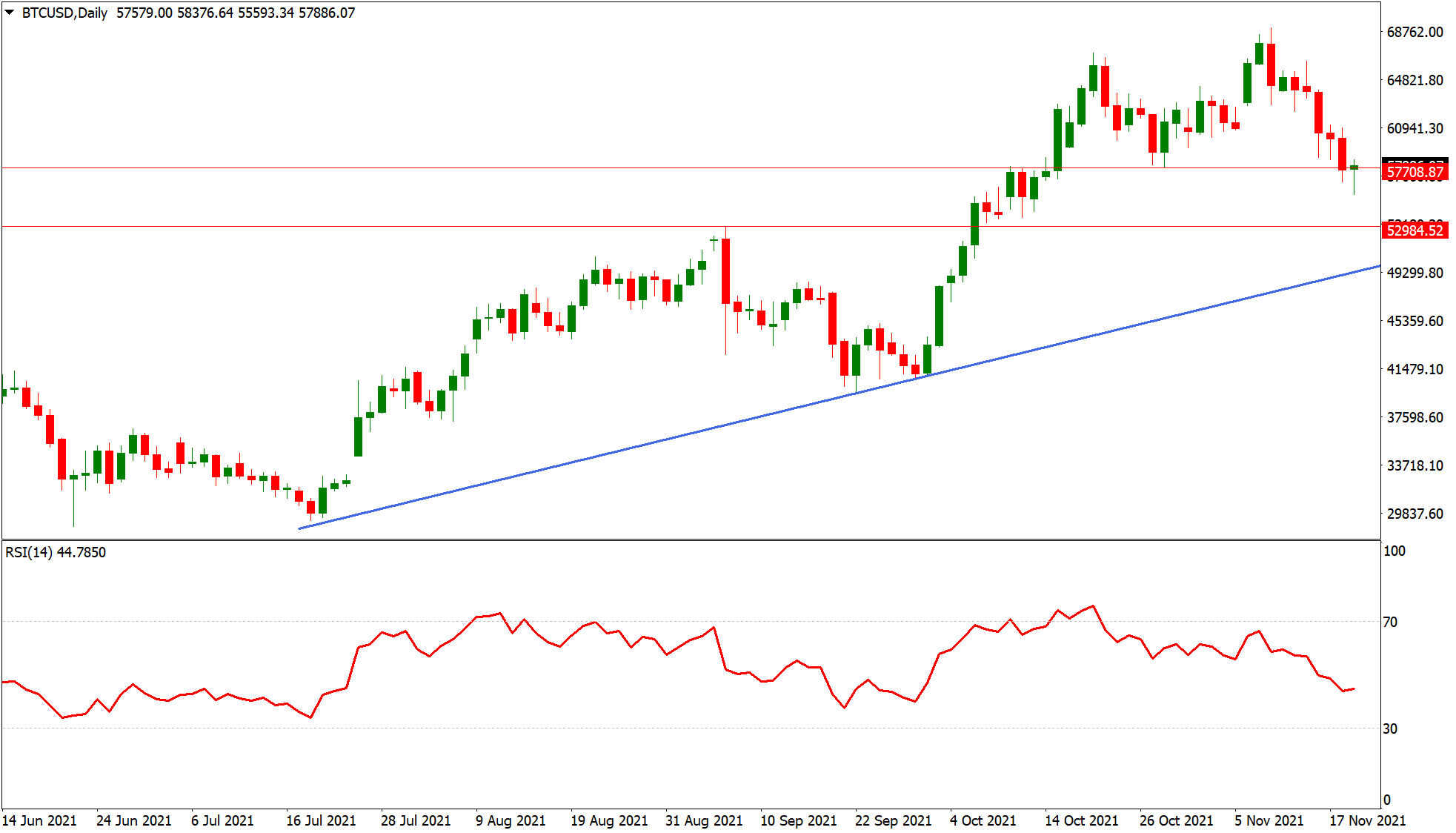 The Reserve Bank of New Zealand will meet on Wednesday and the market is pricing in a 25 bps rate hike. A 50 bps rate hike cannot be ruled out either, as inflation continues to run at high levels and economic data is indicating a stronger economic recovery than anticipated. While this would initially give the New Zealand Dollar a boost, traders will also pay close attention to the central bank´s forward guidance as markets are pricing in aggressive rate hikes for 2022. Should the RBNZ hike by 50 bps but sound less hawkish in its forward guidance, we might see the Kiwi Dollar pairing those gains fairly quickly.

What currency pair to watch?

With the Dollar rally not showing a sign of weakness for now, traders might find NZD/JPY more interesting in case of a hawkish surprise. The currency pair recently bounced off 79.50 support and the H4 chart is showing a positive RSI divergence. 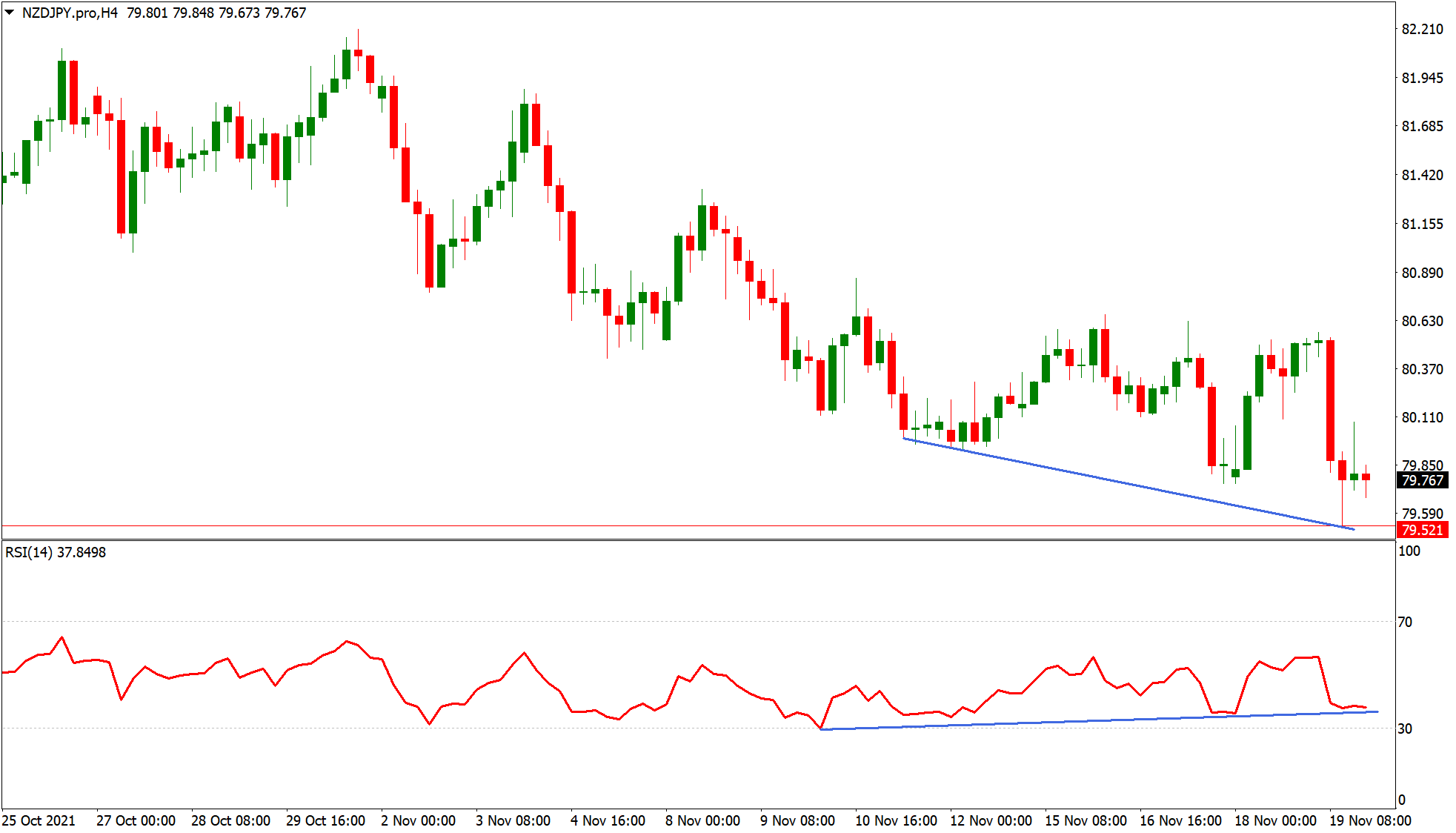 USOIL broke below the $75 level on Friday, having dropped more than $10 in less than one month. The outlook for the commodity has turned negative as Europe is facing tougher restrictions which could slow the economic recovery. At the same time, the United States and China are discussing the release of oil from their strategic reserves, which could further depress prices.

What happens around the $75 support level could determine the short-term direction of USOIL. A clear break below this level would pave the way for a correction towards $72.90. On the other hand, a strong bounce off this major support level may help Oil bulls regain some confidence. 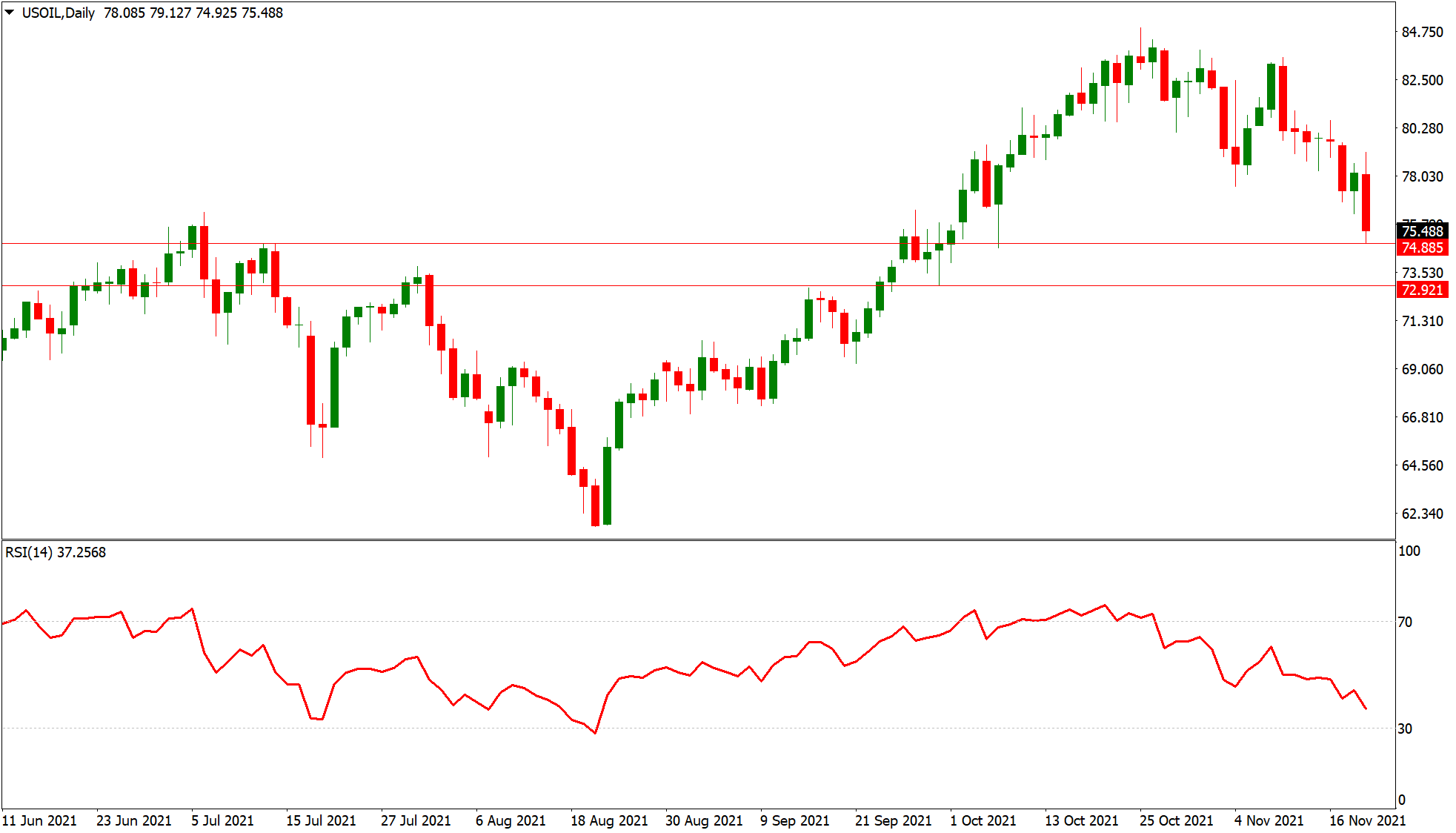 Trading the Turkish Lira is not for the faint-hearted

Last week´s price action in the TRY pairs was dramatic, even for a currency that is known for its high volatility. The central bank continued cutting rates, and investors see the institution under pressure from the government. The market is not confident in the actions by the CBRT and are anticipating that it will lead to even higher inflation and a currency crisis rather than helping the economy recover.

USD/TRY jumped above 11 on Friday, and despite the RSI signaling heavily overbought conditions, the rally might have some further room to run given the extraordinary circumstances. 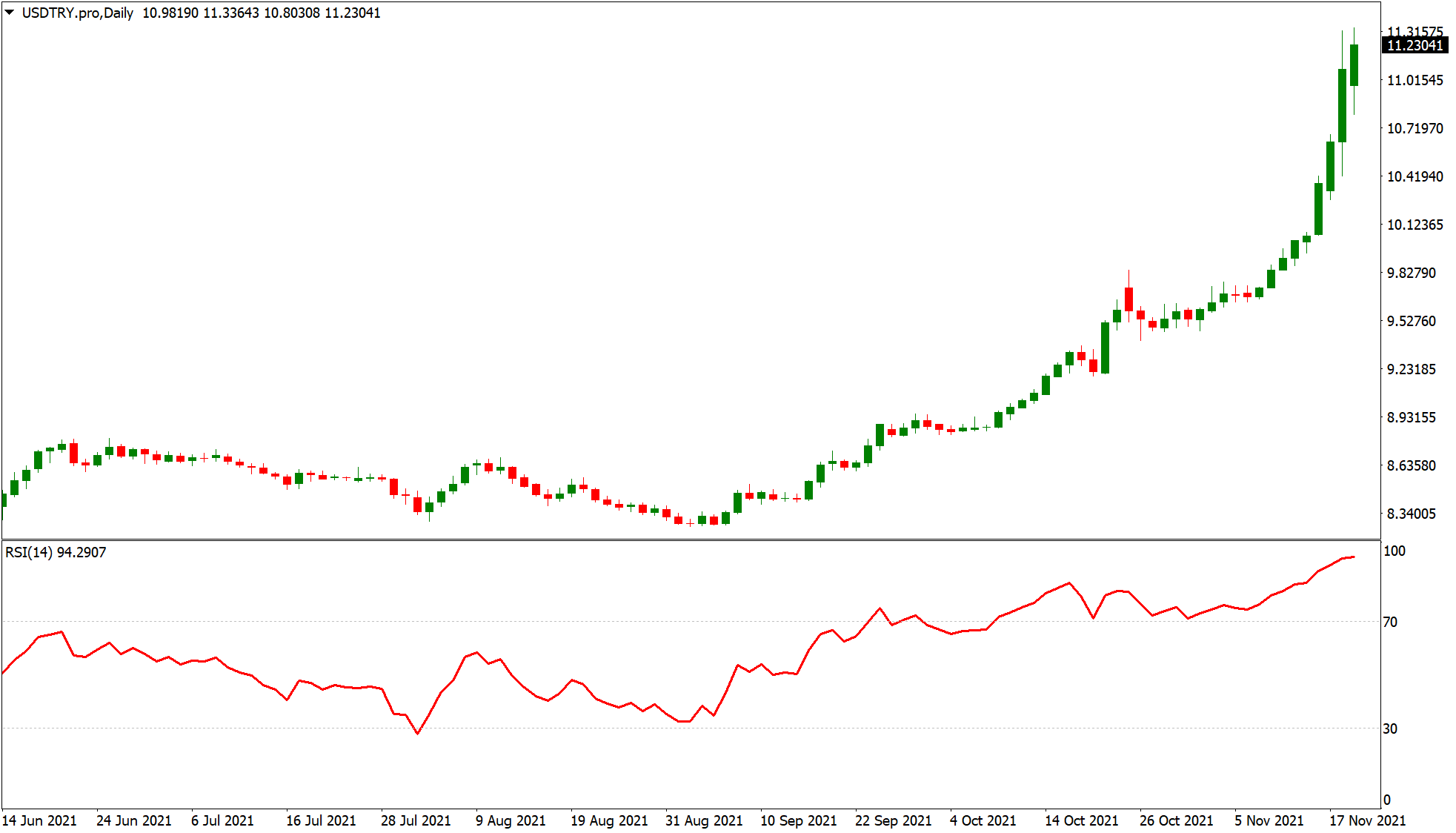 Omicron keeps the markets on its toes

Despite much uncertainty about the potential impact of a new coronavirus variant, investors were quick to rush to safe havens

A peek into cryptos and tech stocks

The stage appears set for consolidation in the FX market, with traders shifting focus to record-breaking stocks and cryptos