Home / Blog / Market Analysis / How will vaccines affect the markets?

How will vaccines affect the markets? 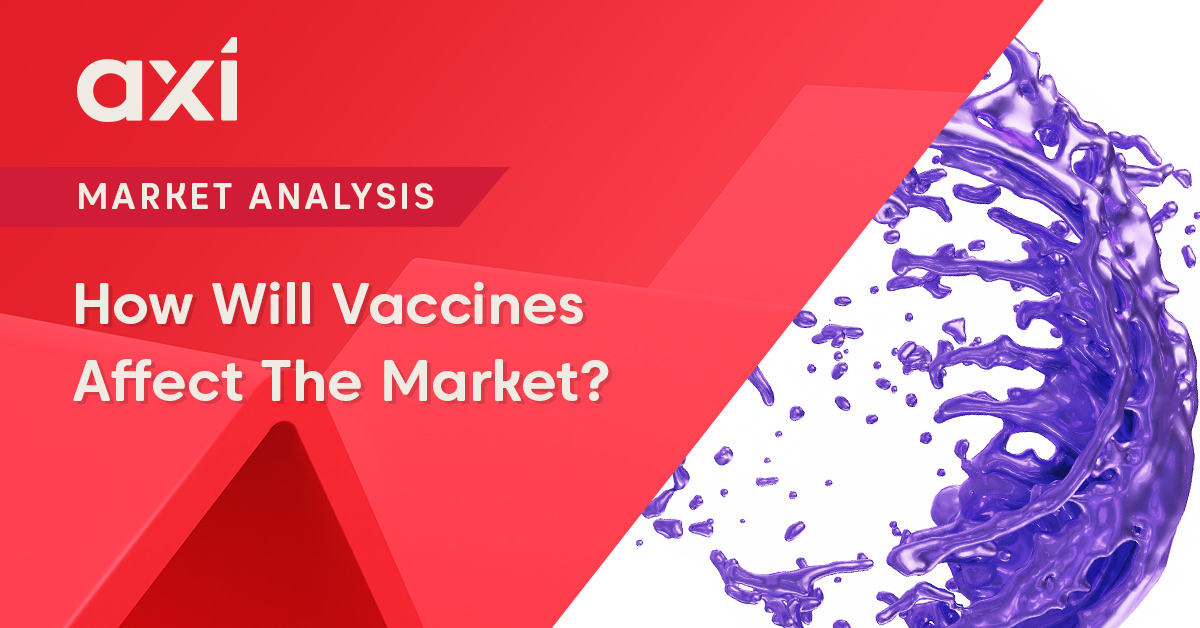 Investors are starting to see a light at the end of the tunnel, but the pandemic is far from over. The global vaccination campaign will take time and while some countries have secured plentiful of vaccines, others are facing potentially long delays. A failure to deliver doses fairly could end up costing the global economy a lot, and that risk should not be underestimated.

Currently, a few countries are leading the vaccination race – with Israel, the UAE and the United Kingdom at the top (measured by dose administered per 100 people). Many of the world´s poorest countries have yet to start receiving doses, while some rich countries have opted for a slow rollout, such as Japan and South Korea. It may therefore take longer for borders to re-open, and many countries may keep strict immigration rules in place for a prolonged period.

What It Means For Markets

The key question is - what is already priced in? Looking solely on the charts, it would be quite difficult to believe that the world is in the midst of a pandemic and that many major economies are still suffering from long lockdowns. However, a flood of cheap money by central banks and expectations that the worst might behind us, is keeping the upbeat market mood intact. Solid economic figures out of Asia – especially China – are giving investors hope that the global economic could bounce back faster than expected.

Nevertheless, global growth scenarios will heavily depend on the course of the pandemic. Markets are expecting that a successful vaccination program will pave the path back to normality, and prevent another winter with lockdowns. Fiscal stimulus measures and rock-bottom interest rates will still be needed to fuel the recovery, but should the pandemic become manageable, consumer and business confidence will rise. A back and forth - opening the economy just to close it again after a few weeks - creates a very difficult situation for businesses, and governments will try their best to avoid this from occurring again.

Stock markets have extended their record rally, and while lofty valuations and the charts signaling overbought conditions have some investors worried, there are no major signs of weakness. Prospects of another massive stimulus bill in the United States are keeping the market mood upbeat. Meanwhile, a dovish ECB and slightly weaker Euro have given European equities a boost, but they continue lagging behind US stocks. Should Europe´s slow pace of vaccinations persist, the performance gap could widen.

Something similar can be observed in the currency markets. The Euro has found itself increasingly under pressure, and it is primarily the broad Dollar weakness that pushed EUR/USD back above 1.20. The common currency is likely to extend losses against other major currencies however, and Euro bears are increasingly looking at EUR/GBP. While the UK has made significant process with its vaccination campaign that could pave the way for an early end of the current lockdown, the EU is still struggling with delays. EUR/GBP is currently approaching another important level of support and a clear break below could pave the way for a correction towards 0.83.

Oil's rebound from the March low is remarkable. While the commodity has been rising due to OPEC actions and recent disruptions in the United States, for some speculators it is also a bet on a faster global economic recovery.

Charts Of The Day: US Dollar regains ground

Charts Of The Day: Global equity markets remain under pressure