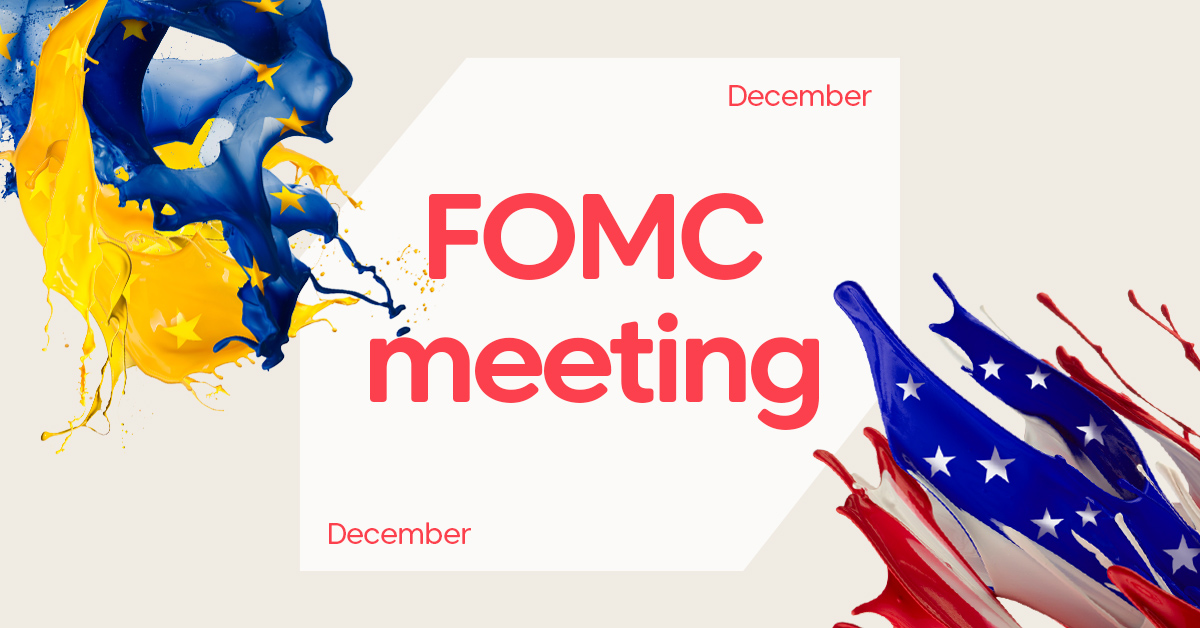 With CPI marching towards the 7% level and the U.S. economy on track for a strong rebound, the pressure on the Federal Reserve to act is increasing. In November, the central bank already announced that it will start to gradually unwind its bond buying program. At the current pace, the program would end in Q2 of next year. However, the Federal Reserve has not ruled out an acceleration of the tapering process, and this is precisely what could happen at today´s FOMC meeting: Fed Chair Powell announcing a doubling of the pace at which bond purchases are reduced.

This paves the way for a rate hike in the first half of 2022, with two more hikes possibly following in the second half. While the Omicron variant remains a concern, there are no signs yet that it will significantly slow the economic recovery in the United States. The central bank will almost inevitably acknowledge the new variant and the risk it poses to the economy, but it’s unlikely to significantly change the Fed´s plans.

Fed Chair Powell surprised markets earlier this month with his hawkish remarks. His decision to "retire" the word transitory to describe the recent spike in inflation was a signal that the Fed´s focus has shifted from the unemployment rate (which has fallen to a healthy 4.2 % recently) to keeping inflation under control.

With the U.S. economy performing strongly, full employment in reach and persistently high inflation, the Fed is likely to stick to its hawkish rhetoric despite the uncertainty surrounding the Omicron variant.

How will markets react to the FOMC meeting?

An accelerated tapering is already priced in. However, the Fed´s decision to proceed with its policy normalization despite the on-going risks surrounding the pandemic should give the U.S. Dollar an additional boost.

While the faster unwinding of the QE program will hardly surprise anyone, the focus will be on the Fed´s dot plot and how aggressively the central bank could potentially hike rates next year. With the Fed having dropped the term "transitory", the latest projections are likely to be revised to the upside, which also paves the way for a sooner-than-expected rate hike.

EUR/USD is a currency pair traders will keep a close eye on. The interest rate differential between the U.S. and the Eurozone is growing. While the Fed is not far away from its next rate hike, the ECB is yet to decide on how to unwind its massive QE program. The Daily RSI suggests that EUR/USD is still far from oversold and there’s more room to the downside. The next bear target is 1.1185, after which the currency pair could soon test the psychologically important 1.10.

At the same time, equity markets could come under renewed pressure, with the technology sector potentially being the one hardest hit. The USTECH index only recently recovered from the Omicron scare, but the rally could quickly be standing on shaky legs if the Federal Reserve affirms its hawkish stance. Support at 15,545 is the key level to watch in the near-term as a break below it could pave the way for a deeper correction.