Charts Of The Day: Tech stocks under pressure

Technology stocks came under pressure today, and the USTECH index tanked. The fact that even strong earnings from the tech giants didn´t help to push the markets higher shows that a lot of the good news was already priced in and that investors are becoming increasingly concerned about high valuations. Inflation fears are keeping market participants worried too – the Fed could be forced to abruptly hike rates if the US economy runs too hot.

The USTECH index broke below the key 13,714 support line. It managed to bounce off the 38.2% Fibonacci of the March-April rally, but the short-term outlook has turned negative and sellers are likely to return just ahead of the former support level at 13,714 points. To the downside, the next major support zone lies between 13,305 and 13,362 points. A break below this level could spell trouble for USTECH, with 13,300 then representing the next bear target.

Following a prolonged period of consolidation, the GER30 is showing a bearish breakout and the charts are hinting at further losses ahead. The index might see a bit of a pullback first, but the topside is likely to be capped ahead of the 15,086 level where selling interest could intensify. To the downside, imminent support is noted at 14,811 points. A clear break below this level is likely to accelerate downside momentum and push the index towards 14,426 support.

While stocks are under pressure, Oil prices continue to march higher. USOIL is testing a key resistance level at $65.70 – the 78.6% Fibonacci level of the March decline. A daily close above this level would be another victory for Oil bulls and a retest of the March high at $68 would appear likely in that case. To the downside, traders looking to buy the dip are likely to take note of the support zone between $65.35 and $65.65. 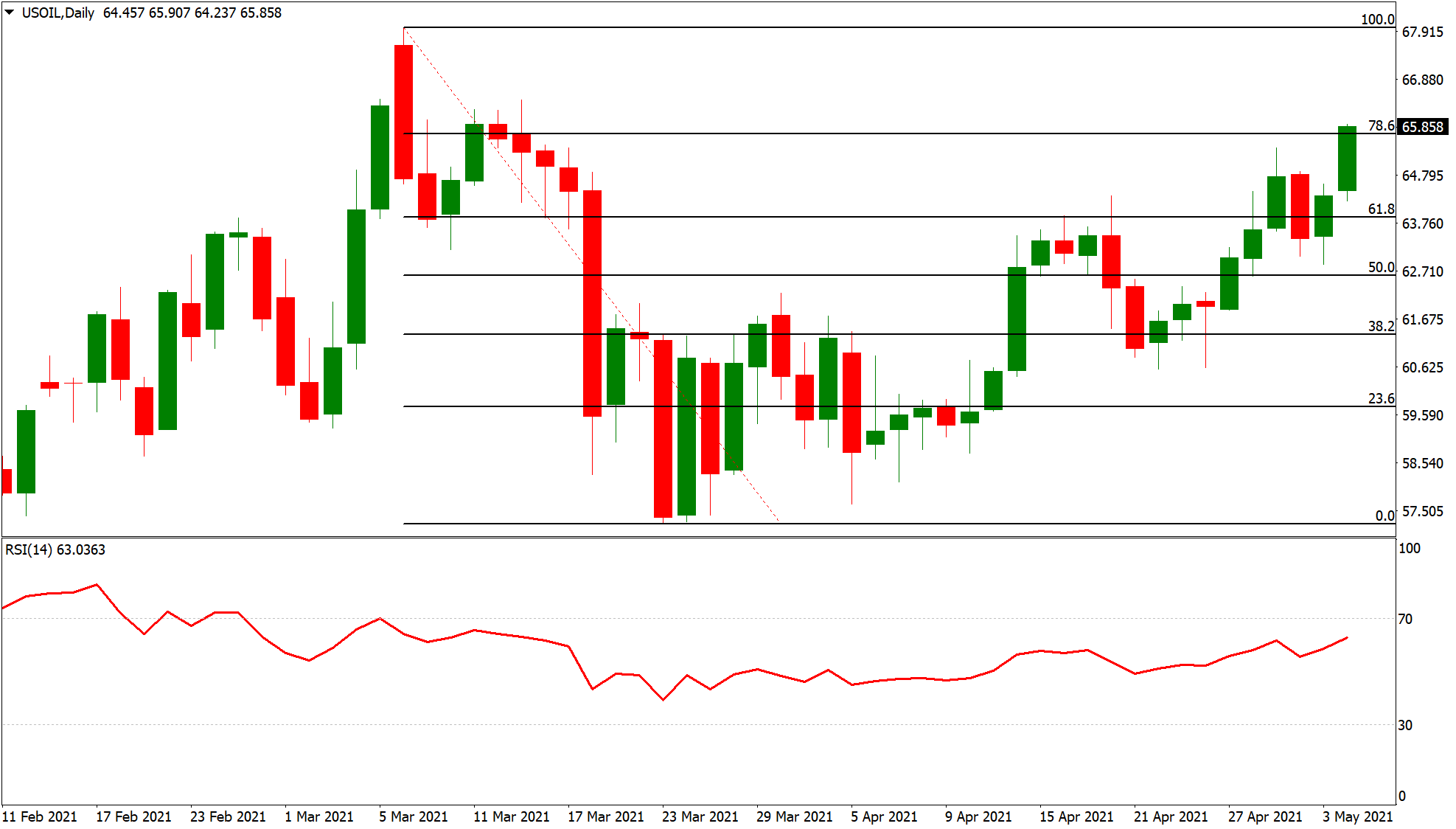 With Oil prices on the rise again, currency traders are keeping a close eye on the Canadian Dollar. CAD/JPY took a breather following a week-long winning streak, but the uptrend is set to resume, supported by rising commodity prices. The next bull target is 89.18, and a break above this level could then pave the way for a test of the 2017 high at 91.60. However, the current risk aversion could pose a risk for the currency pair, as this is keeping the Japanese Yen bid for now. To the downside, support is seen at 88.05/30, followed by 87.60.

Charts Of The Day: Equities under pressure as inflation fears intensify