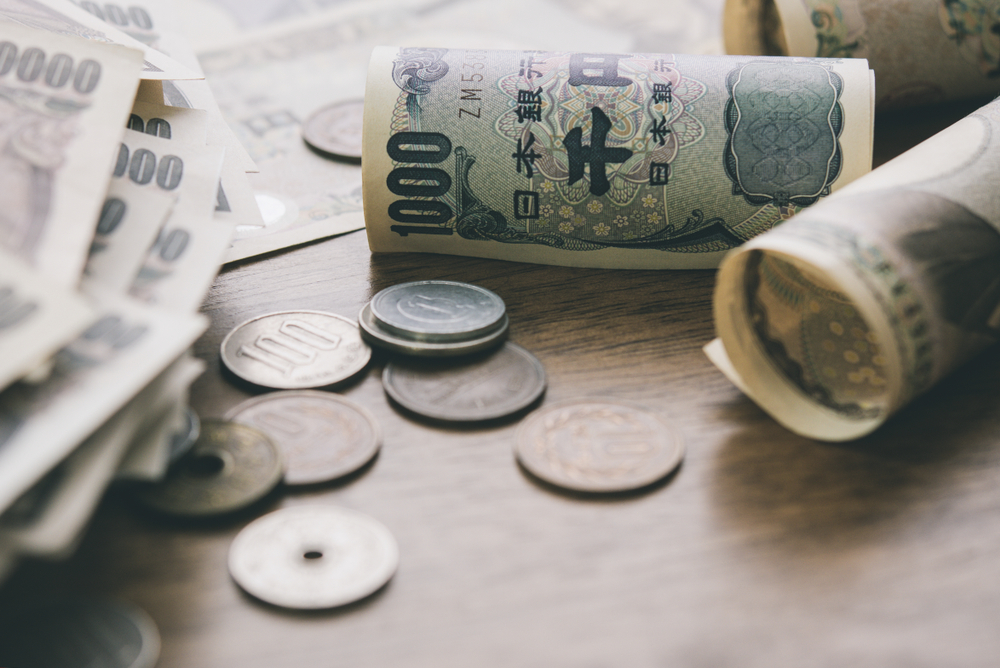 The S&P 500 tracked higher throughout the N.Y. session while U.S. 10Y yields were flat at 1.56%, oil up 2.5% and gold flat. All that came after China's Ministry of Industry and Information Technology aided factories and technology companies, and as new case numbers of the coronavirus continue to decline. However, JPY has come under intense selling pressure, falling more than 1% against the USD over the past 24 hours. A Bloomberg report notes that the number of coronavirus infections in Japan has more than doubled in the past week, but it could be much more than a case of the flu behind the outflows from  Tokyo.

The fact that the Yen is my main view today is not necessarily a good thing!!

The USDJPY move overnight is hard to explain but impossible to ignore; however, with U.S. Treasuries trading heavy along the curve and gold ripping higher, something is amiss. Yen declines are typically associated with risk-on environments, so when the Yen started cratering this morning it suggested the GPIF or some massive fund was selling Yen to buy U.S. assets. But the critical thing to understand is the Yen weakness is not so much "Risk on" as it is Japanese asset managers heading for the Tokyo market exit in droves.

Indeed, mounting concerns that Japan's economy is on the precipice of a financial collapse, or at minimum slip into a recession, is causing the Yen to go in the tank. In this regard, the "cleanest dirty shirt" argument for owning U.S. assets isn't particularly salient this morning as U.S. assets are getting driven higher by "too much money chasing too few (quality) assets” overnight.

I'm incredibly concerned that the Yen is declining, not because Japanese portfolio managers have decided the U.S. offers such an attractive place to park cash, but because they’re selling Yen due to poor economic prospects in Japan.

If the U.S. economy, which has been doing the heavy lifting for global growth the past few years, starts to sniffle from the Covid-19 virus, the global capital market could be in a world of hurt.

Today's Yen decline is different, as I suspect a lot of those USDJPY flows are finding their way into gold and cryptocurrencies.

But with the USD inflow unyielding, it’s unclear what could stem this tide other than the U.S. administration talking down the dollar before the strong dollar sows the seeds of a U.S. stock market demise.

Things are coming back to life in China, with over 50 % of reported industrial enterprises resuming operation. However, many are still well below capacity due to personnel shortages, supply chain disruptions and low downstream demand.

But with the daily contagion rate outside of Hubei slowing more sharply in recent days, this will provide a significant sentiment boost to a multitude of cross assets.

The Covid19 contagion rate, which has been at the centre of oil market worries, has mercifully been slowing more sharply outside of Hubei which is providing a significant sentiment boost to the markets.

The unexpected supply shocks have come as a welcome relief to the oil industry against the backdrop of the coronavirus outbreak, which has devastated energy demand.

And on a slightly positive note, Pavel Sorokin, Russian deputy energy minister, told Reuters the ministry still expected the meeting to take place on March 6, as announced by OPEC in December. So, now that Russia will be at the table, let's see if Saudi Arabia has sufficiently sweetened the pot to encourage Russia to join in with deeper supply cuts.

With Hubei + Henan GDP at ~ $1.3trilllion – a little larger than Mexico, and a little smaller than the state of New York – the Covid 19 disruption remains a particularly worrisome event and the fat tails need to be hedged, as does the scary exodus of capital from the Tokyo market.

Beyond the virus epidemic, the Fed's policy review will be the next waypoint for gold. Not only will lower interest rates be a reaction function of global growth concerns, which should continue to support gold through 2020, but at a minimum the Fed’s willingness to accept inflation overshoots suggests interest rates will be low for years to come.

But when you find your sell trying to put a square peg in a round hole while trying to decide if the market is "risk-on or risk-off"– and when USDJPY shoots to the moon while gold is reaching for the stars – there's a regime change afoot. With few quality assets left to hedge into, gold needs to be at the top of the list.

It could be a gnarly day for the Ringgit amid mounting economic concern from China, and now with Japan about to hit the skids the question is: Who's next? Slower growth in China will have a broad-based impact on ASEAN economies as supply chain disruptions affect exports while commodity dislocations weigh on inflation. And now with Japanese teetering on the cliff edge of recession, it suggests demand for safe havens, rather than riskier ASEAN assets, will likely be the name of the game over the short term, at least.