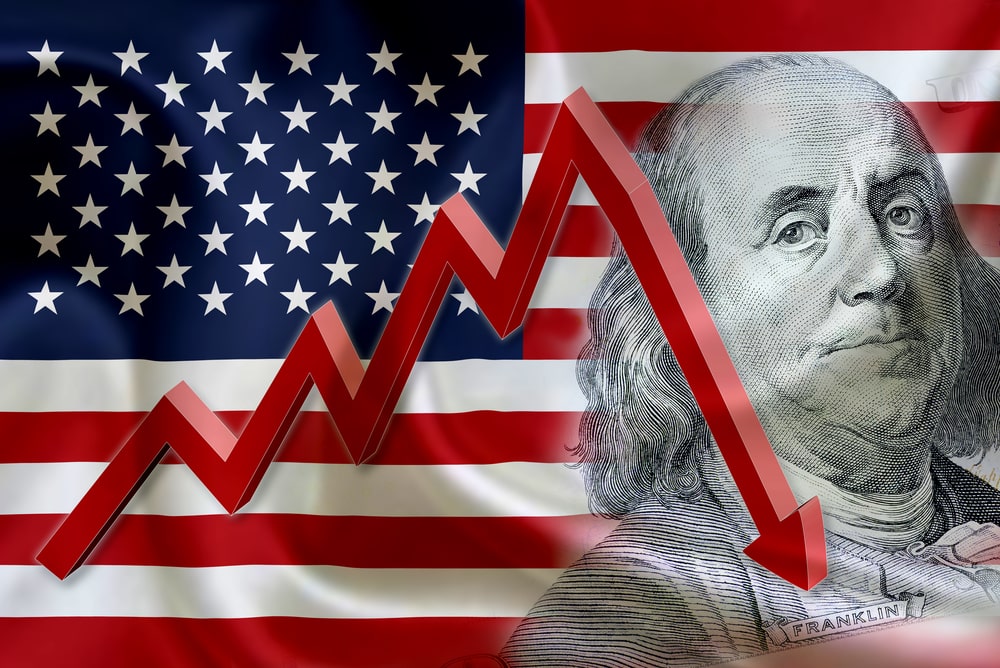 Risk-off Thursday: Fade Trade or call it a week

It was a risk-off Thursday, with the S&P500 down 0.5% heading into the close and Europe's Stoxx600 closing 0.9% lower. US 10y yields slipped 5bps to 1.52% – levels not seen since early February. While the market has been prepared to look through rising coronavirus infection rates as a brief affair, news direct from US corporates about supply-chain disruptions impacting revenue has weighed. After the Apple downgrade on Wednesday, Procter and Gamble warned Thursday about lower Q1 sales and earnings, citing supply chains and reduced store traffic in China.

Still, Chinese officials indicated that new case numbers of the coronavirus dropped sharply Wednesday to 394 from 1749 a day before. Consistent with that theme, there was a better tone in Asia with the Shanghai composite up 2.3% and modest gains for the Nikkei. Oil also rose by 1.6%.

US stocks fell on concerns the coronavirus will exert a heavy toll on earnings, with tech leading the declines.

Although some market participants were quick to dismiss the Apple warnings, clearly it’s dented the market bravado as investors aren't nearly so eager to buy the dip, suggesting that a level of discontent, especially around earning, is starting to set in.

And now with investor's inboxes stuffed to the brim with research reports suggesting "Covid -19 could significantly affect short term earnings: Reiterate Sell", the market could go in a de-risking mode. And if the Teflon heavyweight tech giants of the US market start to wobble in a domino effect, things could turn ugly quickly.

It took Apple to do what the coronavirus couldn't: make stocks feel a little queasy. While the market seemed to absorb the initial Apple shock in its typically pleasant manner, it's the aftershocks when corporate America starts waving the warning flags in unison that could prove to be the biggest gut check.

Traders are very much creatures of habit and if the past few Fridays are any indication for today, we should expect risk to trade better offered and with South Korea emerging as the new cluster hotbed, with confirmed cases of COVID-19 more than tripling in two days and the outbreak spreading to areas beyond Seoul, it could be cause for concern – especially among locals – and thus the negative impact on the Korean economy is set to continue.

While the virus headcount stories don't carry the same headline gravitas, it's still a focal point while the economic data fears continue to simmer on the backburner. It will soon be the fear of the data unknowns that will keep investors awake at night. And while wobbly data hasn't stopped the market from frustrating the bears this year, something tells me it could be a lot different this time around.

For the proper record, the dollar rose against every G-10 peer save the Swiss franc, with the Aussie and Kiwi faring the poorest. Gold hit a seven-year high, oil jumped and Asian equity futures are pointing lower.

Oil is trading on improved footing as the demand outlook betters as mainland official reports suggest that new case numbers of the coronavirus continue to fall sharply. But, bolstering the recent price recovery, inventory figures showed the US crude stockpiles rose less than expected last week, tempering some of the more exaggerated fears about the impact of the coronavirus.

In early Asia trade, however, prices are well of the NY session highs. And, as has been the case on prior Fridays since coronavirus worries hit, oil prices tend to trade more tightly correlated to risk sentiment as cross-asset investors divest equity positions. They then move into gold and bonds to hedge the weekend risk.

Still, new virus hotbeds are emerging in South Korea and Japan (both colossal oil importers in their own right). So, this could keep Asia oil risk a bit more defensive than in US markets as anxiety is creeping back into play amid the spike in coronavirus infections outside of China.

Views on the spread and potential economic disruption of COVID-19 have spread quickly, and gold has been in massive demand as a result. Anxiety is also creeping back into play amid the spike in coronavirus infections outside of China. And since it might be premature to fully account for the medical, let alone the economic, impact of the epidemic, gold could continue to outshine all others.

While COVID-19 has been a critical reason to buy gold, there is more to the gold run than meets the eye, as news of any upcoming FOMC reformulation of the inflation target methodology may have a more significant bullish impact.

The Yen and the GPIF

That was four standard deviations 2-day move in USDJPY. Those are rare, obviously, and there are only five unique occurrences of a 2-day, 4SD move higher. The current movement, while epic, is more complicated to explain but impossible to ignore. The tricky thing this time is that it's not like the BOJ easing moves (2013 and 2014) or the Abe announcement of Abenomics in 2012. Yesterday, the proximate trigger wasn't clear as my memory banks failed the pique portfolio rebalancing story that has suddenly caught the market's imagination for reasons nobody fully understood yesterday; it makes a bit more sense today after going over the data.

Capital outflows saw the Yen dislocate from risk appetite. Data overnight show Japanese funds bought JPY3trn in overseas debt in the last two weeks. This is the most significant jump since September 18 and shattered vital resistance levels as the market wasn't ready for the furious buying frenzy, with some large traders hedged long Yen as a haven and got stopped into trades.


GPIF is set to conclude its five-year asset mix review in February or March (I don't have the exact date or even if it’s concluded), where they’re expected to announce a higher benchmark allocation for foreign bonds. If other pension funds follow suit, and it is typical for Japanese funds to pursue the GPIF lead, that could add up to more than USD 100 billion of outflows with a good chunk earmarked for the US Treasury.

So, the USDJPY move could be nothing more sinister than the market getting caught off guard while Tokyo banks went on a USDJPY buying frenzy, hedging GPIF foreign allocation flows. Still, with Japan's economy in the tank, the direction of travel makes sense.

It was a gnarly day for the Ringgit right out of the gates yesterday amid mounting economic concern from China and now with Japan about to hit the skids; the question is who's next? Slower growth in China will have a broad-based impact on ASEAN economies as supply chain disruptions affect exports while commodity dislocations weigh on inflation. And now with Japan teetering on the cliff edge of recession, it suggests demand for safe-havens rather than riskier ASEAN assets will likely be the name of the game over the short term, at least.

RMB had not been a significant underperformer until yesterday, as it seems like a reality check of sorts is hitting. Yuan markets had been blissfully ignoring a lot of economic negativity, thanks to the PBoC smokescreens. Now, to assume the near-term Yuan slide is by and large over could be wishful thinking as we still have the lingering aftershocks to consider.

With the RMB trading, lower local traders were more apt to sell MYR rather than buy due to the RMB correlation factor.

And the PBoC didn't do enough on the policy front yesterday either.

THB, CNY and KRW are most heavily positioned in bond and equity markets by historical standards (foreign ownership shares converted to % ranks). Taking the sensitivity of currencies to flows into account, that would indicate the THB and KRW are most at risk from potential equity/debt outflows.