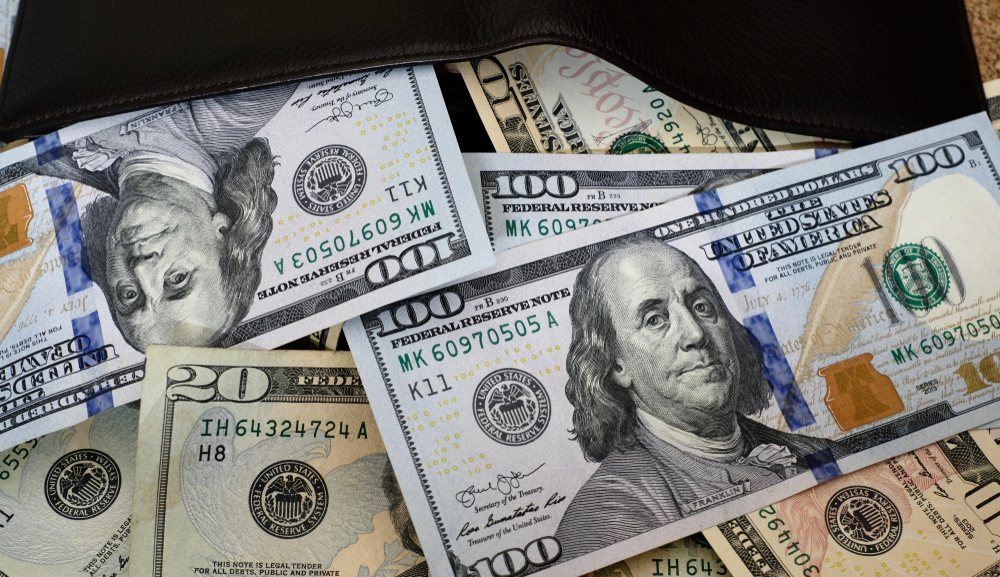 "Earnings don't move the overall market; it's the Federal Reserve Board… focus on the central banks and focus on the movement of liquidity; most people in the market are looking for earnings and conventional measures. It's liquidity that moves markets." – Stanley Druckenmiller (some would say the greatest Money Manager alive)

After returning from holiday, US markets were weaker Tuesday; the S&P500 was down 0.2% heading into the close, and US 10Y yields fell 3bps to 1.55%. 2s5s has inverted since last Thursday and slipped further into negative territory overnight, while the 2s10s curve is at its flattest all year. The risk-off sentiment was widespread, but not deep; European and Asian equities fell, oil slipped and gold lifted 0.9% – all attributed to the fact that sentiment was dented by Apple, indicating it will likely not meet revenue projections for Q1 because of supply-chain disruptions due to the coronavirus.

However, the Apple disclosure wasn't perceived as a massive surprise, given large parts of China are in lockdown. Still, price action will be critical given the market has shaken off virus concerns so far, especially in the tech sector. And on that note, the warning failed to move the "growth trade" in aggregate lower on Tuesday.

Nonetheless the news provided the equity market with its first real sentiment test and it took Apple to do what the coronavirus couldn't: make stock markets feel very queasy.

But any market wobble this year, whether from data-driven concerns or geopolitical events, has all been a "buy the dip" opportunity for investors primarily because worst case scenarios were a long way from being realized. However, the Apple news is getting looked at differently because they’re the first high profile company to come out and warn about the impact of the coronavirus. And, for some, it could signal that fundamentals are starting to reassert themselves, the absence of which has left many an investor, especially those short stocks, scratching their head.

There’s been much debate about the foundation of the equity market rally with virtually everyone blaming central bank policy for the continued risk-on moves as the hunt for yield and the overall demand for riskier assets outweighed the fundamentals.

But it’s all about liquidity and momentum these days. While equity desks are not precisely hoovering up the dip, the NASDAQ, which everyone should be paying attention to given its tech focus, has recouped earlier losses while the S&P 500 is only marginally down into the close.

But these markets are increasingly tricky and, while I won't go as far as saying the days of the easy trades are over, the reversion button is gone. But the Apple guidance has done something that trade war, an actual war and the coronavirus has failed to do: make traders think twice before smashing the big risk-reward reversion bets.

It was a noisy oil market overnight as investors were taking en masse the potential demand impact of Covid-19 more seriously.

But, offsetting the Covid 19 rethink button, the Trump administration has imposed sanctions on the trading arm of Rosneft. Their Swiss trading arm has been Venezuela's primary conduit for brokering cargos, which find their way predominantly to refineries in India and China. So, throttling this Asian supply channel will provide some support for oil prices.

But ultimately it's not Apple earnings reports, rather the PBoC stimulus efforts that will drive the manufacturing rebound in China and fortify the supply chain dynamics which should underpin oil markets.

The first wave of China stimulus has been mostly monetary so far, and instead of sending commodities flying it mainly propped up financial assets, which was its primary purpose. Now it’s time to grease the wheels of the mainland industry – and don't think the PBoC is going to sit idle and watch the GDP guesstimates trickle lower. It might be time to get on board or risk getting left at the gas station.

Still, WTI below $51 is a dichotomy trade; the worse things get, the higher the prospect of an OPEC+ call to action.

A quality asset or hedge against the economic impact of the outbreak? A bit of both I would think.

Yesterday marked the 19th day in a row of gold ETF inflows. It appears that investors are continuing to seek gold as a quality asset or hedge against the economic impact of the outbreak. There’s a significant appetite for this segment of the market to continue adding gold as a strategic part of the portfolio.

USD strength has probably restrained, but did not significantly impact, gold gains. Instead, bullion is finding the bulk of its support from lower equity markets while a modest dip in yields is also buttressing demand.

If it's just an equity correlation, gold will come off hard if the stock market does its usual buy the dip mode.

Apart from COVID-19 economic effects, Eurozone data remains weak. Still, the fear that the CDU crisis in Germany could spread across the EU has been underpinning gold support across Europe as political risk uncertainty comes back to the fore.

Also, COVID-19 will have a multi-faceted impact on growth in ASEAN this year, most immediately in the tourism and retail sectors. Policymakers are likely to respond to the virus with a mix of fiscal and monetary policy. Yesterday, South Korea, Thailand and the Philippines central banks started signing from the same dovish song page, commenting that they’re considering cutting interest rates, which is moderately bullish for gold prices.

And nudging gold along is the December 2020 Fed Funds implying year-end Fed rates at 1.22% against 1.40% just 7 weeks ago – in other words, the market has gone to pricing 30bp from just 20bp worth of a Fed cut this year as US rate cut fever is starting to build on the back of COVID-19 concerns.

EURUSD bounces are still very shallow and there doesn't seem much reason to buy it other than to defend against a possible short squeeze. German ZEW was worse than expected, while US Empire Manufacturing was stronger, so the story continues to work in favor of EURUSD bears.

In a classic case of getting too far over ones skis, Asia FX traders had no choice to hit the reset button yesterday as USD dollar haven demand exploded higher versus the ASEAN basket. But it was probably more panic than logic as new COVID-19 cases in China continue to fall, pointing to signs of a peak in the outbreak. At the same time, Beijing's emphasis on reaching key economic goals this year means more aggressive easing may be in store.

USDCNY ended up through 7 yesterday into the equity market close in China. There was a considerable outflow in equities yesterday after the market had filled the post-Chinese New Year gap.

But today is a new day and, as my mentor used to remind me decades ago, "it's not where it's been, son, its where it's going.”

Risk markets appear to have stabilized, although the novel coronavirus outbreak will be a drag on growth in the near term and economic uncertainty remains high despite a probable call to action from BNM. It’s hard to say how the COVID-19 global health emergency will ultimately unfold – the situation remains fluid, which continues to complicate matters as it’s this specific level of uncertainty that has investors shying away for Malaysian assets and weighing on the ringgit.

Markets could remain in a risk-on risk-off mode for some time, but of immediate concerns Korea's 20-day exports on February 21 is the first data point barometer of how the month is panning out. It will be an essential test of investors' resolve. Still, with a good chunk of the post-coronavirus manufacturing rebound trades flushed, the ASEAN basket sell-off on a weaker than expected print might not be so fierce.