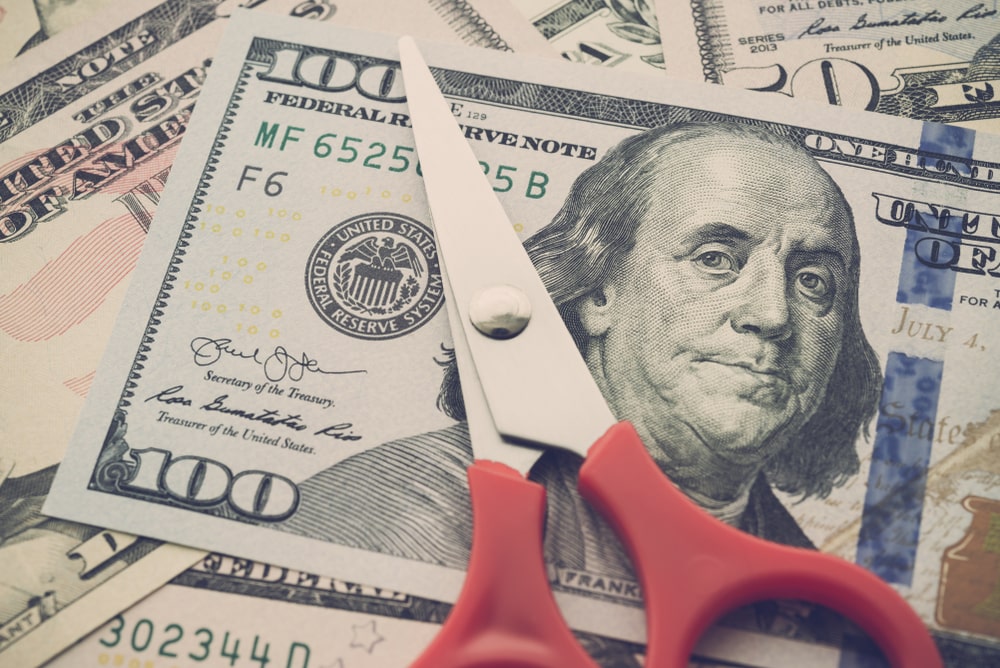 The Fed and the market reaction

The Fed pulled forward what consensus had expected to happen in two weeks. After the initial bounce in the S&P 500, there has been no significant bullish follow through in stock market flow. Existing sell orders did not get pulled, and more selling orders are getting added to the stack as it appears discretionary traders were looking to sell on the algo spike to SPX 3120-25.

Value tried to run briefly on the Fed cut but struggled to make much ground in the absence of a fiscal pulse, which continues to point to a mild disappointment trade from the G-7 event. Fear is the economic problem and Twitter is the super spreader. We know central banks cannot directly reverse that, nor can they force people into shopping malls or onto planes.

The debate will rage on about the merit of the rate cut to which the markets are much divided. But from my perspective the swift and decisive move was a necessary measure to support the equity markets which were entering a death spiral and demanded an urgent response.

In that regard the Fed leadership was commendable, but a considerable level of caution still needs to be exercised.

Will rate cuts boost the service economy and get people back on airplanes and cruise ships into St. Mark's Square? NO!

The FOMC cut is a necessary stop-gap to buy G-7 more time to quantify the supply chain carnage and calibrate the appropriate fiscal measures. But the clock is ticking.

Cutting at this time is a questionable use of limited ammunition. Without G-7 fiscal cannons firing, a rate cut alone is not going to solve supply chain issues or get people back on planes. The psychological benefits and positive asset price impacts of rate cuts right now may also be fleeting, especially as the market gets swamped yet again by more negative real-life headlines about new cases.

But after all was said and done, I think we just bore witness to policy coordination in a most uncoordinated fashion – a sign of the times?

After the Fed cut interest rates, oil markets, for the most part, remain stable. But in the absence of a definitive OPEC compliance strategy, oil policy remains mostly uncoordinated.

WTI and Brent prices, for the time being, have stabilized. Still, without the fiscal pump, planes, trains and automobile demand for all things oil remain low, suggesting physical oil demand will remain tepid until the virus ebbs and the fiscally driven industrial pumps can take effect.

Lukoil VP Leonid Fedun said that OPEC+ could cut output by more than 1mb/d, including 200-300kb/d from Russia boosted sentiment. I guess the big question is how much of the heavy lifting can OPEC+ realistically be expected to do?

Oil should remain supported, but at this stage the key is that OPEC+ presents a unified front and shows the group is capable of action. With the ultimate impact of the coronavirus unknown, getting the number precisely right will be impossible, suggesting to cover all bases OPEC will need to deliver a bigger is better production cut. Failure to agree on a cut will be a disaster as it would signal division in the ranks.

The meeting later this week should be a positive catalyst for oil, with oil near the bottom of a WTI breakeven scenario and closer to the bottom of a rational range for this year than it is to the top. However, a sustained move higher is unlikely until there’s definitive evidence that the spread of the virus has slowed.

The deflationary aspects in a coronavirus world had weighed down gold’s appeal. But the yellow metal received an immediate fillip after FOMC chose not to wait until the upcoming March policy meeting to deliver monetary easing. Given the Fed’s sense of urgency, it’s clear that the domestic spread of the coronavirus in the US was one of the factors that contributed to the FOMC's decision, which is super bullish for gold.

So, where do we go from here? Well, it looks like we should expect monetary policy to "wax on, wax on" as the race for the yellow jersey in the rate cut peloton to the LZB has only started, which could trigger a sense of buying urgency around the globe until the Fiscal taps turn on.

AUDUSD traded well after the RBA cut and I still like it higher, as described in my market note yesterday (Trade of the Day). And while I'm bullish for both the EURUSD and AUDUSD to go much higher, waiting for a global fiscal policy coordinated effort could turn into the "Waiting for Godot" trade of the century.

But given my central premise of long Asia and long Aussie trade was the combination of China back to work and the 50 bp Fed cut, dips should look attractive after the machine cut longs at 6625 AUDUSD overnight. But the eureka moment for the Aussie, and probably Asia FX, to explode higher is the fiscal pump which is far more complicated to deliver and not as simple as pulling a rate cut lever. Indeed, it’s a lot easier for people like myself to write about doing away with Black Zero, but it’s certainly a lot trickier for policymakers to expand an EU budget that’s already swelling to 170 billion Euro – not to mention the squabbling amid 27 unique economies which all want Germany and France to do 99.9 % of the heavy lifting.

With 66 levels breached on the Aussie, the focus needs to shift to not only the fact that the Aussie spot position remains mega short but also to the fact that longer-term Australian investors hold a significant and increasingly unhedged foreign currency position. To that end, I suspect a break on 67 and it could trigger a rush to hedge forward, which could woosh the spot Aussie even higher.

Similarly, on the Euro, while real money positions have shifted long over the past five weeks, the macro discretionary traders are still very much short. However, based on volume metrics, it appears the discretionary traders reduced about 1/4 to 1/3 of those short from max short position eight weeks ago. But of the two open positions, macro discretionary is the important one to watch as that’s a fast money element in the markets and they’ll have the most significant influence over short term positions. While trying to calculate the tipping point precisely, all roads lead to 1.1250 from a technical perspective and could be an essential level to watch on the charts for the shorts to trigger buy and reverse strategies.

The Ringgit should trade favorably today after the Fed rate cut, which should see the post-BNM rate duration bond flows into MGS extend.

The Asia key bellwether currency barometer, USDCNH, sees the Yuan trading much stronger after the Fed rate cut amid market positioning for a Chinese industrial reboot. What's more challenging to calibrate are flows as the stock market out streams has seemingly been offset by inbound bond flows as risk parity seems to be the name of the game these days.

Oil is trading more favorable, which will not hurt the Ringgit appeal – and neither will the China reboot.

I suspect the next significant regional bounce will come when travel alerts and similar restrictions are lifted. But with the fear of secondary outbreaks still lingering, that might be a long way off despite the Asia contagion rates stabilizing.