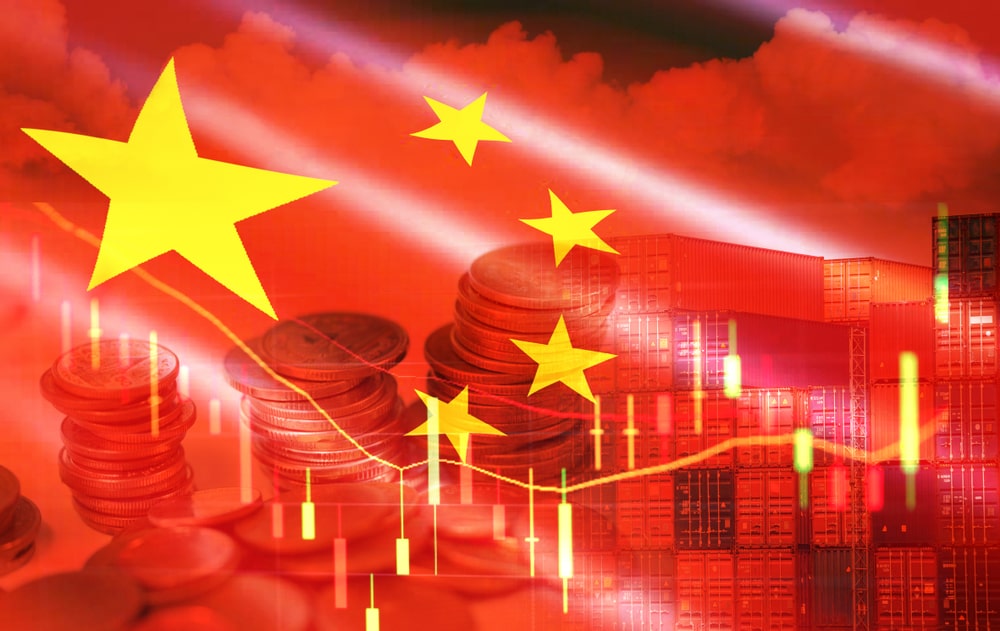 There are so many stories these days about how negative US Q1 GDP is likely to be and how high the jobless rate will be that it's starting to feel like a game of who can come up with the biggest numbers. Undoubtedly this is weighing on sentiment as investors now question themselves whether they’ve done enough to factor in the freefall in growth likely to be seen in Q2.

Out of the gates, stock markets are reacting to what now seems to be a likely increase in the duration and breadth of coronavirus lockdowns in the US and elsewhere, which is pointing to a potentially deeper and longer-term hit to economic activity than was anticipated even a week ago. Unprecedented economic devastation is hitting the screens this morning, with scenes from New York City in full stop providing the horrific optics.

US President Trump signaled social distancing in the US would remain in place until April 30. The demand shock for oil, and for the global economy more broadly, will be more significant if mobility and social interaction restrictions stay in place beyond April.

As such, it's equally challenging to overlook the oil markets this morning as Saudi Arabia is making good on their oil war threats; they’ve already started flooding the market with oil, as tankers filled to the brim set out from King Abdul Aziz port this morning.

This shock is hugely detrimental for oil prices and perhaps a tipping point for the industry as a whole. The incredible deterioration in oil demand is swamping storage infrastructures to the point that traders are now questioning whether policy coordination by OPEC+, with the US +Canadian oil producers also in the mix, can save the day as now anything short of a 20-25 million barrel per day cut my only provide transitory relief as world economies come to a sudden stop. This suggests we're going to be tethered to the risk yo-yo, if not anvil, for some time to come

The problem with making economic forecasts on either side of the spectrum is that it depends very much on the spread of the virus – and even the scientists aren't sure about how that will play out. The real question for investors isn't how shockingly bad Q1 is going to be (sadly, that's a given), it's how long the weakness will persist and, as a consequence, how much permanent damage will be done.

As the world comes to a crashing stop – and without mentioning anything about the globe already dealing with stagnancy – the economic devastation as a result of the virus should be gauged by its prolongation, not the depth of it.

But with so much uncertainly on both sides of the ledger, it’s challenging to see how any pension fund is going to make significant scale asset allocation decisions when there’s still so much uncertainty over the outlook. At best, short-termism is likely to continue to dominate the duty list for now, but let’s keep fingers crossed that a vaccine is on the way.

Although it doesn't necessarily feel all that much better, things do seem to be improving. (Let’s try to keep an open mind…)

With the introduction of the CPFF, the stress on commercial paper is beginning to decrease. Cross-currency markets are normalizing following the considerable uptake in FX swap lines. As a result, LIBOR has found some stability over the last two days.

VIX is back to 50: we aren’t quite there yet after stocks moved lower midday NY, but the VIX flirting with 50bps is a level many in the market consider a critical inflection point for risk assessment.

And now year-end has passed in Japan; it felt like the country was keeping some pressure on short-end USD funding markets yesterday, most notably by the reaction to the Tokyo fix. It's messaged FX prop traders to come out of their self imposed 24 hours of hibernation, and they’ve immediately taken it upon themselves to sell the US dollar.

The global economy is experiencing unprecedented disruptions, and while the full effects of these disruptions are not yet evident it’s clear that the economy is experiencing the most abrupt and severe contraction since the Great Depression. This is setting the stage for unparalleled oil demand destruction which is getting exacerbated by Saudi Arabia unleashing a torrent of supply to the world right out of the gates this month, making good on their oil war promises.

This is yet another signal the Saudis are digging in. The risk remains skewed to the downside for oil until this changes and/or COVID-19 news flow turns positive.

Ignoring President Trump's persuasions, Saudi Aramco is expected to offer up oil to any takers at the deepest discounts in decades as the state producer readies to ramp up exports intent on flooding the world with oil when there's nary a demand.

Gold weakened in late European trading and remained on the defensive throughout US action, falling back below USD1,600/oz. But the fact that gold is not bouncing back as risk tanks suggests  the negative correlation to oil price is taking precedent.

Ignoring the sharp decline in US consumer confidence, with oil prices under pressure, the deflationary impact of low oil, which is harmful to gold, is taking president. Not to mention with oil prices sliding, the drop in foreign exchange petrodollars per barrel could curtail more oil-exporting central banks to cut bullion buys.

The Federal Reserve has been quarterbacking the supply of US dollars around the world via USD FX Swap facilities. Then they opened the door to even broader US dollar selling overnight by offering up a temporary repo facility with foreign central banks that will start on April 6 and last for six months. This should be another element in easing dollar funding stress, including for countries that so far have not had access to swap lines.

In Asia, this repo facility will be most welcome and should be put to immediate use by Indonesia and Malaysia, who have the smallest reserve adequacy. This could be a potential turning point for the ability of central banks in these countries to address the dollar shortage in their markets.

The lower implied FX volatility across G10 is especially pronounced in AUD, NZD and GBP – currencies that have outperformed lately – and is encouraging. But the disorderly decline in oil prices is challenging this benign dynamic of lower implied FX volatility and broad-based USD weakness. We missed a pretty chunky dollar sell-off from some extreme levels overnight, and if you were unfortunate not to get any USD selling orders triggered it's going to be a bit more challenging with oil prices going into the tank today as lower oil prices (commodities) are not necessarily bad for the US dollar versus a laundry list of currencies, Commonwealth currencies notwithstanding.

However, for the Ringgit, it's near term; fortunes appear to be tied to broader risk sentiment and the plight of the oil market. Of course, a drop on petrodollar per barrel hurts the government coffers at a time when leadership has little option but to abandon fiscal prudence. But with the US dollar trading broadly weaker across the spectrum and factoring in access to more USD via a unique Fed repo market, which could be viewed by traders as a possible game-changer, the Ringgit could trade more favorably.

I fielded so many client questions about month-end rebalancing overnight, so I've added a couple of paragraphs to help demystify the process.

The simplest month-end model is: If US equities are down more than 2.5% in a month (they’re down about 11% this month), foreign owners of US equities need to buy USD to reduce their FX hedges. If you are long a billion SPX and short a billion USD against it as a hedge, and your SPX is now worth $890m, you need to buy $110m to get back in balance. Hence the term, month-end rebalancing.

The reason I was worried about this particular month that could have been lethal is that the March 2020 equity move is one of the largest in my trading career (which spans four decades) Also, half the risk-takers that might normally provide liquidity offset to yesterday's moves were hiding in the pipes, sending everything to the eFX machine which were just churning and burning through what little liquidity was available.

I particularly like GBP as it’s especially loyal to the simple month-end model. And, given the comparative lack of liquidity in Cable compared to the Euro per se, it tends to exhibit some wickedly outsized moves under these conditions.