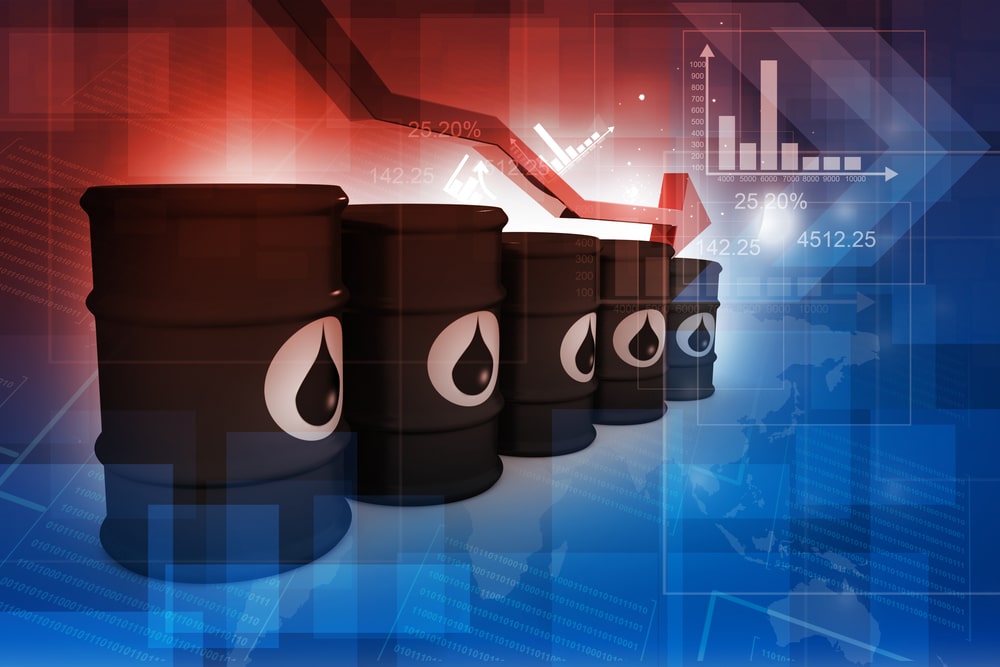 The Fiscal Pumps are turning on

Within minutes of the market open, the S&P500 fell enough to prompt a trading halt – the first since 1997. That in itself is probably sufficient to describe the "sum of all fears" and to best chronicle investor sentiment over the past 24 hours, with equity indices closing almost 8% lower through the US and European sessions while US Treasury yields fell a further 22bps to 0.54%.

The uncertainty caused by the coronavirus and the renewed pessimism first seen in Asia and extending globally overnight was prompted by growing evidence that an oil shock of historic proportions is now underway.

And while oil prices have managed to marginally retrench their biggest wallop since the Gulf War in 1991, with the verbal salvos now merging alongside the threat of increased pumping, investors are buckling in for a protracted and precarious battle of oil mega-powers for world dominance.

As investors brace themselves, the oil price shock continues through financial markets anticipating that producers will work to maximize market share against the backdrop of a coronavirus-driven global demand shock. Severe weakness in energy markets is quickly cascading into broader declines in commodity markets, high-yield credit and equities.

Oil prices and UST yields are trading off Monday's lows into the Asia open, but the declines since Friday are of eye-watering proportions. Massive falls in US and Eurozone break-even are sending very negative signs about the economic landscape and will put the ECB (Thursday) and the FOMC (March 18) under the cosh to loosen monetary policy. All the while potential circuit breakers include a coordinated monetary and fiscal policy response between countries.

Markets are in desperate need of a fiscal fix

We’re on the verge of a credit crisis. As we saw in 2016, not many shale or oil sands or even standard energy companies are cash flow positive with oil below $40. Meanwhile, missed payments from airlines, tourism companies and the hospitality industry are likely coming soon. Credit was already trading on edge Friday before the Saudi’s donned the boxing gloves. A fiscal response could be justified not because S&Ps are down or oil is down, but because we’re potentially on the cusp of a credit crisis driven by cash flow shortages and bankruptcies across a meaningful list of industries.

A fiscal response is wholly justified and regardless, of whether or not governments can respond fast enough, all they need to do is drop a number. The US is moving fast in that direction; now if the USA, China, Europe and Japan get on the phone and agree on a figure like something in the Quadrillions, the fiscal pump will likely provide oil markets with a much-needed Alka-Seltzer moment. It's already happening with Japan now joining the fiscal "wave."

Putting the analogies to one side, in the absence of a fiscal hosedown the sum of all the parts could see oil prices heading lower.

Demand collapse: The oil market was already looking shaky in recent weeks as the outbreak of COVID-19 continued to spread. And now the market is pricing in zero demand growth on average in 2020.

Saudi policy reversal: There’s no other way to view the Kingdom's dramatic cuts to its posted crude prices over the weekend as anything other than a complete reversal of its policy of supply restraint since late 2018. While it's impossible to gauge at this stage to what extent the Saudi supply will rise, the current assumption getting priced in is an increase from 9.7mbd to ~10.5mbd – or even if this is a short-term strategy or will be sustained for a prolonged period, which makes the outlook for crude prices extraordinarily uncertain.

Effect on shale: It’s expected that US shale production will fall which should eventually provide a significant rebalancing effect to the markets.

Lower price assumptions: Markets are now drastically cutting their 2020 price forecasts as they can no longer assume the ongoing OPEC supply restraint implicit in our previous model.

Equities put on their worst day since December 2008, during the heart of the financial crisis, down some 7%. Investors piled into safe havens like US Treasuries, pressing yields lower with the full yield curve near or below 1% With the opportunity cost of owning gold presenting few reasons not to pile in, why didn't bullion trade higher?

An official from Japan's Ministry of Finance says the US is compiling an economic package and that the Japanese government is in contact with the Trump administration (Reuters); USDJPY moved to up to 103.25 from 102.02 in a short time on the back of these headlines. Lots of short-term pain was taken out in this move. There should now be support at 102.50/60, and sellers will be lined up at 103.80 and higher.

We should see some positive knock-on effects in dollar Asia today form the US and Japanese fiscal stimulus and anticipated global stimulus pumps.

Also, the VAR shock to risk assets from the fall in oil prices is triggering a global credit crunch and some of Asia's key price takers like Malaysia and Singapore are struggling. More noticeably, however, global investors continue to shed Asia FX assets in favor of the safe haven Yen during these turbulent times.

For the beleaguered Ringgit, Malaysia is one of Asia's sole oil exporters; slower growth combined with lower oil prices provided the double whammy negative effect that sent the Ringgit reeling.