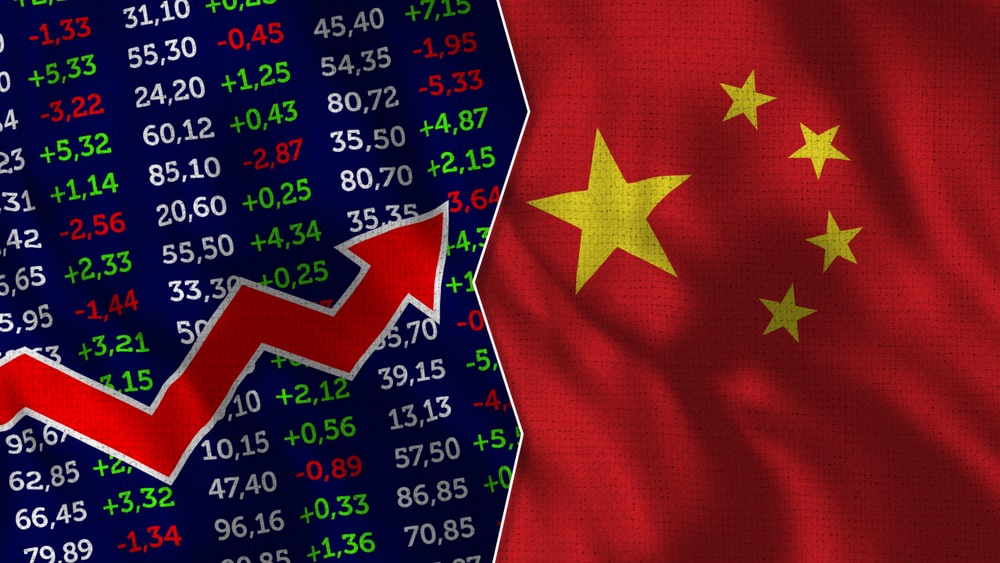 A call to panic stations?

Let's hope not, but I should have better clarity tomorrow after gauging the intensity of concerted interventions on all fronts: Central Banks, G-20 governments and, of course, COVID-19 containment efforts. While the rally in the last quarter-hour of trading Friday not only dinted the scale of losses for the S&P500, it also highlighted the importance of the Fed's policy pump.

While lots of market uncertainty continues to permeate, one aspect that's for sure is that global central banks aren't about to let COVID-19 snatch defeat from the jaws of victory.

Either we’re in the midst of one of the most significant gap traps on record, or we're on the precipice of the equivalent to a modern-day market doomsday prophecy. I think the former, but that's a story best left for a later date.

Fear is indeed the market-killer as the number of countries with accelerating virus growth rates has been rising to new highs over the past week, from 0 countries on February 19 to 15 countries as of February 29. Which, of course, is the most significant risk to global economic activity and has led to an unprecedented official response in an attempt to halt the virus from mushrooming into a super spreader.

There’ll be plenty of people lining up to condemn the role of risk parity and CTA style funds. However, while they are factors, markets have seemed to have run into a perfect storm this weekend again; not only was COVID-19 dominating the news flow, then factoring in the abysmal China PMI data is no small matter. And with the headline bombardment through social media outlets, any sense of rational thinking appears to have gone missing. Near term, the markets will be driven by how far the fear of the coronavirus spreads, probably not how the data plays out.

But since global growth has rested on consumer spending over the last year, if consumers are afraid (whether rational or not), the markets will collapse.

As for trading the dip, the China PMI was terrible and the news flows were nasty but I’m not so sure I want to be short at these levels when taking Chair Powell’s unusual statement Friday (50 BP cut?) into context and a likely PBoC RRR cut in the offing. But CTAs are only a tiny bit short after reversing out massive longs last week, and if they rev into gear all bets are off.

Finally, while the virus has scope to shift aggregate supply curves massively inverted, and if the virus causes a significantly more abundant supply than demand shock (and there’s much debate about that), the monetary policy of any type probably does not have enough firepower to create growth by itself. Fiscal policy would need to be employed, and if this is the case it may need to be a G-20 unprecedented and concerted fiscal expansion that rides to the market's rescue.

While the OPEC+ meeting this week (March 5-6) will be relevant, with COVID-19 moving through global economies like a wrecking ball any optimism that follows a positive OPEC outcome could be short-lived and oil will not begin to recover until COVID-19 is no longer seen as a risk.

Much of the dramatic move lower in oil and oil equities this year may have already been pricing to a worst-case scenario. $40 WTI ~ $45 Brent will mean US drilling activity will materially adjust down, so the bulk of the selling should be behind us – unless worst-case scenarios of a super spreader COVID-19 hits the US economy, given demand in China is likely to recover with the lights in the industrial heartland coming alive again. 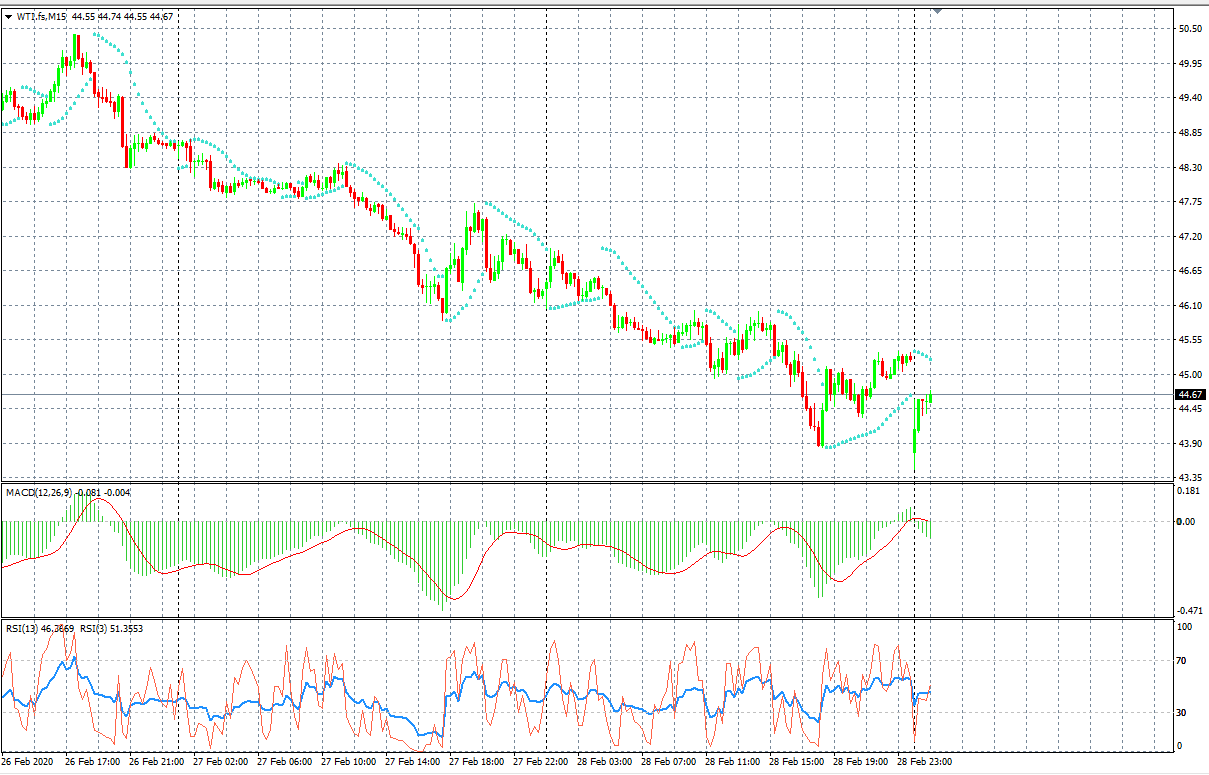 The biggest threat to the global economy and oil market especially is not just the short-term deterioration in economic data and near-term demand devastation, but rather the profoundly rooted global supply chain disruptions that may never come back; globalization has already peaked, technology has been slowly encouraging localization and the virus may speed up that process, especially coming on the heels of the protracted trade war.

Honestly, I've never dealt with so many questions on gold price action than what I did over the weekend. From Bangkok to Toronto, New York to LA, my Skype account credits rolled over as my global network of gold traders were conferencing and plotting their next move.

Month-end rebalancing aside, which usually extends a day or two into the following month, people were selling their winners (gold) to cover margin calls and raise cash. That we know, but the question is where we go from here.

The bearish aspect of reduced consumer demand amid the economic slowdown could be depressing prices as physical does remain a significant demand channel. However, gold could eventually find its wings as global interest rates continue to move lower and as a chorus of central banks cut rates, dampening any fiat currency interest-rate advantage over gold.

But with CTAs driving the bus, the technical backdrop could be the truth bearer. With gold's closing above the 50-day moving average at 1566.50 (April 20 futures) on Friday, we could be entering a technical buying zone for longer-term term traders, so it will be critical for that level to hold, otherwise there could be another capitulation lower

A confluence of risks are amalgamating: US Primaries are on Tuesday, dovish Fed communication, and deteriorating US macro data suggest you don't want to own a boatload of dollars.

While the greenback could hold its own against any one of those factors, this perfect negative trifecta will project the first real challenge to US dollar dominance in some time.

However, a weaker USD is a good thing for the global economy, which needs a deluge of US dollar funding only at a much lower currency value with a lower interest rate coupon attached.

Market sentiment has pivoted noticeably from viewing the coronavirus outbreak as more of a China/Asia-centric issue that will ultimately be followed by a V-shaped recovery, to now seeing it as a global outbreak that will result in a protracted drag on growth. Small open economies like Malaysia, however, could continue to struggle from the lingering effect of China's demand, disruptions in the supply chain linkages and, of course, tourism. The later is lost revenue to the hospitality industry, a critical sector that will have an extended recovery period due to an abysmal earnings outlook for 2020 that will have a lasting negative impact.

Bank Negara Malaysia (BNM) could cut its policy rate by 25bps on March 3 as the market is moving its rate cut call forward from May to March and repricing expectations for lower growth not just in Q1, but also Q2 as the impact from the COVID-19 outbreak and ongoing political uncertainty weighs on economic growth structures.

This should be suitable for bond flows, despite the political vacuum, and provide support to the Ringgit – as will a stable RMB complex.