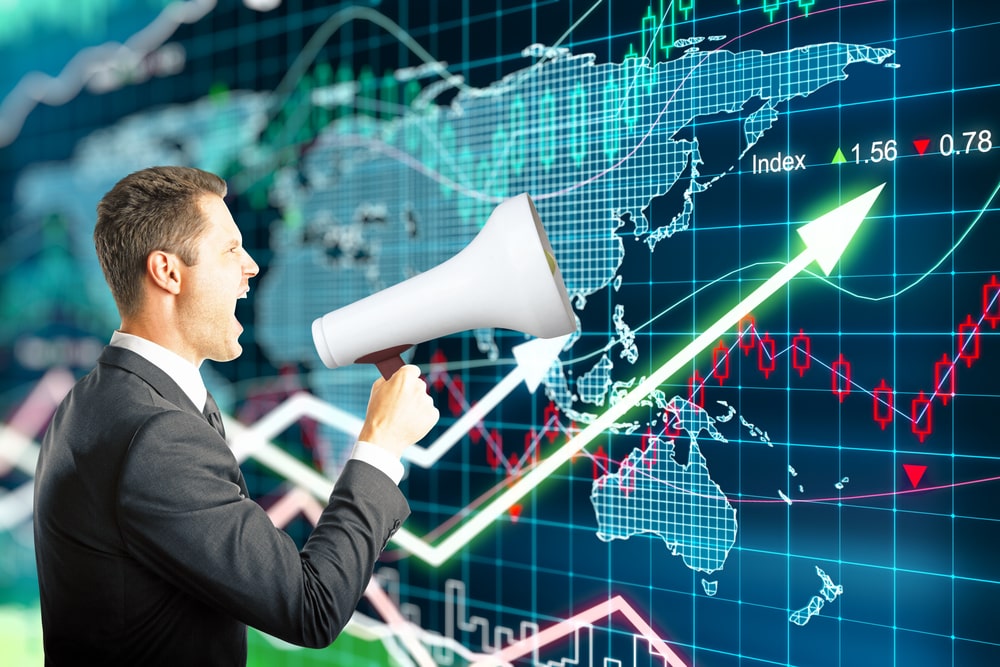 When US CARES, markets listen

Given this all happened after 2 percent of the US labor force filed for unemployment insurance last week, it’s left more than a few economists and traders a tad confounded; perhaps that’s the fundamental nature of this shock. After all, the market seems happy that the number came in on the whisper and the rise in jobless claims could have been 'worse'.

The fundamental problem isn't the size of the print, it's how long this shock persists. Indeed, the biggest concern for the economy isn't the immediate impact of things like jobless claims, rather the longer-term effects. If the US economy moves into a protracted recession, the business and human costs are likely to be much higher than the impact of the virus itself.

US jobless claims numbers honestly shouldn't come as a surprise – this is not a recession pattern of job cuts where 10% is trimmed in a revolving design until businesses bottom out. Instead, this is one day fine, the next day everyone’s gone. And it’s a pattern that should reverse, to a degree, when the virus passes. With that in mind, the market is running with the assumption that while this tumult will be the deepest recession in modern-day financial history, it will also be the shortest.

Even although I'm short the SPX near current levels right now and another order in to sell higher, I honestly hope bullish is the case and will be more than happy to cut and run with the market for humanity's sake, if nothing else. But since it's impossible to gauge the ultimate economic impact or the duration of the Covid-19 pandemic for weeks, possibly months, and until that point the sustainability of any rally in stocks is questionable and I remain relatively risk-neutral, short SPX and short US dollar hedged.

The question is this: will the next 500-point move be higher or lower? For me, a break of 2700 says more topside to come whereas a move below 2500 means lower, so choose your position carefully.

Anyone running multi-asset portfolios knows the quick returns are probably to be made in equities right now, if you can catch the moves. However, why is this happening and why is the US outperforming Europe? It boils down to technology; the US has it, Europe doesn't.

Couple that with a "buy what worked before" mentality and funds are averaging in again on tech stocks that shouldn't much be affected by the virus – especially Microsoft and others that primarily focus on cloud computing which resonates now with the world working from home.

Overall there’s been a general shift to neutrality from the perfect bear market conditions late last week, which is a good thing.

Jobless claims were horrible – and there's no way to sugar coat that – but the market never lives in the present. The Fed's bazookas appear to be filtering through and that's a massive positive the market is running with. By their policy design, the US dollar is starting to back off its rush and, most importantly, signposts targeted by Fed policies have begun to show signs of less stress.

So, while the jobless claims were gloomy, investors like what they see as the Fed’s bazooka shots appear to be hitting their targets.

The strength of the US dollar was a massive problem so the Fed expanded swap lines to other central banks and fortified them further. While there's usually a lag effect, judging from moves in the US dollar over the past few days the "dash for dollar" funding is at least lessening.

There are widening influences suggesting that the high-water mark for panic in financial markets has passed. A less inverted VIX curve, narrower US high-yield credit spreads for the energy and airline sectors, and lower implied FX volatility reflects the substantial policy action led by the Fed.

And with the final piece of the policy puzzle, the US CARES Act, about to be bridge ended, a much-needed social safety net for the millions lining up at the unemployment window will be provided. This will significantly assist in ameliorating Main Street’s biggest concerns as investors always favor humanity when it comes to risk.

The S&P 500 is up 6.2%, or just over 150 points. I don't think it's wise to chase this – primarily because the worst of the virus has yet to hit and only half of US states and a third of the US population are in lockdown. There's no reason to believe the US population should be less immune to the virus than everywhere else in the world, not to mention the notion that the world is quickly returning to work seems to be a flight of fancy; thousands of businesses and jobs will be lost, regardless of government handouts.

However, why is this happening and why is the US outperforming Europe? Tech. The US has it, Europe doesn't.

The latest coronavirus cases numbers from New York look ugly. At the time of writing it has 37,258 cases, up from 30,811 on Wednesday. That's easily the most significant daily increase so far and keeps the growth rate in the 20% range.

The oil market was smacked with the ugly stick overnight after the IEA executive director Fatih Birol said demand could drop as much as 20 million barrels a day, sending many oil quant traders into an "oh dear" state as a 7-10 million barrels per day hit was the running assumption for many.

Although the US CARES Act relief ally ensued as the Main Street parachute package, particularly the unemployment benefits, will likely delay oil product storage facilities cresting by another two to four months, all things being equal.

Still, over the short term, the spread of Covid-19 and the impact on oil demand will continue to pressure oil prices, and  the virus headcount numbers out of New York City are providing especially poor optics.

There’s a relatively wide range of estimates on how much global crude storage capacity remains and on how quickly that capacity is filling. However, when the storage capacity is filled, we should probably expect a response from Saudi Arabia, Russia and other essential oil producers. On the other hand, the longer their response takes the higher the risk of another steep decline in oil prices.

While WTI seems settled in the low $20 as a baseline for now, it's tough to rule out a drop into the teens, or lower, if Saudi Arabia and Russia stay the course.

Only then would the cash cost accelerate shut-ins and ultimately lead to a price rebound. But it would make for a horrible year for a good chunk of the world who are oil price takers.

Gold performed in European trading, rallying notably in the leadup to the US opening and throughout most of US trading. Gold got a nice boost from a weaker USD, notably against the EUR.

Gold was a prime beneficially from the surge in US unemployment numbers, which argues for continued stimulus and monetary accommodation.

USD demand on the back of funding issues has eased further in the past 24 hours; accordingly, the USD has now started to slip back lower.

The expectation of Congress passing the US CARES act accelerated USD selling, where the hard-hit AUD-GBP and EUR were prime beneficiaries.

The EUR gained as the ECB formally scrapped its self-imposed limits on its bond-buying program. The ECB announced that issue limits “should not apply” to the new QE strategy.

A downgrade also aided the GBP moonshot after the Covid-19 lethality forecasts were revised down significantly by the Imperial Colleges, which in turn implies the virus is less dangerous in the UK.

The AUD gained on two fronts: its high beta to risk was evident overnight on the back of the US stimulus package and the $AU benefited greatly from the drop in cross-currency basis swaps costs thanks to the Fed emergency Swap facilities.

Also, the drop in volatility leaves the long USD position at risk into month-end; as such, there's been a considerable unwinding of long USD risk across the board overnight.

The drop in USD funding pressure is an absolute boon for the Malaysian Ringgit as the dash for US dollars in Malaysia was even more intense than that for regional peers. The fall in oil prices provided Malaysia with fewer petrodollars per barrel, and these oil dollars are usually considered a stabilizer for the Ringgit.

Factor in a generally better tone in the global risk markets and the Ringgit will open stronger today.