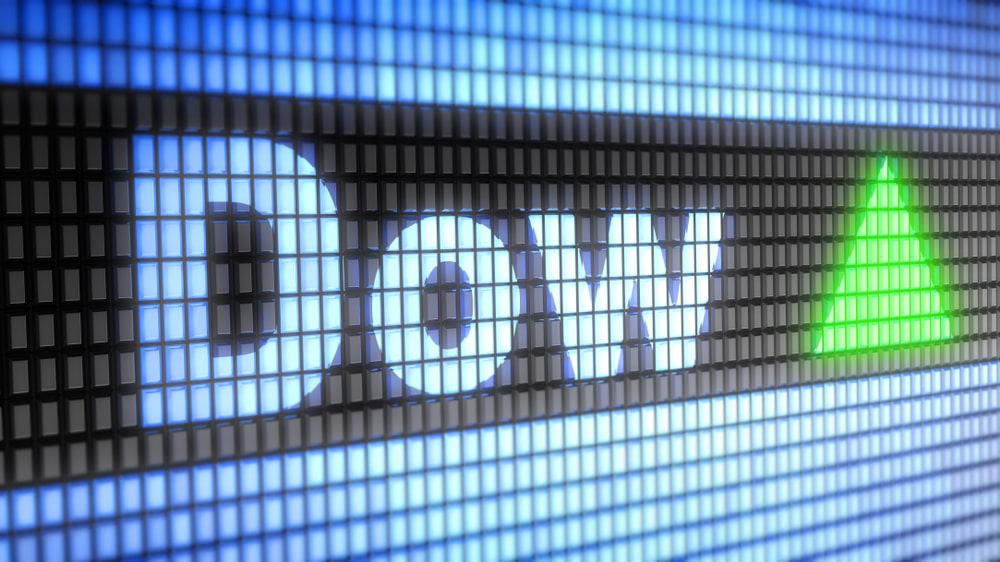 The S&P surged 9.4% Tuesday and media reports say the Dow Jones registered its best day since 1933, rising 11.4%. European and Asian equities rose as well, oil slipped and gold rose by 2.2%.

A final decision on a US fiscal stimulus package remains elusive; US Treasury Secretary Mnuchin said the deal is within striking distance, with media reports suggesting an agreement could be made within hours. The size of the package under consideration remains consistent with recent media reporting at around $2tn (10% of US GDP).

US equities are rallying on expectations of a substantial bipartisan deal which may be just a few hours away. But in "buy the rumor, sell the news" fashion, the stock market could easily take another sharp leg lower once the good news is out and investors conclude that it won't be enough (yet) to address what's going on in the real economy.

With that said, given the enormity of the package it will most certainly be initially well-received and should be sufficient to buttress "Main Street" from falling into a worst-case depression type scenario, especially with the Fed prepared to monetize all the US government's debt.

The reason why it’s critical to get this US Aid package wrapped up quickly, and in a huge way, is that, in contrast to Europe, the US social and economic parachutes and automatic fiscal stabilizers are much weaker. This means hundreds of thousands of US workers might get laid off every day congress dithers. But with no unemployment and health benefits, and in the absence of a quick and useful government safety net, the economic impact will be much worse in the US than in Europe.

E-minis have been surging all day long on the anticipation of the deal as the markets are still revelling in the Fed's crisis response which was nothing short of spectacular, given that they’re prepared to monetize infinite amounts of government debt.

Looking at flows overnight, it appears the Fed effectively addressed market plumbing issues while providing a whole range of liquidity backstops. And the proof is in the pudding as, slowly but surely, liquidity is starting to return to futures markets which seemed to trough last Thursday when a lot of traders turned their algo and machines off.

Economic forecasts must now be made totally outside the grid of any historical experience.

Given the rapid succession of downgrades, we should likely expect more pain over the short term as the situation in New York and California continues to deteriorate. And with the entire population of India going into a government-enforced a 21-day nationwide curfew, it doesn't suggest blue sky.

More worrisome is a University of Oxford study that suggests far more people in the UK may have already been infected than scientists had previously estimated – maybe as much as half of the population, the majority with very mild symptoms or none at all. It calls for significant scale antibody testing to establish what stage of the epidemic we’re really in.

The SPX move is consistent with the falling volatility (although the Vix remains sticky around 60) and rising dispersion, which are the early signs of market stabilization, thanks to the Federal Reserve Board going all in. But in the medium-term, markets will remain choppy given the uncertainty of coronavirus spread and significant risk appetite restriction from recent high volatility and cross-asset correlation (or lack thereof, at times).

Signs That Systematic Re-Balancing Is Slowing

When does risk sentiment turn on bright?

Everyone’s looking for a canary in the coal mine. Still, ultimately for risk sentiment to turn back on bright, investors need conclusive evidence of coronavirus infection curves flattening and putting an end to lockdowns in sight.

Oil prices have clawed back some intraday losses on anticipation of news from Washington announcing new initiatives to try to protect the economy from the effects of Covid-19 and hopefully providing massive support to Main Street.

But the canary in the coal mine is chirping from the product's market, with gasoline and jet cracks under significant pressure responding to the absence of demand amid rapidly rising physical inventories.

With futures dislocating from the spot, liquidity has been virtually non-existent; EFP at 40 was paid overnight, indicating total surrender in a frenzied panic to cover physical gold commitment. I've never seen anything like this in more than 20 years trading gold.

Of course, under these conditions, gold is getting floated by liquidity concerns to a degree. Still, the overriding demand factor is the anticipation of a tremendous fiscal stimulus downpour, which should cement gold's longer-term bullish outlook.

Besides, gold is getting more headroom absence of margin selling and as USD eases somewhat. The pullback in the USD and little change in yields allowed gold to rally. The flash estimates of March PMIs show the negative impact the Covid-19 pandemic is having on economic activity and should ring in more policy easing globally.

So gold is glittering in a global monetary response to the Covid-19 crisis. This goes well beyond the Fed as the world tuns on the monetary and fiscal taps to dampen the horrendous economic effect of Covid-19.

It's hard to imagine the US dollar doesn't get pummeled eventually, but it’s probably best to keep an open mind as the USD buying continues every NY session.

But with dollar funding normalizing, Fed monetizing 10% of GDP, gold ripping and market plumbing issues addressed, the dollar should remain on offer. But, more importantly, with the global US dollar shortage getting resolved the Greenback must inevitably give way to the Fed's new policy regime.

But as far as timing when the comprehensive global growth ebullience sets in and triggers the ultimate USD dollar demise, it's probably more of a science call predicted on when the virus peaks globally and people start partaking in everyday activities again.

So, with the Eurozone still under the Covid-19 cosh, it's going to take some more convincing than an infinite Fed policy backstop for G-10 currency traders to chase the EURUSD higher.

However, high-beta currencies to US equities continue to outperform, like the Australian dollar and Korean won.

Despite a slightly weaker US dollar tone globally, the Ringgit is still struggling from the political malaise, oil price volatility and the domestic MRO, which continues to hobble any semblance of an economic recovery. In the background, Malaysia's bond investors are starting to fret as MGS are on the FTSE World Government Bond Index watch list, and the upcoming interim review is this month.

While an easing in US dollar funding conditions has provided some relief to the Singapore dollar, the city-state’s proactive containment measures will see the virus pass quicker and will like reward with more robust asset markets sooner than regional peers.

Yields are up, but it was a tale of two divergent tapes in US equity markets; Oil heads lower as dollar strengthens; Gold takes the express elevator down