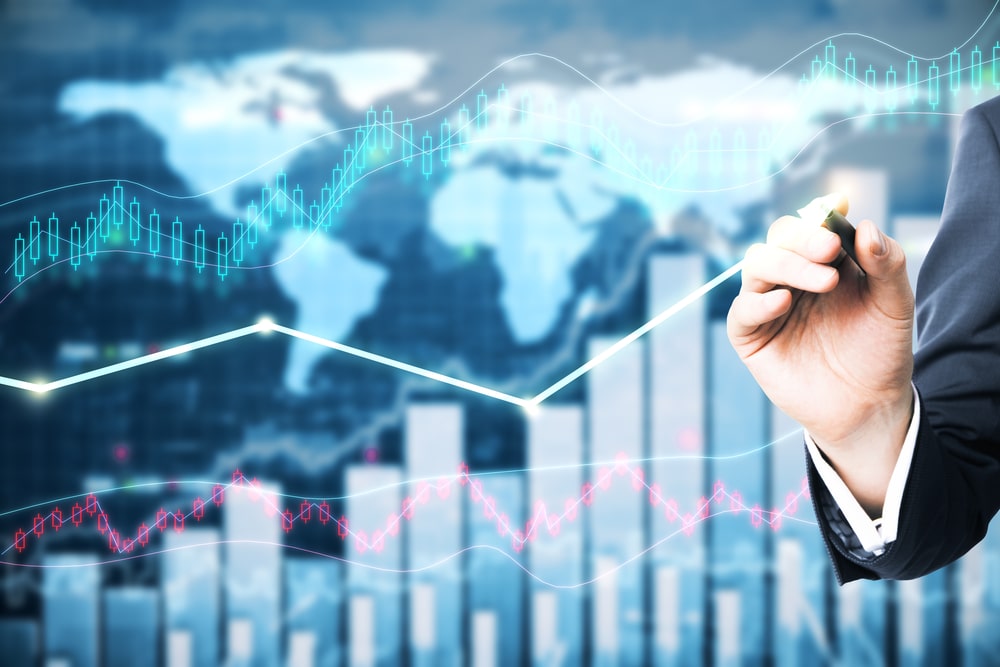 US equities were stronger Thursday, with the S&P closing 2.3% higher, and there were smaller gains in Europe, though mixed in Asia. US 10Y treasury yields were up 2bps to 0.61% and oil prices lifted 22.1% after the US president indicated that he expected Russia and Saudi Arabia would agree to reduce production by "approximately 10 million barrels, and maybe substantially more". Price action has been choppy though as Russia denied talks had taken place – only for Saudi officials to express willingness to reduce production if others did as well. Separately, the number of confirmed cases of coronavirus has surpassed 1 million globally, having doubled in the past week.

US initial claims rose more than 3mn for another week., with a spike in continuing claims suggesting the labor market has come to a full stop; initial jobless claims for the week ended March 28 were 6.6mn, up 3.3mn from the previous week.

Since markets have seemingly become immune to the rise in Covid-19 case counts, I'm not sure where the more important story lies today. Is oil the talk of the town, or is it the thought-provoking (non) price action across a breadth of US asset classes in the aftermath of the ghastly jobless claims number? The optimistic read here is that the market is already toggled for horrendous economic numbers. In other words, a bleak picture is already in the price.

But the process of risk normalization will continue to be chaotic and we should expect it to stay on a downward, albeit choppy, trend for the stock markets. After all, the world is expected to extend lockdowns.

Even if the market has seemingly hit a trough, equities rarely bounce back to their previous highs immediately. A medical breakthrough in the shape of a Covid-19 vaccine could cause that, but for investors to get back on board the rally bus they’ll need to see falling case numbers, alongside an end in sight to mobility restrictions.

We are entering a climate with lower or no dividends, fewer financial options and, more importantly, fewer jobs, lower output and probably far fewer companies around the world. Many small and large-sized businesses will not survive this storm.

I'm not sure what to say about the speed with which the labor market is being hit. Jobless claims of 10mn in May would be eye-popping, but 6mn was incomprehensible only a month ago. It came that quickly; one day there, the next day gone.

I'm not so much a bear as a realist and not buying into the notion that this is a temporary dip followed by a huge rebound. Voluminous job losses and bankruptcies could lead to permanent wealth deviation. If and when things return to normal, restaurants and hotels (for example) will hire back in a gradual, incremental and cautious way. And second wave fears will lurk around every nook and cranny until we either achieve "herd immunity" or a health care solution is discovered.

Thanks to the volatility suppressant nature of the unprecedented peacetime fiscal and monetary stimulus, market makers feel comfortable replenishing inventories of their favorite Covid-19 risk-immune stocks on a dip, and now they can gingerly add oil stocks back to their laundry lists despite being hampered by a wet blanket. So, for today anyway, all is good in the Wonderland scenario.

In the meantime our energies should be less focused on the yield curve and currency markets, and more focused on rolling out proper test, track and trace technology in the major economies.

Based on my dire macro views from above, I don't think WTI prices have that much farther to climb and I'm sticking to my guns that WTI $25 will be the new normal over the short term, until a compliance deal gets sorted out. Even then, given the worrisome logistics of shutting in the 20- million barrels of oil per day needed to balance the markets and where the cure might be worse than the symptoms itself, adjusting the oil markets to any semblance of balance is next to impossible.

At this stage, probably the best we can count on is graduated and globally coordinated production curtailment that will provide sufficient wiggle room before it’s game over when storage capacity overflows and oil becomes cheaper than the tanks it's physically stored. In this scenario, we could see WTI $30 be the new short term benchmark.

Gold continued to reverse recent losses, jumping in active trading. After steadying in Asia, gold began to move higher in Europe with the gains then accelerating in US action. Initially, the broader financial markets struggled for direction with no clear indication of risk sentiment; the initial move in gold was likely triggered by rising oil prices, which points to less deflation and improves gold outlook.

But the short term game-changer for gold came with the release of the US jobless claims. In addition to being a new record weekly rise, the data was above the highest expectations.

The fact that gold moved higher despite stronger equities and a firmer US dollar suggests there could be a bit more upside to come. But with near term positioning a bit stretched, it's difficult to gauge if there’s still enough meat on the bone to whet investors’ appetites for bullion on a Friday after a roller-coaster week.

My view is to reduce into the weekend as I'm not a fan when correlations break positively or negatively for gold as the misalignment never seems to stick over time. You can tell yourself this time is different until you turn blue in the face, but you're probably wrong.

The Euro is unlikely to get much headroom with the dollar still in demand and Europe in lockdown. While there are nascent signs that Chinese activity is returning to normal levels, much of the west remains in lockdown. As a result, markets have come under severe pressure as the virus has spread trigger dollar safe-haven flows.

But there is an opportunity here. With the cost of hedging dollars now significantly reduced and the virus showing signs of slowing in Europe compared to the US. it’s the coronavirus divergence and not the yield curve convergence trade that opens up a panacea for short dollar positioning. Currencies of countries that will see the virus pass quicker should be in demand as those nations will see a faster economic recovery.

Not sure how much is left to do from the GPIF US bond purchases from a week ago, assuming we’re nearing the end. US funding pressure has recanted and US yields are low enough to send the USDJPY toppling on the next sigs of equity market weakness. There’s less exporter selling demand for general hedging purposes. It’s likely offset by less importer dollar demand, with oil prices in the $20s. Although there has been a bounce in the USDJPY with risk sentiment, USDJPY and S&P 500 is not the truth bearer. Instead, it’s US rates that are the truth stayer so we could see USDJPY fall under pressure on the first sings of equity market weakness, which will undoubtedly happen sooner or later. If you’re bearish equities, now might be a good time to get short USDJPY.

A more positive risk sentiment, USD dollar funding easing and the prospect of higher oil prices should see the Ringgit trade on a more friendly note today. A rise in oil prices sheds a lot of unwelcome baggage that has been hobbling the KLCI. And while the bounce in oil does not signal an all-in green light for the Ringgit, we're in a much better position today than we were mired in midweek, which is a good thing for local sentiment.