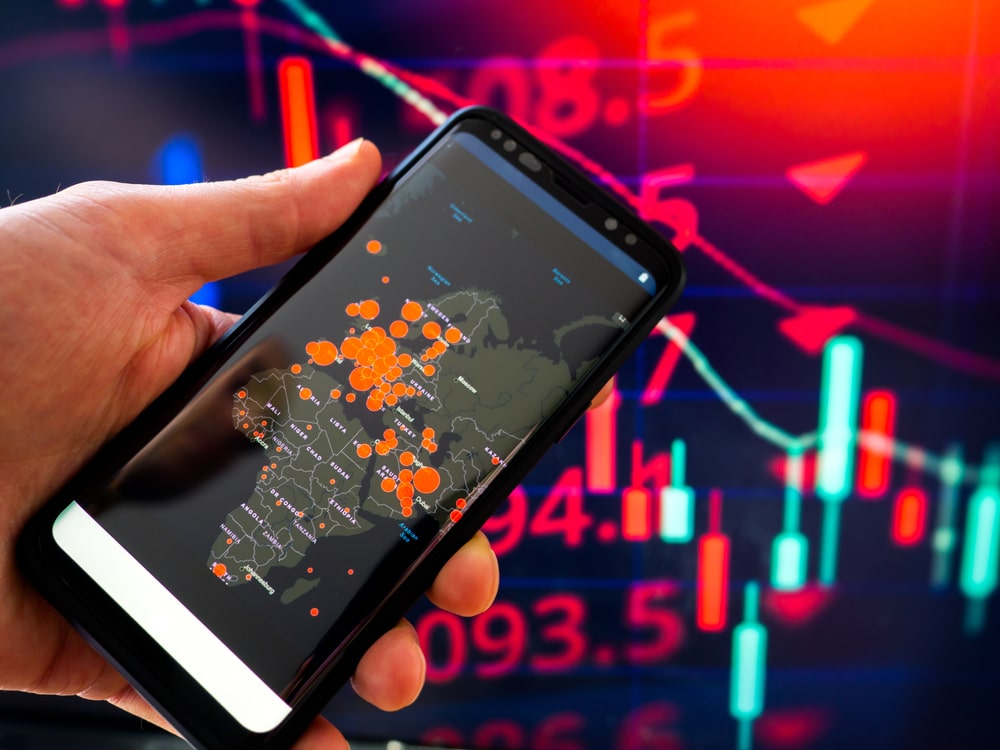 Well, at the time of writing it’s 3:30am in Bangkok and I'm on my third cup of coffee trying to make sense out of this market carnage. But it’s a safe bet I'm not the only market participant in Asia who had a restless night while continually waking up to check their trading apps and other mobile news services.

The market now realizes it’s the sum of all fears: the world's central banks are powerless to stop the market turmoil.

With a more extensive and far quicker spread of the virus than generally expected just weeks ago, and with early evidence that the impact on Chinese activity was far worse than initially projected, investors are hunkering down for a severe global recession.

As we buckle in for another volatile day on global trading floors, the S&P500 closed 5.2% lower Wednesday, unwinding the gains seen on Tuesday. Weakness extended further after a 15-minute trading halt in the early afternoon, though a sharp rally in the last 30 minutes or so of trading softened the scale of losses. There were smaller declines in European equities, and more minor again in Asia as well. What has been especially notable in recent days has been growing signs of forced selling of safe assets: US Treasuries sold off again Wednesday, with US 10-year treasury yields lifting a further 11bps to 1.18%. Gold fell 0.7% and oil prices went into a freefall, down 24% to their lowest level since 2002.

Here's my take of the currency carnage

Circumstances rapidly deteriorated with global mobility restrictions in full force. The global lockdown trigged self-accelerating appreciation of the US dollar as investors were forced to reduce leverage across all asset classes.

With few liquid options left to hedge into, the entire gale force of global risk hedging requirements spilled into the Foreign Exchange markets as nowhere else to hide other than the US dollar scenario steamrolled.

Much of the currency market focus has fallen on Cable overnight as the UK economy goes down the route of elsewhere and into full lockdown. The GBP hit 1.1500 overnight in fragile trade – the last time it traded lower than this was in March 1985, when 105 was the previous low. However, that’s merely a symptom of the cause. Investors are forced to reduce leverage across all assets compounded by the USD liquidity squeeze.

It's not like the downside outlook for the US economy is any better than elsewhere; in fact, non-traditional data confirms the US economy is shutting down quickly. Global currency markets have completely unhinged from a mechanical/technical reason compounded by the dash for dollars amid a USD liquidity squeeze.

Economics in the time of Covid-19

Economics in the time of Covid-19 is a different beast with the best data being real-time that provides insight into the extent of the slowdown. US restaurants are shuttered by mandate and the data confirms a collapse, with a few cities already at -100% table rates. But one of the more interesting ones is traffic data from TomTom. It shows the speed with which Houston went into a virtual shutdown, which both illustrates the ghost town outlook due to the collapse of the shale industry and mobility restrictions.

Yesterday in my London closing note I referred to the looming tail risk that is US unemployment being set to rise quickly. Attention has already turned to the scale of job losses which will hit the US economy in the coming weeks and months. We'll get our first clue of this on Thursday with initial jobless claims at 12.30 London. Headline expectations are for 220k initial claims, a modest increase from the previous week. The range of expectations isn't huge, but the standard deviation of forecasts at 8500 is the biggest since December.

However, next week will be the truth bearer after state unemployment websites in Kentucky, Oregon and New York crashed under the weight of traffic. And according to an NPR/Marist poll conducted Thursday and Friday, 18% of households already reported someone being laid off or having hours reduced because of the coronavirus outbreak. US jobless claims highs of 695k in October 1982 and 665k in March 2009. I would expect these previous high-water markets to be obliterated and possibly hit one million new jobless claims.

Unlike the Lehman crash, outside the financial sector life went on as usual. In essence, restaurants took bookings, taxis took rides, shops were still bustling. This time around, the entire US (and global) economy is on the precipice of shutting down, which means unemployment will skyrocket.

Where do we go from here?

Recently the focus has been on the market's struggles, but ever so increasingly amid the market turmoil attention could start to turn towards the institutions that drive this market, especially the hedge funds themselves and their solvency. Yesterday it was announced that two UK property funds had become the first to "gate" due to market conditions. These will raise questions over whether other property funds follow suit, especially as investors in that sector could decide to sell whatever is liquid and is actively trading. Given the unbridled use of credit and leverage many of these institutions were operating on, we could be only bearing witness to the tip of the iceberg.

Will there be more financial repression if this continues? After all, there’s nowhere safe at the moment to put your money other than a bank. The Fed and Bank of England may say they aren't going to take rates negative, but what’s going to stop commercial/Wall Street and high street banks from starting to impose negative interest rates on their customers?

The oil markets were taken for a hectic express elevator ride overnight.

Oil traders led the recessionary charge as WTI plummed below $21 per barrel as risk sentiment was in a foul and temperamental mood.  But causing a bit of a rollercoaster session was the fact that markets were on the lookout for any progress in a high-stakes game of chicken, waiting to see who will blink first after the Kremlin suggested on Wednesday that it would prefer higher prices.

Much of the impetus for the fall came after the headline earlier that Saudi Arabia's oil minister told Aramco to keep supplying crude at a pace of 12.3mbpd over the coming months, and it’s been one-way traffic since then.

The continued containment and lockdown response of the world's major economies in response to Covid-19 will advance to a sharp impact on oil demand, but the OPEC+ producer group's cranking up of supply into these unprecedented conditions will trigger even more selling.

Even if global production remains static over the near term, let alone factoring in Saudi Arabia’s increased supply, inventories will swell as gas and oil demand drops precipitously in the weeks ahead when physical storage facilities are filled to the brim around the world. In this situation, it's unclear if a point of equilibrium even fits into this scenario. Once the swift and savage physical rebalancing takes place, the markets could quickly fall to WTI$15 or even further, which is now becoming the base case for some.

The gold narrative hasn't changed: provided there’s a cause for forced liquidation of other assets, gold prices will probably remain capped over the near term.

But as the demand for cash becomes more pervasive as personal liquidity and capital preservation become a dominant consideration in investors' decision making. Bullion owners in any form physical, paper or scrap, will probably continue to liquidate in order to boost capital levels the more protracted the Covid-19 global lockdown extends.

And if you're wondering where the sovereign demand for gold is, according to Goldman, Russian demand has fallen off due to lower oil revenue.

But, in my view, central banks are more concerned about increasing their USD holdings by any means and increasingly so through SWAP lines. At this stage, buying gold is well down their list of concerns. However, for the gold market concerns, hopefully we don't get to the stage where central banks need to sell gold to raise dollars as that's when the trap door most certainly springs.