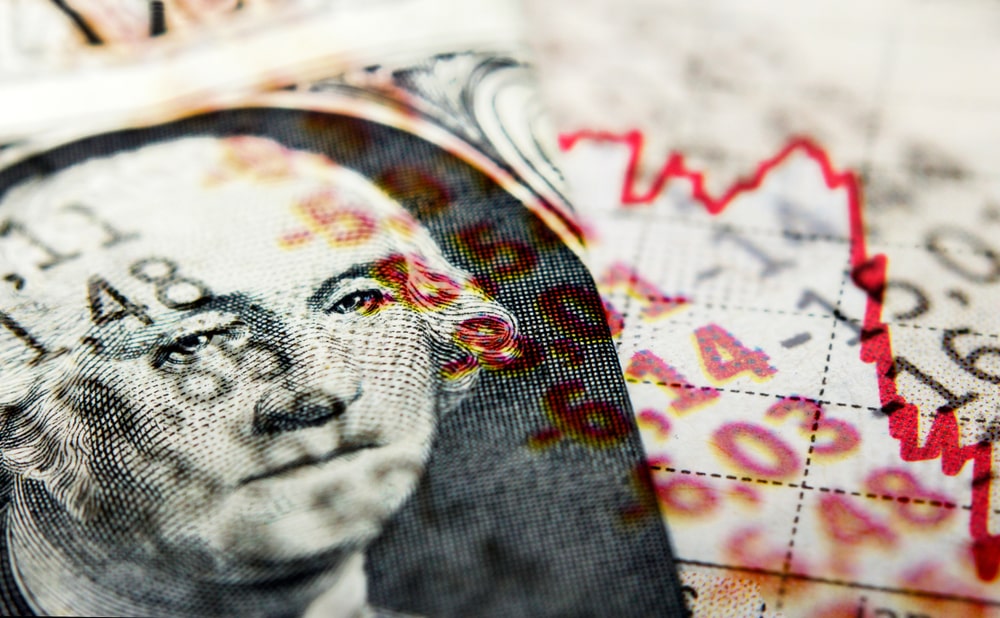 Equities were weaker again Wednesday, with the S&P500 closing 4.9% lower, taking back the gains seen. Weighing on sentiment, the WHO declared the coronavirus a pandemic, noting it’s "deeply concerned" by the "spread and severity" of the virus and, perhaps most troublingly, by the "alarming levels of inaction" in various countries. The culprit which sent the ball rolling downhill was a report of the US coronavirus cases topping 1000.

The market is faced with two highly uncertain bearish shocks in the form of an unholy Covid-19 economic catastrophe in Italy and most of Europe, compounded by a dizzying oil price downdraft with the apparent outcome a sharp price sell-off across all assets. Nothing is immune from this insidious virus and still the market may not yet be pricing in a worst-case scenario from this double-whammy risk beat down.

Vacationers and business travelers continue to cancel trips and “social distancing” is suddenly a term in common usage. Needless to say, all eyes remain focused on travel bans around the globe. That said, everyone knows the number of reported cases in the US will skyrocket soon because proper testing has begun. Is it fully priced? I have doubts. There’s also an increasing probability that current containment measures in Italy might become a necessary way of life across much of Europe and regionally in the US too, which could swamp the US economy.

It feels like we're doing little more than moving from one air pocket to the next while the less turbulent air in between is getting supported by the thought of fiscal input. This will eventually trigger an even more aggressive budgetary response globally, but time is of the essence.

The first order of business is that in the US there needs to be comprehensive testing to arrive at a credible tally of cases, without which we have no way to quantify the effectiveness of the next point. That is, there needs to be a policy response – draconian or not – that’s perceived as sufficient to stop the virus from spreading further and mitigate economic damage. Both could easily take another few weeks, if not months. The question is: can we stand another week, let alone another month, in Covid-19 purgatory with the markets on the precipice of a cliff edge.

It still feels like the Covid-19 / energy credit wallop hasn't seen its worst deadfall yet as the public health crisis will most certainly mushroom in the US and, in probability, should be at its worst in the next two to four weeks. Only then will the market see from the bottom and maybe start buying the dip.

It sure looked like a spooky NY afternoon with fixed income and stocks both trading poorly as it seems like a fund, or multiple funds, are unwinding a huge risk parity bet or fund; absolutely bizarre moves in break-evens, TIPS, etc, that has to be viewed as a stress singal and liquidity issue, I think.

Meanwhile, corporations are going to start drawing on credit lines en masse, which will probably put more pressure on the system in ways that are hard to quantify or forecast but certainly not in a good way. Yes, the "sum of all fears" is coming to fruition.

-Hilton to draw down part of $1.75 billion line as virus spreads
-Boeing will draw down $13.8 billion loan to stockpile cash
-Blackstone urges its companies hurt by virus to tap credit lines

I started my trading career on what effectively was a repo desk, but I'm far from an expert on today's market plumbing. Still, I do know that, in general, when everyone calls on lines at the same time, that’s not good and will stress an already stressed market.

As such, look for a possible mad dash for the dollars as US dollar funding concerns grow, which could put ASIA and EMFX under pressure.

I'm tossing aside my correlation calculator for the next 72 hours and revising everything again for an unprecedented fourth time in four days, taking on board:

While a fiscal policy deluge is expected, the markets continue, for the most part, to run with the dominant narrative as news coming out of Saudi Arabia after last week's meeting collapsed has been uniformly bearish for oil, which is getting reflected in the nearest time spreads, which are dropping more profoundly into a contango structure.

Adding to the downdraft, OPEC now expects there will be no growth in global demand this year so for producers the oil outlook is pretty dire.

OPEC and Russia’s oil price war started this weekend when Saudi Arabia aggressively cut the relative price at which it sells its crude by the most in at least 20 years.

Traders are trying to use the 2014-15 collapse as a blueprint. Still, today it's worse as the prognosis for oil markets culminates with the significant breakdown in oil demand due to the coronavirus. But the markets are finding a bit of support in Asia and there are a couple of reasons why.

China's case counts are dropping and people are slowly coming back to work. But there's also some noticeable price front running in early Asia after President Xi Jinping's visit to Wuhan; traders are viewing this as a signal that the mother of all stimulus programs could be announced soon. My working theory has always been that fiscal stimulus will come after things get better in China because there’s no point stimulating an economy when nobody is at work. With everyone back to work, the time is about right for the Beijing Bazooka.

In additiona, China's demand is recovering as Teapots are finally ramping up production in consort with the restrictions on transportation and travel.

I’m extremely confused by the price action in gold, but looking at the straining cross asset price action, where both stocks and bonds are trading poorly, it's signaling a liquidity issue. To which I assume, as in similar fashion to sudden gold market sell-offs during the great GFC, funds are selling gold to raise cash.

The non-price-sensitive speculators in New York continue to pound the Australian dollar lower, likely triggered by yesterday's 3.5+ standard deviation drop on Australian equities as the energy resource sectors came under the cosh.

If you're playing reversion trade on an anticipated China stimulus package, trade lightly today and buy Aussie after the NY close if you’re looking to layer in as the latest algo sellers in NY are price agnostic.

The ECB meeting is too complicated to analyze. There are so many moving parts. In a world where everyone is cutting at the same time, do rate cuts matter for the currency?

Lower for longer oil prices will continue to stress the Ringgit and if the expected liquidity crunch unfolds in the US market, with everyone tapping their credit lines at the same time and showing up to ATMs en masse, look for USD funding squeeze to dissuade investors adding risk, buying the Ringgit and triggering an exodus from local equity and bond markets.

Yesterday the KRW curve collapsed. There’s been keen selling KWR interest from locals funding USD, and foreigners were selling local equities and custodians lose USD deposits, as well as USD demand for quarter-end funding, which has taken 1m lower in a panicky fashion.