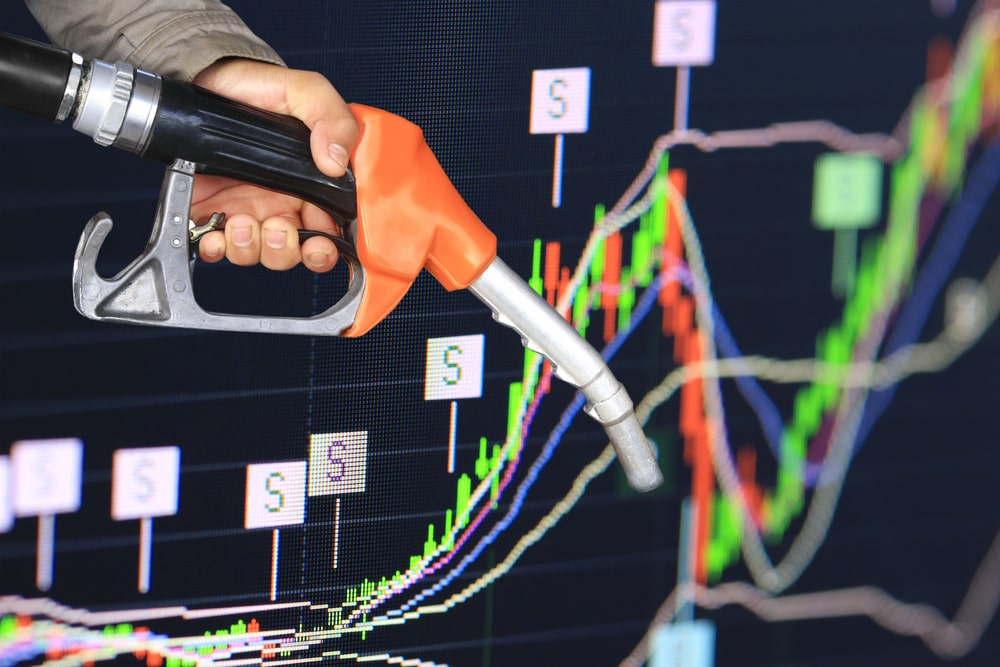 Better market sentiment eventually won out in US equities overnight with the S&P500 closing almost 5% higher after a volatile session that saw the index in the red at one point. And after substantial recovery in oil, prices are up ~10% over the past 24 hours after the historical declines were seen Monday. US 10Y treasury yields have also risen, up 25bps to 0.79%.

But with White House headlines driving the bus, this thing could flip on a dime as we've had many failures to communicate with this administration; fingers crossed they don't mess this one up big time.

Expectations for a "major" fiscal stimulus package by the US government have underpinned sentiment ­– even if the volatility suggests the market still needs a bit of coaxing. Indeed, investors were in desperate need of leadership from policymakers'; central banks can do their bit, but in times of viral cataclysm it's governments that must be seen as being in charge of proceedings. US President Trump's actions evidenced how little it takes for markets to respond favorably.

In the early stages of a fiscal response, an expression of dogged determination to do by any means necessary can be a game-changer. In a later stage, however, discernment will be based on the quality and how rapidly measures are rolled out.

Although there remains a lot of uncertainty and pessimism in the market, traders are flourishing in this environment as the big swing moves are a recipe for fast money, given the linear smorgasbord of risk on/off trades available in the market.

Oil investors are taking comfort and prices are finding support from the White House administration’s plans for economic stimulus, plus a slowdown of new Covid-19 cases in both China and Korea. The virus outbreak in China looks increasingly to have come under control, while the drop in case counts in Korea – the best proxy case study for investors – is providing a light at the end of the Covid-19 tunnel. As Korea sees off the virus, markets will assume aggressive quarantining in countries with advanced medical care will follow suit.

The good news is that oil markets already appear to be pricing in the rapid return of Asia oil demand. While we should expect volatility that could even briefly punish oil into the upper $20/b range, with the fiscal taps expected to open wide on a global manner, oil prices could find support. They may even continue to claw back lost ground when those fiscal pumps actuate.

The overnight bounce also demonstrates there’s already some awareness that markets may have been too quick to price in a worst-case supply scenario for oil.

The bad news is that there no end in sight to Saudi Arabian and Russian squabbling. However, OPEC members have been quick to remind market participants that backroom channels remain open. But if both colossal oil-producing nations are determined to take this fight "the championship distance”, it’ll be bad news for oil bulls. Reports overnight that Saudi Arabia is committing to supply 12.3mb/d of crude in April (around 2.8mb/d above their current production level) suggests any prospect that relies on cooperation from the Saudis seems unlikely in the near term, while other press reports suggest Rosneft could raise production by 300kb/d very quickly from 1 April, suggesting Russia is also digging in for the long haul.

Failing an exogenous supply shock, I see two possible upside scenarios from here: 1) Russia and Saudi Arabia could resolve their differences, paving the way for a return of the OPEC+ agreement and coordinated supply cuts to support the oil price, or 2) Saudi Arabia and the rest of OPEC could decide to go it alone and collectively do what they can to help oil prices.

Despite the sizeable crude build, as reported in the API survey, oil prices have held up as the White House continues to fortify the cracks with a mega stimulus package.

The once-in-a-generation supply/demand shock in oil has temporarily diverted cross-asset market makers’ attention away from gold. It feels like the broader commodity complex has bedewed the price action but, so far, deeper dips to $1,640 are currently well supported. Negative real rates and the sticky nature of the gold buyer propensity could offer up a primary level of support.

Still, it's far from a one-way street amid newfound USD demand as confidence remains shattered after failing to take out $1,700 when the gold stars were aligned. And gold could fall much more if Covid-19 case counts continue to fall in Asia and the incidents in Europe stabilize, which could trigger a cheapening of the global yield curve (price decreased yield goes up) and green light risk sentiment.

I also expect more opportunistic producer hedging at these levels; interest out of South Africa remains heavy, which continues to cap upticks.

If you follow my blog, you know I'm a regular buyer of RCM one ounce bars, but with Bangkok awash with scrap, given the XAUTHB elevated level, I don't leave home without my gold testing kit these days as I can buy scrap 96-99% pure at $50-100 below spot yesterday. This could be taking some physical demand away from the market, given Asia is awash with scrap, and smelters are doing vibrant business these days while offering jeweller demand at a discount to spot. Indeed, the essence of gold is all about the supply and demand curve.

Despite rising fears of a global recession and credit crisis spurred by bankruptcies in energy, tourism, airlines and other industries, the trading equation is getting more complicated. Over the last 24 hours we’ve had a ton of policymaker noise.

President Trump's seeming denial of the coronavirus crisis has unquestionably been a significant factor driving flows over recent weeks. Investors started to price in ever worse pandemic outcomes, the longer credible response was absent. The ultimate game-changer came about on Monday when there were the first indications that the White House might change tack and markets immediately responded positively. Trump said that on Tuesday afternoon he would announce “very dramatic” actions to support the economy with “major” steps to get “very substantial relief” for businesses and individuals. It's great for the USD when the President has the US markets’ back.

The Euro fall is not merely a position reduction move ahead of the ECB, although that notion provided to be an extremely timely inflection for those that cut on the EURUSD surge to 1.1470-1.500 (my target zone entering the week). The move higher in EURUSD was all about the Fed cutting rates – likely down to zero, possibly as soon as next week – with the ECB unable to match the moves.

Because monetary policy cannot backstop a coronavirus-driven economic hit, equity and fixed income markets panicked regardless. Once fiscal policy measures are being taken, they’ll become a driver of relative market performance. With the White House administration leading by example, US exceptionalism will without any time. As long as the European policy response remains underwhelming, EURUSD might not move much beyond 1.1500.

Equity futures are a fair bit off the lows and USDJPY has moved above 105 as a consequence of risk turning on. And while the critical risk marker has been subject to express elevator rides in both directions, the thought of fiscal action by the US and Japan in a coordinated fashion does hint that the US treasury is willing to overlook a Tokyo policy influenced marginal cheapening in the Yen for the betterment of global trade and investor sentiment.

Traders will take some comfort in the White House’s fiscal policy-inspired rebound in the commodity markets that saw oil prices claw back a chunk of Monday’s losses. The problem for trading Asia FX is how will lower US interest, but weaker growth in China, impact currency sentiment. So, we could be back to growth vs differentials; in my model, the three-month growth outlooks win out every time with global interest rates so low (high yielder strategies aside).

In stock markets flow, Asia’s “too big to miss” optimism continues to resonate to a degree amid the genesis of rapidly falling regional rates, and the prospect of a stable and even more robust RMB does flicker the green light on Asia FX during pullbacks. However, growth risks suggest that chasing a local currency rally is but a mug's game until the economic data definitively pivots.

With the market in a dollar buying frame of mind, there’ll be some spots to pick on a pullback to 6.97 USDCNH while the Ringgit may look attractive if you think the oil market rebound will stick. The Ringgit could be a stable beta to bullish oil trade in the making.