Home / Blog / Market Analysis / Will the US employment report be the classic case of ‘bad news equals good news’?

Will the US employment report be the classic case of ‘bad news equals good news’?

The monthly economic calendar is typically full of key events, but one is always keenly circled in red by investors around the globe – US Non-Farm Payrolls (NFP). The latest installment of this eagerly awaited employment report from the world’s largest economy is due on Friday this week (08:30 New York time), and with so much talk over the course of future interest rates permeating the market, this upcoming release could add further spice to what is already a very lively and volatile trading environment.

Recent weeks have seen global equities in sell-off mode, with much of the selling instigated by fears over a realisation over rising US interest rates and the knock-on effects this will have on company profits and the broader economy. Of course, there are also other reasons for the jitters in financial markets, such as the US and China trade war as well as geopolitical concerns. But it is Monetary Policy concerns which have been the constant drag on markets over the last month, particularly with Federal Reserve Chairman Jerome Powell having signalled to markets that a return to the neutral rate (or even above) is just around the corner.

So, what to look for this Friday when the numbers are released?

Well, firstly it’s worth looking back at what happened last time around, because the September employment data (released in the first week of October) was a reminder of how multi-layered this economic release is. The headline number was a miss, with 134k jobs created verses the 185k that was expected. However, this disappointment was offset by two things. The first being that the unemployment level dropped to 3.7%, (the lowest since 1969) and the second being that the August jobs number was revised significantly higher from 201k to 270k. Additionally, it is generally agreed that the miss on the headline number for October was due in no small part to the effects of Hurricane Florence. All things considered, the data for September was positive and therefore justification for the hawkish US interest rate outlook. The moral of the story is that when assessing whether the NFP numbers are a ‘hit’ or a ‘miss’, we need to look at these three key layers of the release, those being the current month’s number, the current month’s unemployment rate and any revisions upwards or downwards to the previous months data – in order to look at the full picture. 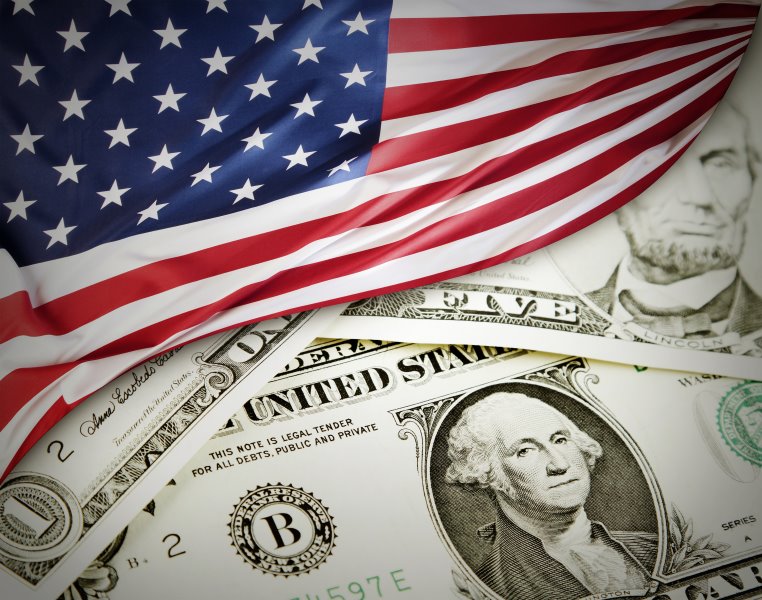 What’s likely in store for the US employment report this time around?

For the upcoming numbers this Friday, the consensus forecast is for 190k jobs to have been added, with the unemployment rate expected to hold steady at 3.7%. Without access to a crystal ball, it’s difficult to say in advance what the exact numbers will be, but certainly one possibility may be a bounce-back of sorts from the underwhelming headline number last month. However, if we get a significant miss on this number for the second month in a row, traders may not be so forgiving this time around.

But here’s where it gets interesting. If we do see a downside miss on the jobs created for October, will this be one of those counterintuitive cases where ‘bad news is good news’? If we see weakness in the employment report, this could in fact boost market sentiment in the sense that a softening employment picture would give the Federal Reserve Reason to be more cautious with their expected pace of interest rate hikes for 2019. Global investors are still none too happy with the prospects of dealing with substantially tighter Monetary Policy conditions going forward, as the recent spate of selling in risk assets bears witness to. So, it’s not beyond the realms of possibility that a weak Non-Farm Payrolls figure could act as a boon for the market, if the data is seen as perhaps causing the Fed to alter its apparent aggressive stance on interest rates.

Another possibility is that we see a bounce-back in the jobs numbers (as I alluded to earlier), which could see the job creation number come in somewhere above the 200k mark. This scenario really wouldn’t be that much of a surprise, given the strong upward revision we saw to the August numbers, as well as the fact that the average job creation number for the last six months is 203k. If we do see a print in the employment report north of the 200k level, this would basically just solidify market expectations for three, and possibly even four, rate hikes to come in 2019 and as such I don’t think we would be seeing much jubilation from a market which is already in a sense dreading the prospect of tighter Monetary conditions.

One line of the upcoming US employment report that traders will be keenly paying attention to is the change in Average Hourly Wages. Up until now, inflationary pressures in the US have been reasonably restrained in the context of the current cycle of economic expansion. But if we start seeing a pattern of increased wage growth then this could really dim the mood of Wall Street even further, in that such inflationary pressures may force the Fed’s hand when it comes to the pace of interest rate hikes.

So, in summary, as is the case with most US data releases these days, it’s all about The Fed (The US Federal Reserve). Traders will be looking at the results of the upcoming US jobs report through the prism of the interest rate outlook for 2019 and beyond. An expectation-beating report would again stoke fears that the Federal Reserve will be raising rates at a pace faster than global markets would like, while conversely if the job creation data comes in on the low side then this may give financials markets some much needed breathing space in the hopes that a softer labour market will curtail some of the central bank’s hawkish leanings on Monetary Policy.

The monthly release of the Non-Farm Payrolls is rarely if ever a full moment, and I expect that Friday’s data release will be no different, particularly considering the heightened sensitivity around the Federal Reserve’s anticipated pace of interest rate hikes. Bond price action as well as that of the greenback in the wake of the release will be good early indicators of how the market sees the resulting interest rate picture.

Markets Outlook: Is the US once again the only game in town?

US payroll data points to an inflexion in the labour market; Is the US of A back to being the only game in town?