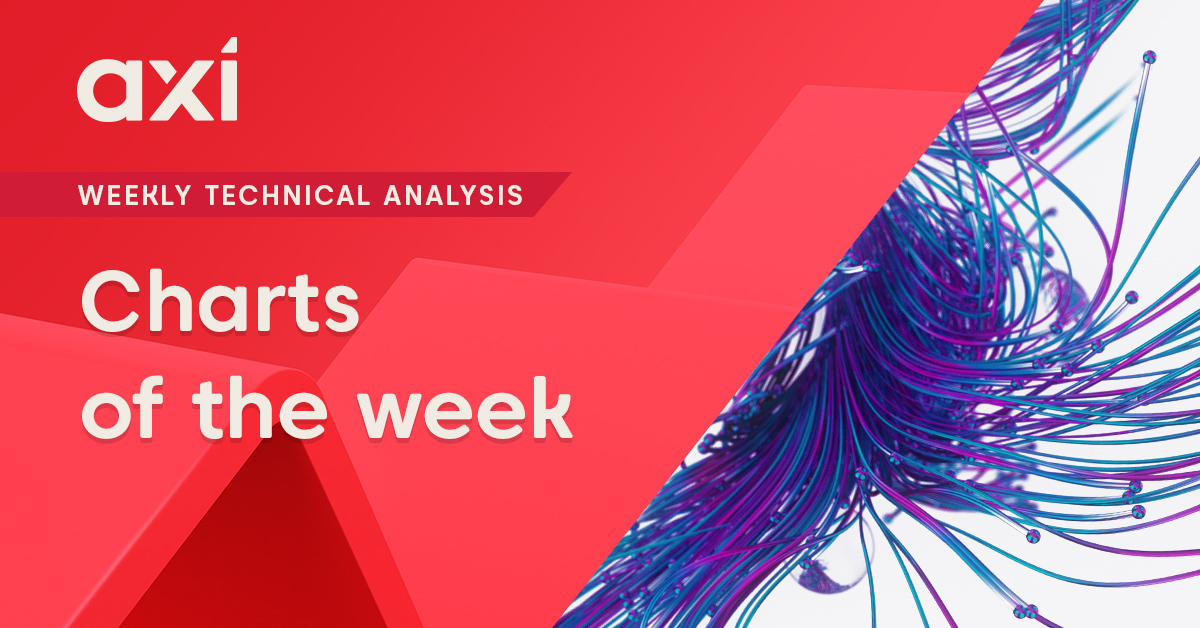 In this edition of "Charts of the Week", we will focus on the two major currency pairs – GBP/USD and USD/JPY, which have both been under pressure recently, as well as the outlook for USOIL and Copper. Two metals to keep an eye on are Gold and Platinum - with both on the verge of a major breakout to the upside.

The British Pound has been one of the top performing currencies in recent months, but a reversal of fortune is becoming more likely amid crowded GBP long positioning. The short squeeze sent the currency tumbling, and EUR/GBP is approaching a significant resistance level following a three-day winning streak. A clear break above this level would pave the way for a continuation of the recovery rally towards the 200 DMA around 0.8930. Given the broad USD weakness, traders are finding EUR/GBP are more interesting currency pair to play the Pound´s weakness.

Fairly strong risk appetite doesn´t make the Japanese Yen the most attractive currency at the moment, but there is potential for a short squeeze due to extended positioning and the charts hinting at oversold conditions. USD/JPY failed to reach the 111.00 resistance level, and a break below the 23.6 % Fibonacci (January-March rally) seems increasingly likely. With negative momentum building, a continuation of the reversal towards 106.80 should not be ruled out. There, the currency pair is likely to find significant support and buyers will return in larger numbers.

Following a stellar performance in 2020, Gold prices have been struggling lately. However, the outlook for Gold is looking a little bit brighter following a potential double bottom formation at $1680 support and a recovery rally that led to a test of the key $1756-64 resistance area. The double bottom is a charting pattern that is signaling a price reversal - and a potential bullish signal is given when the confirmation line is crossed to the upside. Should the precious metal manage to clear this major obstacle, a continuation of the rally towards $1850 (near the 61.8 % Fibonacci of the January-March decline and 200 DMA) appears likely.

While not as popular as Gold, Platinum is another metal to keep an eye on. The uptrend remains intact and the XPT was spared from a major sell-off. It is now testing a major resistance level around $1237 - a hurdle it failed already in March. With the weakening Dollar and metals picking up momentum, the odds of an upside breakout have improved, and XPT/USD could soon be testing the February high. To the downside, keep an eye on the rising trendline from the January low.

USOIL has moved into a consolidation phase. OPEC and its allies have agreed to ease output cuts, which put oil prices under pressure. On the other hand, rising growth expectations have prevented a deeper correction. Volatility is likely to return in the near-term, and traders are keeping a close eye on the support zone between $57.00 and $57.20 as well as resistance at $62.20/35. A break to the downside could trigger further position covering from speculators. While positioning is no longer at extreme levels, bullish long positions are still outnumbering bearish ones by far. The next significant level of support would then lie at $51.70.

Copper is still struggling to find a direction following an impressive rally at the beginning of the year, and a narrowing consolidation is taking the shape of a triangle. The Daily RSI is showing that Copper is no longer in overbought territory, and the overall uptrend remains intact. A break to the upside could pave the way for a retest of the 2021 high at 4.37.

Charts Of The Week: Focus on the FOMC

With all eyes on the FOMC where no rate change is expected, traders and investors consider what the Fed’s stance will mean for markets

With the major highlight of the new trading week being Wednesday’s FOMC meeting, we analyse the expected outcomes and what they mean for markets