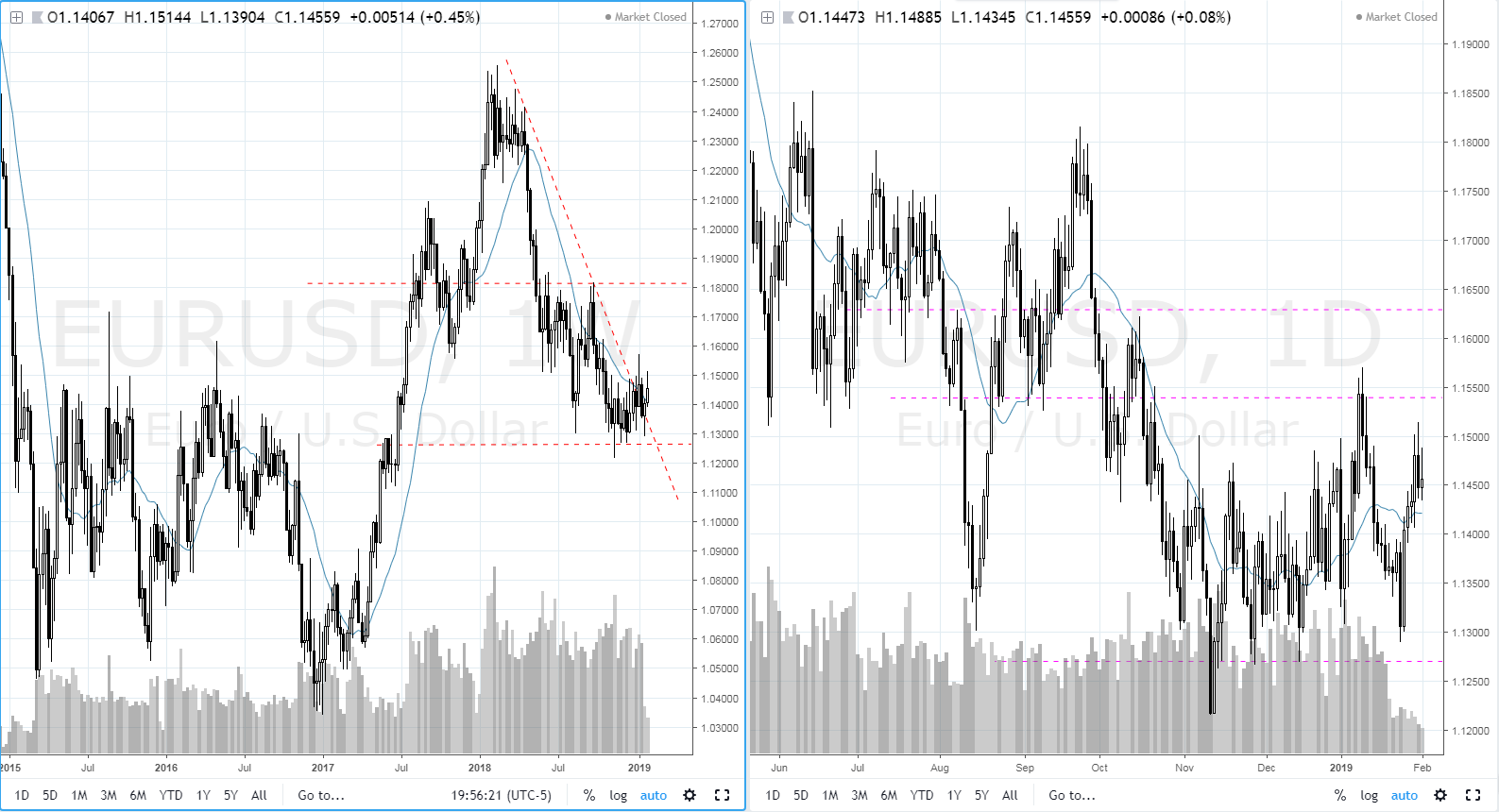 USD-dynamics will drive sentiments on the pair in the very near term, showing some upside potential in response to the now neutral stance from the Federal Reserve. However, geopolitical issues in the Euro region including EU parliamentary elections coming up in May will potentially weigh on EUR/USD in the coming months. The current price structure is slightly bullish, and the price has to break above 1.16 for a smooth bullish run to the target level of 1.18. However, bearishness may set in if the support at 1.13 fails to hold. 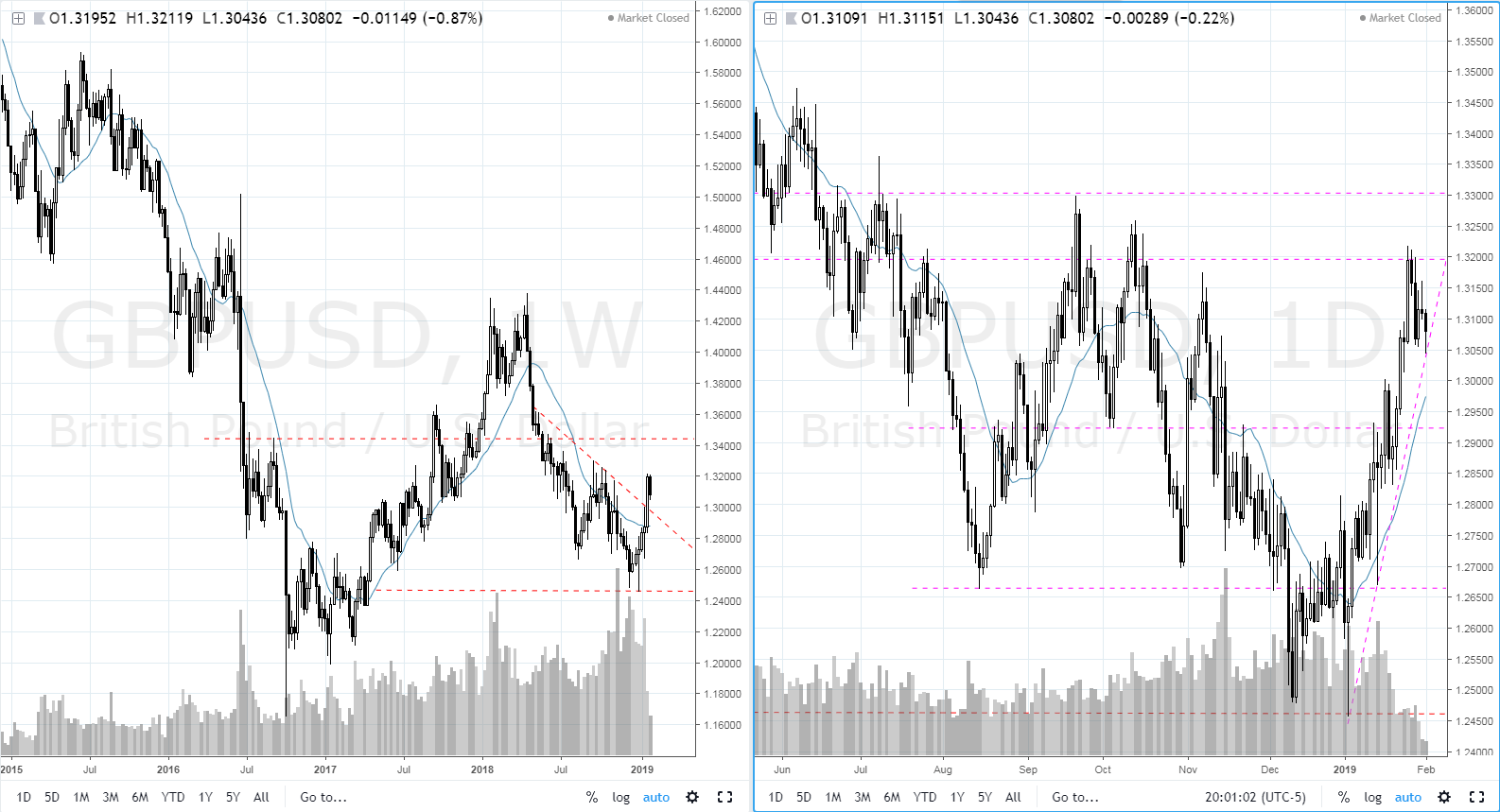 Brexit is the most dominating theme for UK assets and will continue to remain as such, with uncertainty likely to continue. The currency pair is ranging between 1.303 and 1.32 level and was not able to reach 1.33 yet. Volume is getting thinner and upward momentum is getting weaker. However, this week’s candle is an inside bar of the prior week. From daily timeframe perspective, the bullish trend line also supporting the price well from Friday closed at 1.304 level. The pair is consolidating around 1.32 zone amid growing Brexit uncertainty. Therefore, significant surprises will be needed to make a splash on the pair. 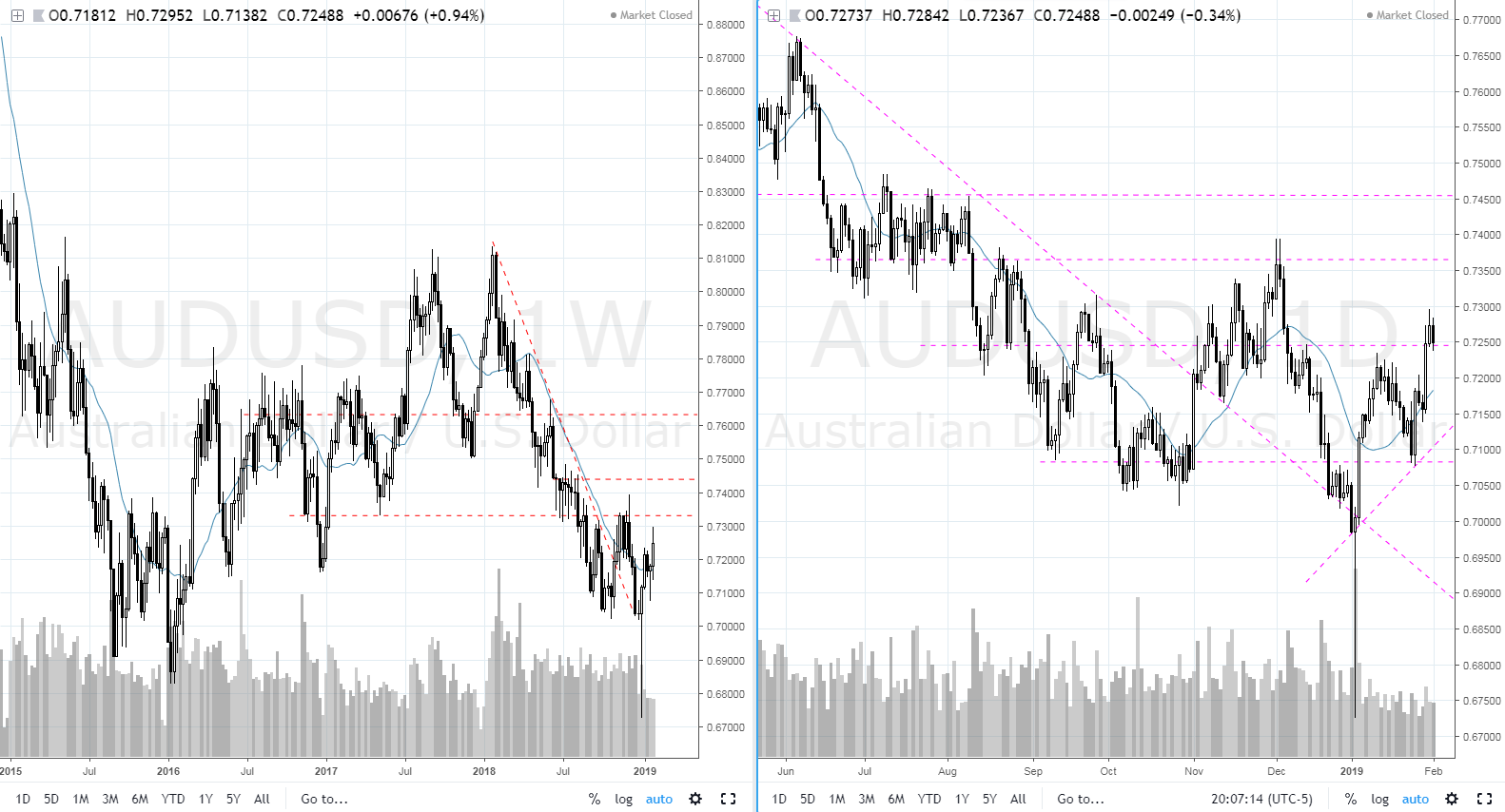 The pair closed with a bullish stance in the weekly chart and needed more strength to overcome a few overhead resistance levels for a firm bull trend to be established. On the daily timeframe, Friday’s pullback closed with some volume at a support level of 0.725.  The upside momentum seems limited as this week, there is an interest rate decision by RBA which may make life tougher for the Aussies. However, it could also continue on a break out above 0.73x and easily add some 100 more pips first before retesting its next resistance. 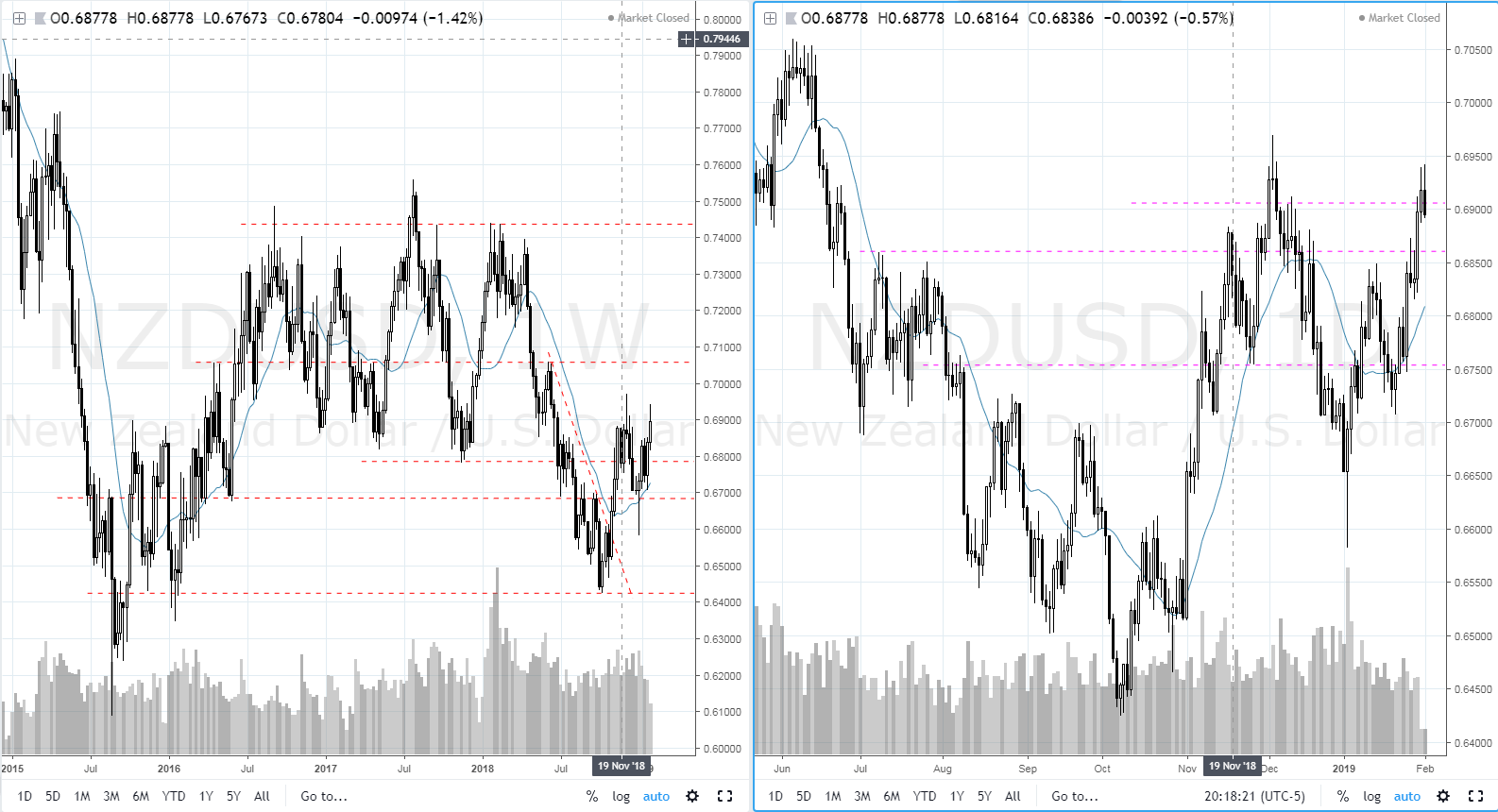 The currency pair is poised to challenge the December’s swing high at 0.67178 after punching through resistance in the 0.6849-90 area. If the upside momentum continues with strength, there is high probability it could break through the 0.700-0.705 area. The current price is just an inch below that area which closed at 0.68950 for the week. The volume is slowing down, and price action depicts an uptick strength for the coming week if current momentum continues. 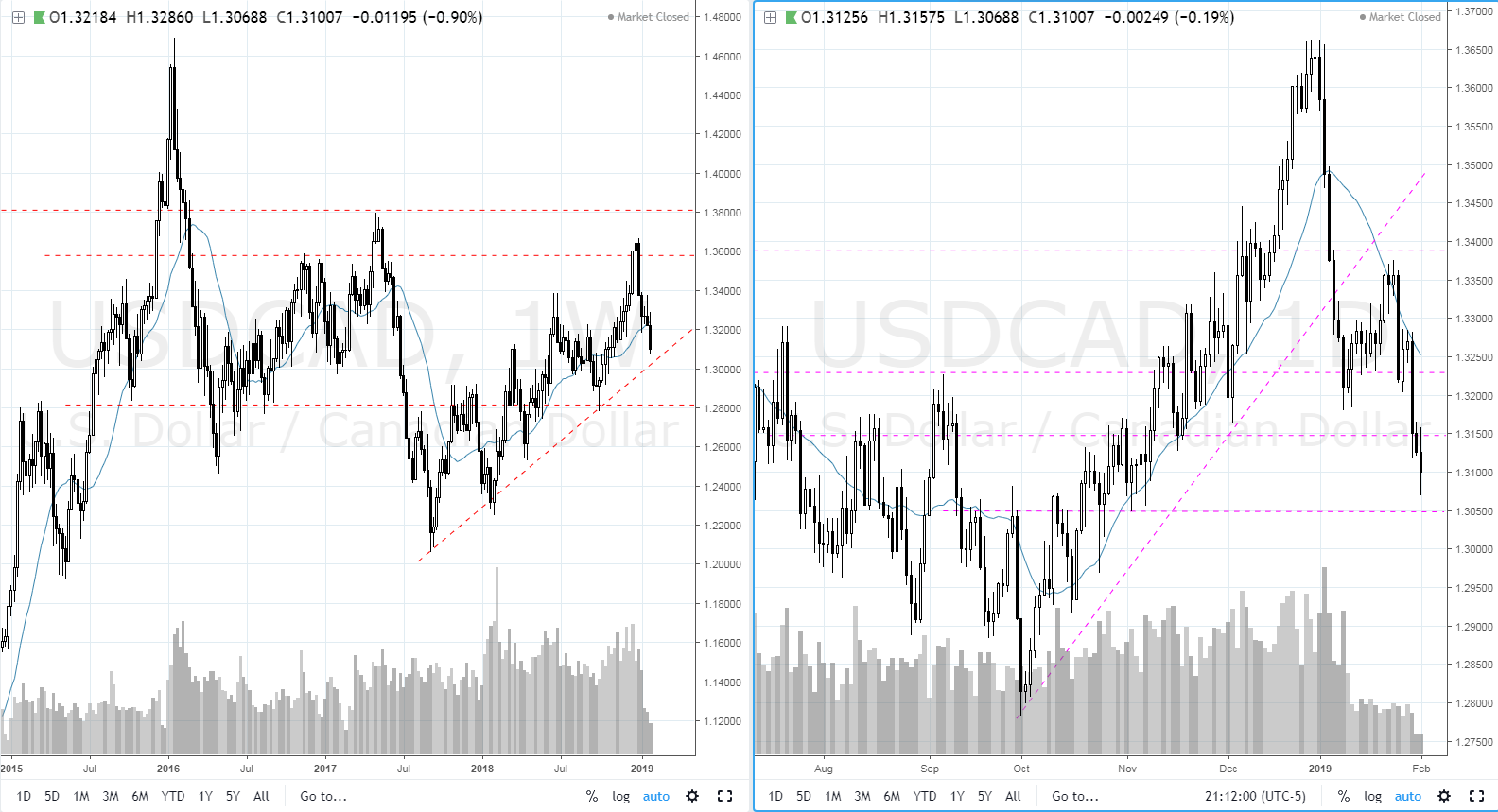 Crude oil hit a fresh peak in January after it closed for the week, while the USD/CAD pair fell sharply on Friday and was down by 0.90% by the end of the week. Crude oil is reasserting itself as the main driver of the Loonie. Next support level is at level 1.305, and it will need to break below weekly trendline for more bearishness. 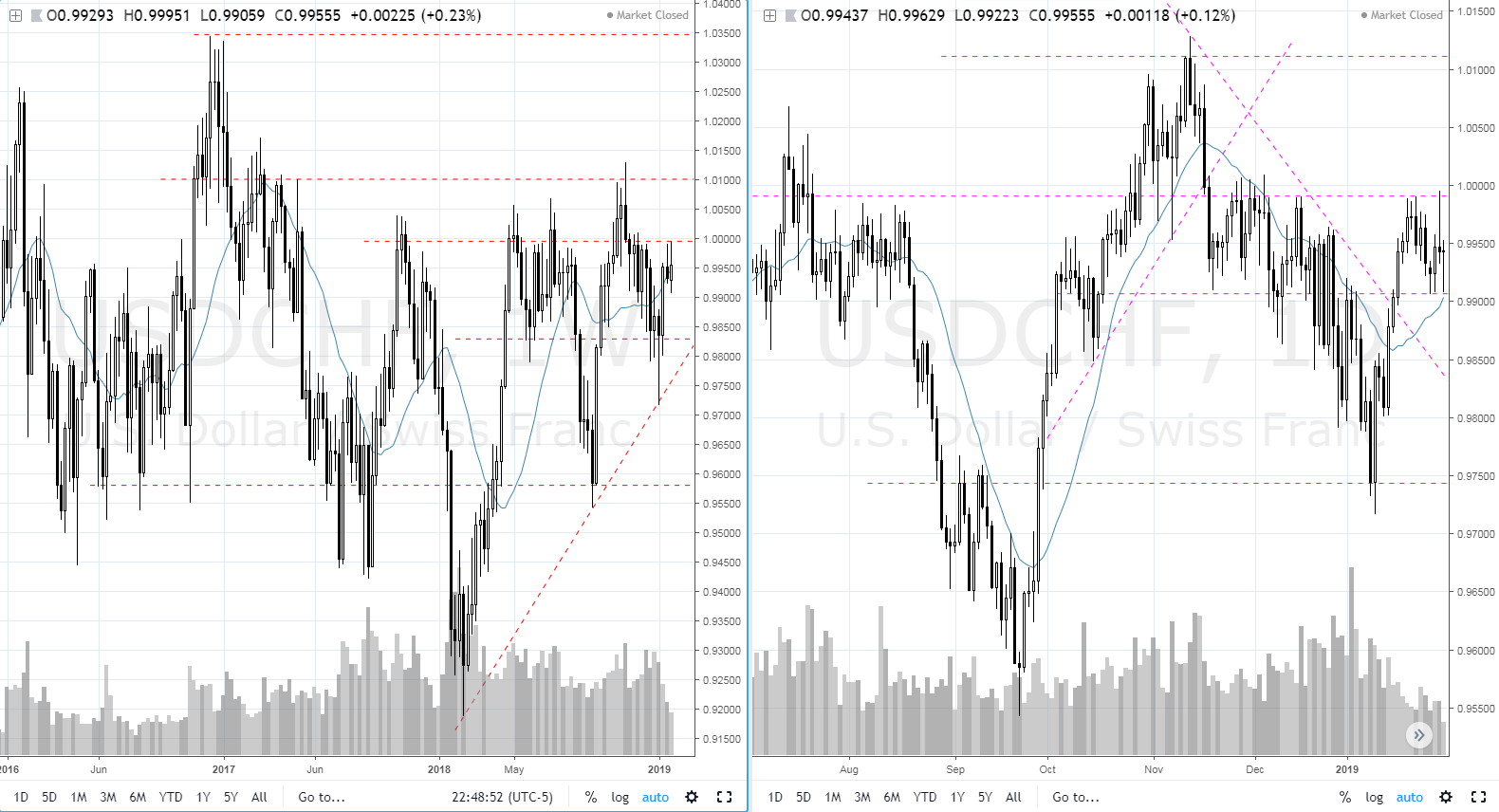 The pair has been trading sideways within the range between 0.9906 and 0.9995 since January. We would prefer to see a decisive break below 0.991 before we can be confident of the pair’s downside exit of the range. On the upside, we would like to see a break above 0.999 zones with incremental volume to boost its upward momentum. 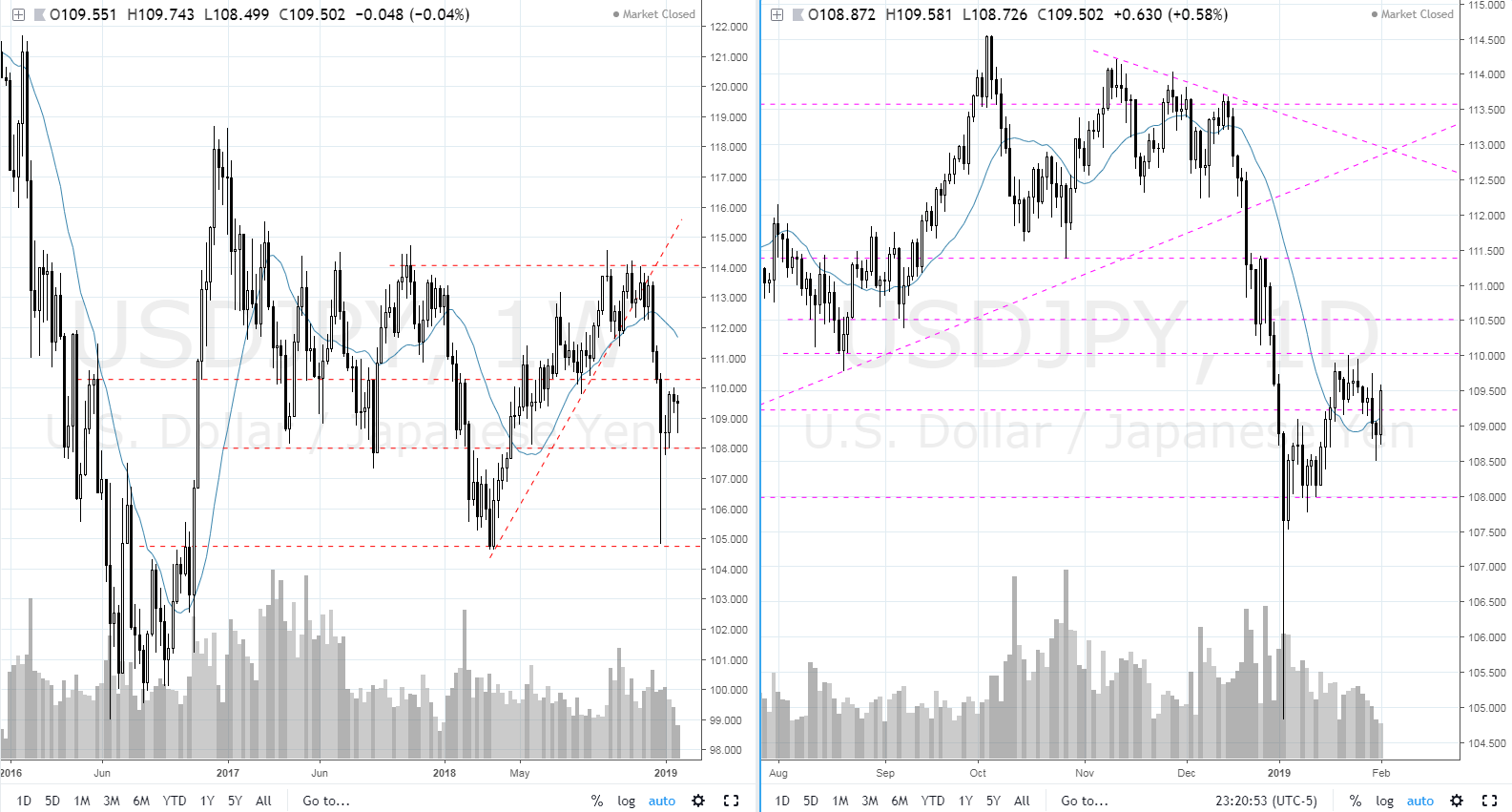 Overall upbeat US data is cracking key barriers and on track to complete a reversal pattern after the FOMC and NFP data were released last week. The bull signal is forming and had closely above 109.5 for the week and re-exposed the key 110.0 barriers for the next trading week. On the downside, it has to break 108.0 level strongly to drive it lower. If the data fails to preserve the market’s confidence on current momentum, there will be less participation from market players as they may sit on the fence while waiting for clearer direction. This will cause the price to range between 108 – 110 for a short while till some exciting news act as a catalyst to drive the prices.