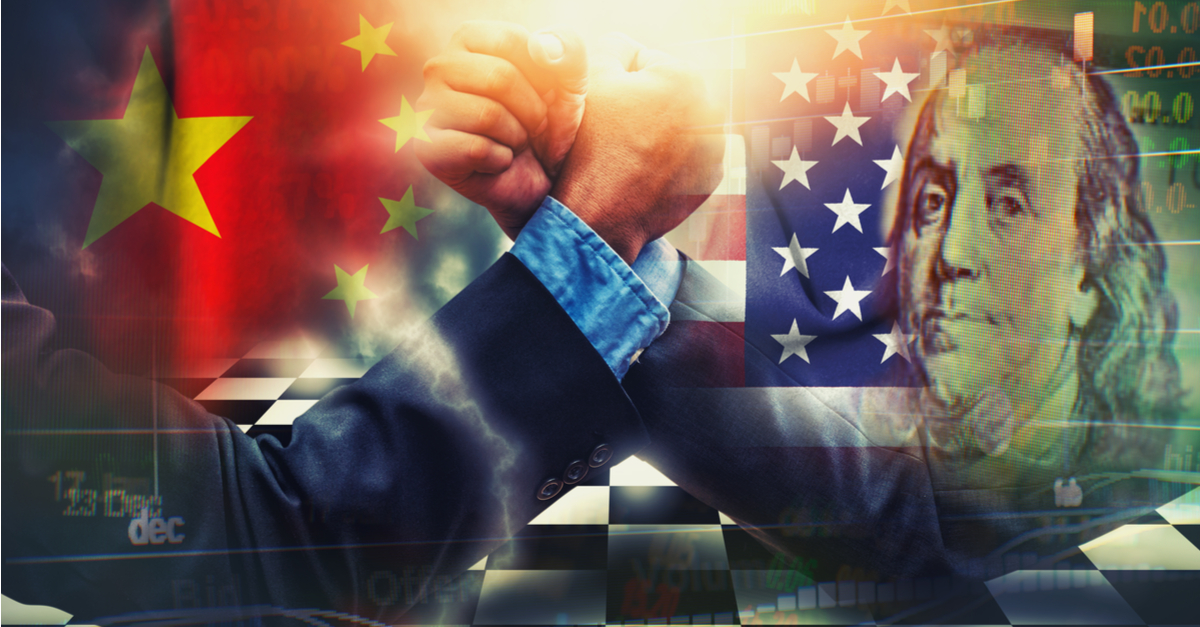 Though there’s a lack of detail over the next steps for U.S.-China talks, many were surprised by Trump’s decision to allow Huawei Technologies Co. to buy some products from U.S. suppliers -- a move that may become clearer when the Commerce Department meet this week. In perspective of Huawei issue, G20 results are better than what the market expected. Existing tariffs will be maintained, and Trump said after the G-20 meeting that the course of the trade negotiation will determine if more or less duties are needed. However, the upside remains limited as the key issue of IP and enforced technology transfers has not been solved yet.

USD was relieved on the trade war ceasefire, and the focus for this week will go back to US data. This Friday will see the release of NF payroll. We expect for payrolls to bounce to 150k in June, following the below-expectations 75k May print. Employment in the goods sector should remain soft, while we look for a modest rebound in the services sector. The household survey should show that the unemployment rate remained steady at 3.6%, while wages are expected to rise 0.3% (3.2% y/y) on the back of a favorable reference week.

So far in June, US confidence surveys have weakened a lot but hard data (durable goods orders & personal spending) suggests that the economy is weathering risks in decent shape. Certainly, confidence gauges will recover somewhere in July after the easing in US-China trade tensions. If the data cements that picture in July, it’s not clear whether the Fed will cut at all July 31; they may well prefer to “closely monitor” for another month. USD would tick higher if the market is seeing a lower chance of rate cut.

Increasing risks of a no-deal Brexit weigh on the currency as top contenders for the next Prime Minister position, Jeremy Hunt and Boris Johnson harden their stance on delivering Brexit with or without a deal. A Jeremy Hunt government would set aside 6 billion pound emergency budget to cut taxes to mitigate consequences of a no-deal Brexit while Boris Johnson echoed his "do or die" view earlier last week.

Economists have warned of the implications under a no-deal scenario which could lead to tariffs and trade restrictions imposed on between EU and UK, leading to a deep recession in Britain. While the BOE previously hinted at the possibility of a rate hike if Brexit goes smoothly, BOE governor, Mark Carney acknowledged the "natural tension" between its assumption of a smooth Brexit and market speculation of a potential no-deal in comments to a parliamentary committee on Wednesday. He said that the central bank would switch policy if the government did. On the data front, we will be watching closely for the Manufacturing, Construction and Services PMI where falling short of estimates could put the currency under further pressure.

GBPUSD is right below 1st resistance at 1.2752 which is a swing high resistance and 38.2% Fibonacci retracement. The next resistance is at 1.2872. It is worth noting that Stochastic is approaching 94% resistance too.

Risk sentiment lifted as a result of a trade truce between US and China in the G20 meeting, providing some support for the EUR. That said, it is likely to be short-lived as risks of auto tariffs previously threatened by Trump is still present with both parties not being able to resolve their differences in their agriculture row. Trump has been insistent on EU opening their markets to US farmers while Brussels refuses to include agriculture as part of the trade negotiation and indicated that they will suspend trade negotiations if Trump imposes tariffs.

Elsewhere, the currency extends its decline on weak Germany's consumer confidence and Spain's CPI data and pressure for ECB to slash interest rates mounts. While ECB president Mario Draghi reassured investors of additional monetary stimulus if outlook does not improve, citing a large-scale purchase of government bonds as one option, the 2.6 trillion existing purchases limit the amount of bonds ECB can take up further while adhering to their self imposed limits. On the data front, investors will also be watching closely for the PMI, unemployment rate and retail sales data where a poor performance could put the currency under further pressure.

AxiTrader allows you to trade the Euro against the US Dollar (EURUSD) as a CFD. Open an account here.

Market turns risk-on after the trade talk progress made on Saturday. Presidents Trump and Xi agreed to resume trade talks, averting the near term risk of a damaging escalation. In the same vein, Trump visited North Korea. After meeting Kim Jong-un, both countries agreed to set up teams to resume stalled nuclear talks. Treasuries, gold and the yen declined. Asian stocks jumped and U.S. equity market futures climbed as much as 1.1%

However, the upside remains limited as the key issues of IP and enforced technology transfers are not solved yet. The lift of restrictions on Huawei is not fully confirmed yet. Trump’s decided to allow Huawei Technologies Co. to buy some products from U.S. suppliers -- a move that may become clearer when the Commerce Department meets this week. There are 2 possibilities: JPY is likely to tick higher as investors await more clarity of Huawei and the trade war truce. Alternatively, JPY is likely to tick lower amid the growing risk-on sentiment as investors closely watch for progress on the trade talks.

USDJPY is seeing 1st resistance at 108.98 area which is a Fibonacci retracement and horizontal overlap area. It is worth noting that price is also in a bearish descending channel. Stochastic is approaching major resistance at 95% too.

AxiTrader allows you to trade the US Dollar against the Japanese Yen (USDJPY) as a CFD. Open an account here.

Commodity currencies were lifted greatly after the US and China finally shook their hands at the end of G20 and agreed to put a halt on further trade war by restarting the negotiations. Notable points were the US President Donald Trump’s likely willingness to release some pressure off China’s Huawei and stop levying further tariffs in return for higher farm imports from the dragon nation.

AUD, a proxy for risk and China-related news- gained as much as 0.2% afte the G-20 meeting. However, this morning, the AUD weakened as China's PMI results disappoints. China’s June Caixin manufacturing PMI came in at 49.4 vs. 50.0 expected and 50.2 last, as modest fall in new work dragged production into contraction. On Sunday, the PMI for China’s manufacturing sector arrived at 49.4 in June, the same as that seen in May. “June data highlighted a challenging month for Chinese manufacturers, with trade tensions reportedly causing renewed declines in total sales, export orders and production. Companies responded by reducing headcounts further and making fewer purchases of raw materials and semi-finished items. At the same time, selling prices were raised following another increase in input costs, though rates of inflation were negligible. Business sentiment was broadly neutral at the end of the second quarter, with firms mainly concerned about the US-China trade dispute."

This week sees an important week for the AUD as the RBA releases their rate decision tomorrow which is likely to hold steady for now. However, any hint of further easing will likely pull the AUD down. Also up ahead is their building approvals and retail sales data.

Together with the AUD, NZD was lifted throughout the whole of last week on trade truce optimism and continued its ascend as the leaders of the world’s two largest economies shook hands at the end of G20, agreeing to put a halt on further trade war by restarting negotiations.

Despite popping up at the day-start, mainly based on the US-China trade headlines, the NZD failed to stretch earlier gains as RBNZ’s Deputy Governor Geoff Bascand highlights the scope for further easing in LVR if risks decline. Markets took his comments as a cautious statement highlighting risk sentiment. Along with AUD, NZD falls this morning after sluggish prints of China's Caixin PMI were released.

There are no major data release for the New Zealand this coming week. However, we would need to keep a close watch on Australia's data as the two currencies are closely linked.

NZDUSD is seeing major resistance around the 0.6721 area which is a 50% Fibonacci retracement and horizontal overlap resistance level. There is intermediate support at 0.6681 before the 1st support at 0.6604. Stochastic is correspondingly right at resistance at 95%.

CAD's GDP was released last Friday which came in better than expected at 0.3% compared to 0.2%, however an overall decrease from its previous reading of 0.5%. This helped lift the CAD significantly as easing talks are shut for now. Along with that, risk appetite increased over the week as positive trade news helped lift the risk-sentiment linked currency.

However, while the trade positive news should ideally help the CAD, a pullback of Canada’s largest export item crude weakened the Loonie. Crude prices fail to portray the trade ceasefire between the world’s two largest economies amid receding geopolitical tension between the US and Turkey, coupled with uncertainty surrounding the extension of the global production cut agreement between the OPEC and its allies. Additionally, sluggish prints of China’s PMI could also be cited as a reason for the CAD’s U-turn.

This week we look to see its Trade Balance and employment data for release.

USDCAD is right on major horizontal swing low support at 1.3069. The next support is at 1.2959 which is a 100% Fibonacci extension level. It is worth noting that USDCAD is under strong bearish pressure as seen in the Ichimoku cloud strength.