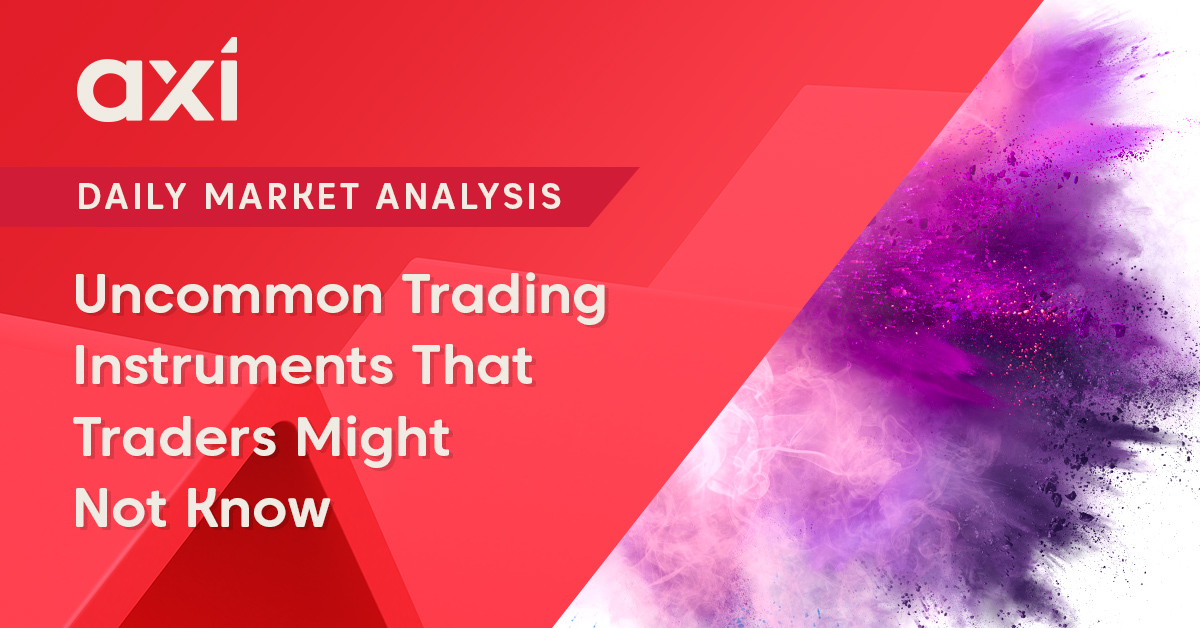 In trading, some of the most common instruments that traders will know of are the major currency pairs, gold, or oil. Recently, cryptocurrency has also been on everyone's minds. However, did you know that there are instruments that while might not have as much popularity, but are equally interesting for traders to know of? In this article, we will cover 4 instruments that are less commonly known to traders, which might pique their curiosity!
Turkish Lira
The Turkish Lira has been under significant pressure since the country´s central bank governor was fired a few days ago. The currency only started to recover from a long losing streak in November 2020, but those gains were erased within just one day. The downtrend is set to resume now, with further rate cuts likely in the near-term despite inflation running high, and increased concerns about the political drama over the best way to manage Turkey´s central bank.
Lira traders will already be used to highly volatile trading conditions. While the currency has weakened steadily against the US Dollar in the past few years, there have been several sharp reversals and given the current political situation and uncertainty, the calm after the storm might not arrive immediately.

USD/TRY jumped above the psychologically important 8.00 figure on Monday, and despite the currency pair looking a bit stretched, another run towards 8.50 appears to be just a matter of time. The Daily RSI is not signaling overbought conditions yet, and as long as the 200 DMA remains intact, TRY bears are clearly having the upper hand.

The Russian Ruble got a significant boost from the oil price rally, but the party might be over. Oil prices slumped recently, as traders are increasingly worried about the prolonged lockdowns and the effects it will have on the economic recovery and thus demand for the black gold. Furthermore, the rising US Dollar and crowded positioning are providing additional headwinds. Geopolitics could return to the fore as well, with US-Russia relations deteriorating.
USD/RUB traders are keeping a close eye on the resistance area between 76.35 and 76.50. A clear break above the latter level could pave the way for a continuation of the recovery towards 77.70. The RSI is not hinting at overbought conditions yet, signaling there might be further room to the upside from a technical perspective.

Copper had a phenomenal run in past 12 months, with the price of the commodity roughly doubling from the March 2020 low. Inflations fears have been fueling bullish bets in the commodities sector, and rising growth expectations have lifted risk appetite.

Some investors are anticipating the next commodity supercycle. A strong economic recovery in China after the GFC led to a massive Copper rally that lasted from 2009 to 2011. However, things are different this time. While China did manage to bounce back from the COVID-19 crisis quicker than any other major economy, China´s monetary policy is shifting more towards tightening and the strong Yuan is another issue.

From a technical perspective, traders will be keeping a close eye on the $3.85 support level, followed by the rising trendline from the March 2020 low and the 200 DMA around $2.90. The RSI is still signaling overbought conditions and that Copper might be due for a pullback.

While Wall Street recently celebrated another record high, Chinese markets have found themselves in subdued mood. Concerns about policy tightening and lofty valuations have led to a sell-off in early February, which has dragged the CN50 back below 17.000 points. The charts are hinting at a continued period of consolidation in the near-term, with the 200 DMA in focus, as well as the 50 % Fibo of the April 20 - January 21 rally around 16.040 points.

Charts Of The Week: Focus on the FOMC

With all eyes on the FOMC where no rate change is expected, traders and investors consider what the Fed’s stance will mean for markets

With the major highlight of the new trading week being Wednesday’s FOMC meeting, we analyse the expected outcomes and what they mean for markets