The rally in the Euro, which dragged the Aussie higher, yesterday made no sense given the preconditions which drove it higher were based on a face between the President and the duly constructed government which appeared to have a mandate to rule Italy.

That the Euro, and AUDUSD, reversed course is just another testament to the dangerous waters that exist on Mondays in Asia trade.

And that's not much of a move so I won't overegg it or waste your time pretending there was a big driver. There wasn't. It was simply that the USD was under pressure and then it reversed. Case closed.

But I want to reinforce what I suggested yesterday. That is, at the moment the Aussie dollar was a secondary consideration for forex traders.

But that doesn't mean there isn't an opportunity. Especially against the Euro.

Granted EURAUD is down significantly recently. But, now that Italian voters seem headed for a Euro showdown the Aussie is likely to improve against the single currency so EURAUD seems destined to head lower still. I've penciled in a move to 1.5223 perhaps even under 1.50. 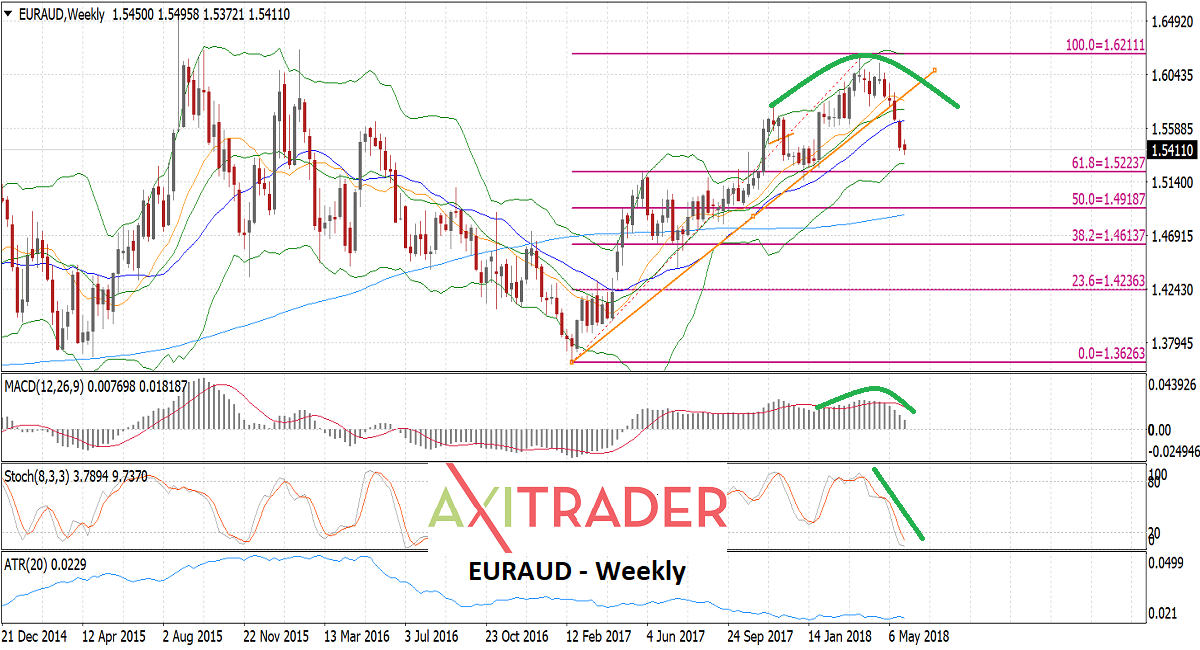 Against the USD the outlook is more uncertain though.

Much is baked into the cake for the Aussie dollar right now - interest rate differentials, commodity prices, the economic outlook, and investor risk sentiment. It almost completely missed the lift in metals and mining shares versus the overall MSCI global share index I was banging on about last week. So now that trend has reversed sharply it shouldn’t weigh too heavily on the Aussie.

Short term the range is still holding. But if it breaks then the Aussie is biased back toward 75 cents, then 0.7470/75. In the current atmosphere, I’d expected the Aussie to remain offered against the US dollar on any rally toward 7580 or 76 cents.

0.7533 is the bottom of this little up channel the Aussie has been in since the low earlier this month.