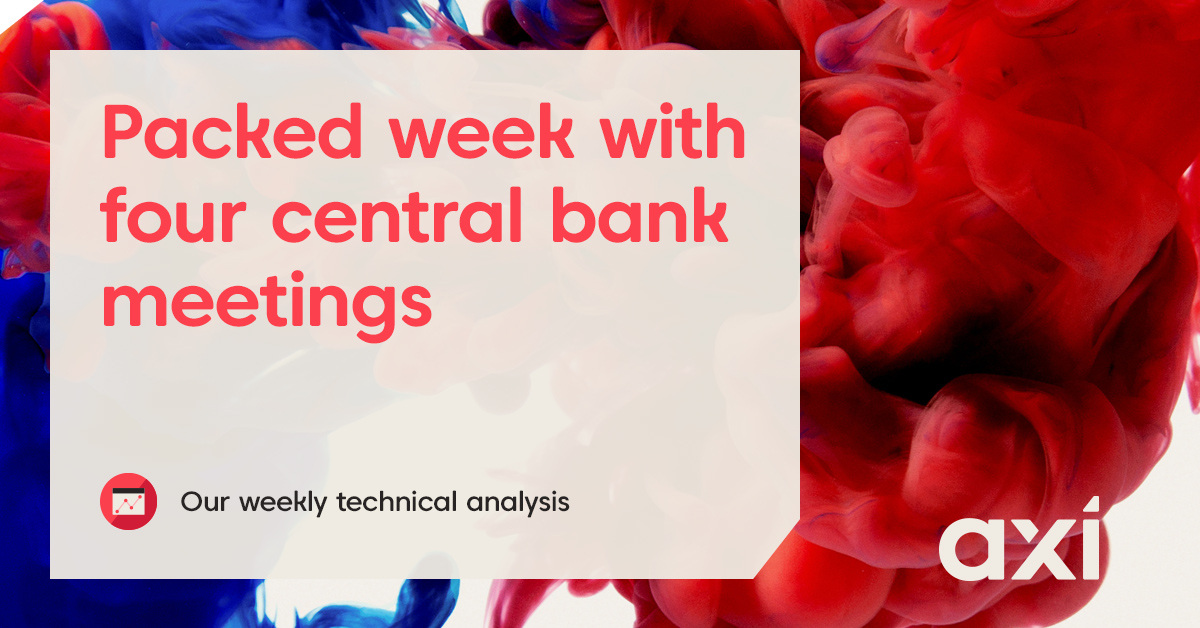 We certainly don’t have to worry about a lack of events this week; aside from an abundance of economic data, there will be four major central bank meetings occurring within only 3 days. Traders should therefore brace themselves for a continuation of the rollercoaster ride ahead of the festive period and we should see volatility spiking across all markets, from equities to FX and commodities – not to mention cryptocurrencies.

Bank of England to stay put

The Bank of England is likely to keep rates unchanged until early next year, as it’s still unclear what impact the Omicron variant will have on UK economy. Markets still see this month´s rate decision as a close call, but with the short-term outlook having turned bleaker, the BoE is more likely to stall a rate hike than not, despite inflationary pressures.

The impact of the BoE meeting is likely to end up mildly GBP negative. Given the risk-off sentiment in the FX market, traders might want to keep an eye on GBP/JPY. The currency pair is in a clear downtrend and a break below the psychological support level at 150 could quickly lead to a test of 148.45 support. A clear break below this level would be a victory for GBP/JPY bears and pave the way for the next big move lower.

The Federal Reserve will keep interest rates unchanged on Wednesday but is likely to announce a faster unwinding of its bond buying program and signal that a rate hike could come sooner than initially thought – with potentially two of them happening next year.

The central bank does not seem overly worried about the emergence of the Omicron variant as of now, but at the same time inflationary pressures are increasing, forcing Fed Chair Powell to stop calling the spike in inflation "transitory".

Wednesday´s FOMC meeting is likely to boost the U.S. Dollar while weighing on US stocks –the technology sector in particular. USTECH managed to recover from the recent sell-off, but the rally is standing on shaky legs as the Fed is turning increasingly hawkish. A break below the psychological support level at 16,000 points could pave the way for another test of the recent low at 15.540 points.

While the Fed has moved on from calling the rise in inflation "transitory", the ECB is likely to take a more cautious approach as Europe is in the midst of another wave of the pandemic. The central bank will likely keep the Pandemic Emergency Purchase Program (PEPP) running until March 2022, as initially planned. The ECB meeting could end up being a non-event for markets, but the Euro will come under increased pressure as other central banks step up their hawkish rhetoric.

EUR/USD is set to extend its decline in the near-term. The recent consolidation is likely to come to an end soon, paving the way for a continuation of the downtrend towards the major 1.10 support level.

While the major cryptocurrencies managed to stabilize, there are no signs of a sustainable recovery for now. Bitcoin remains on shaky legs, and while Ethereum performed better over the past week, traders are keeping a close eye on the support area between $3880 and $3920. A clear break below this area could pave the way for a deeper correction in ETH/USD that could extend to the 50% Fibonacci of the July-November rally, which lies at $3291.